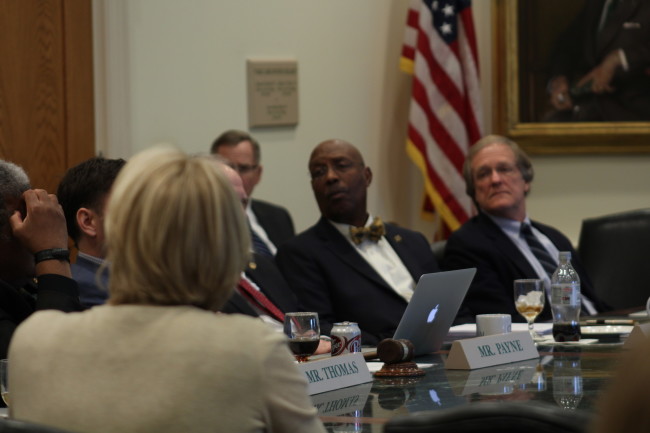 When the Board of Visitors met this week, they learned that a new COLL curriculum class may be in the early stages of development for future freshmen at the College of William and Mary.

I thought this topic would be perfect for that sort of course,” Saha said. “It’s reprogramming life, or even, if you take it to an extreme, making life. One idea was looking at this throughout history and blending it with historical sources.”

“I thought this topic would be perfect for that sort of course,” Saha said. “It’s reprogramming life, or even, if you take it to an extreme, making life. One idea was looking at this throughout history and blending it with historical sources.”

Saha says that she envisions a COLL 100 class — a discussion-based class that all freshmen at the College are required to take — which intertwines synthetic biology with historical or literary elements to attract liberal arts students. Saha, who holds a doctoral degree in history in addition to one in biology, said that she always tries to think of her research topics with a historical perspective. She said “Frankenstein” could work as a cross-study between literature and synthetic biology.

Saha also serves as the faculty administrator for the College’s International Genetically Engineered Machine, or iGEM, team, of which student Caroline Golino ’17 is the captain. In a presentation to the Board of Visitors Feb. 9, Golino discussed the importance of synthetic biology to many different research projects in science. She discussed the iGEM team’s 2015 award-winning project on biological noise and its role in genetic circuits.

“Our project focused on real-world circuits that have real-world applications, such as biosensors or other things,” Golino said. “If you want to build a more stable circuit, you should really be taking [noise feedback] into account during the building process. More importantly, we even created a set of tools so other teams could conduct their own noise measurements.”

This research could potentially help scientists and doctors create better-integrated medical apparatuses such as prosthetics, bionic limbs and synthetic organs.

We really wanted to see how far we could push these circuits without changing their base structure,” Marken said.

“We really wanted to see how far we could push these circuits without changing their base structure,” Marken said. “Instead of just taking one input and responding a single way afterwards, the engineer would like to allow this cell to take in one input and respond in a variety of ways. The important aspect is that the original circuit remains unchanged, allowing it to more effectively work with native circuits.”

Like the work that Golino described, this work in synthetic biology could allow for more sophisticated bionics and synthetic organs to be created and paired with people who need them.

Saha says this work from the iGEM team could make a difference in the lives of many people, but she realizes that the science behind these developments can seem overwhelming.

“I’m always thinking about how I can get non-science majors to really appreciate science,” Saha said. “Not that they’ll major in it, but even if they’re going to maintain their careers in the social sciences or humanities, to at least look at the New York Times articles that are scientific, read Scientific American, keep up and be informed voters about what’s going on in science.”

Saha said that this idea is only in the planning stages and that nothing is written in stone, but she is excited to see where this idea moves in the future.

No solid plan is in place for the introduction of such a course, but Saha said that she is hopeful that this idea will catch on with others at the College.