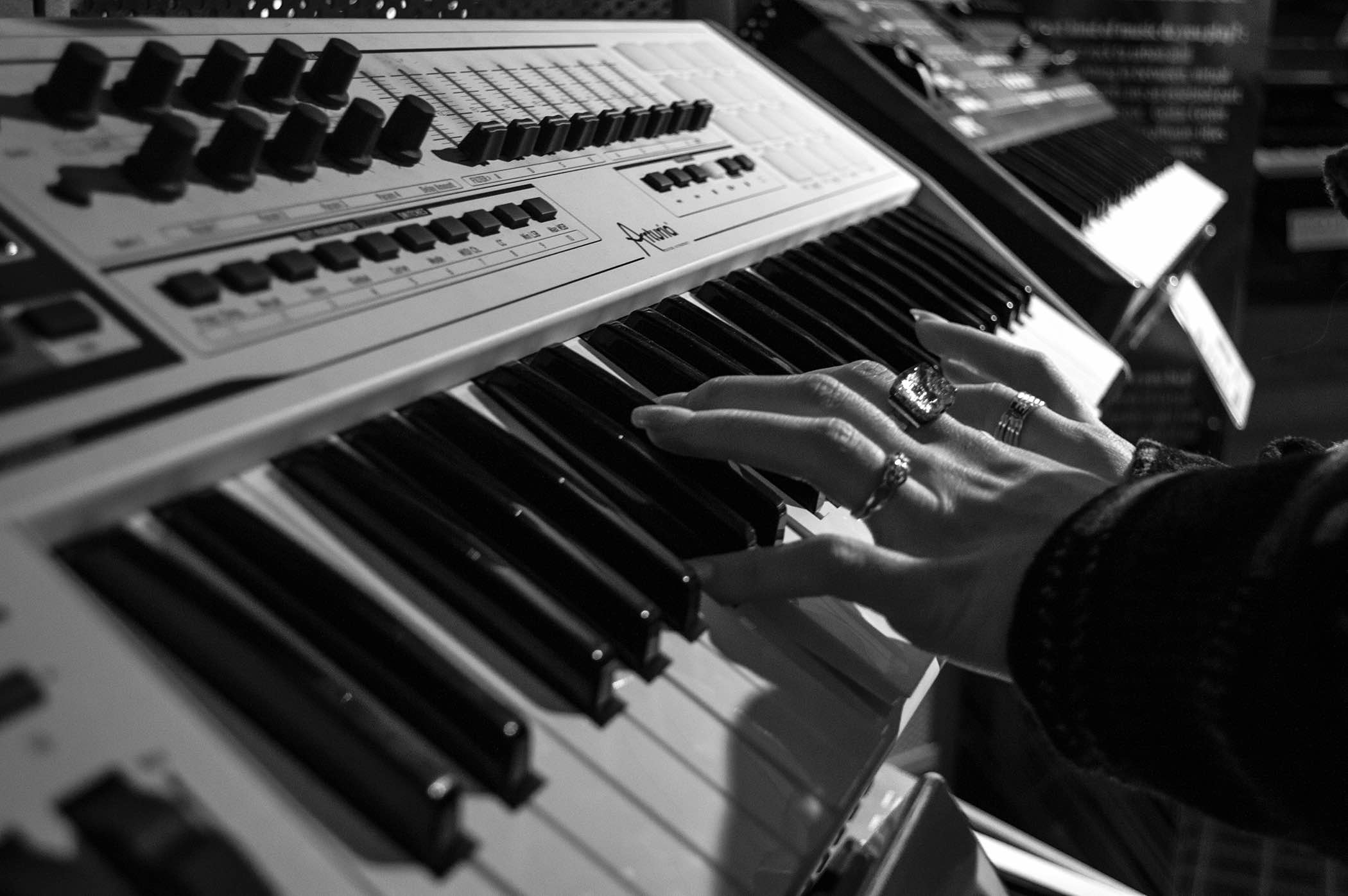 A few years ago, brothers Chris and Chip Cosby were living on different coasts. Chip was working on his Ph.D. in San Francisco, and Chris was living in Richmond, Va. Chris began working on songs, which he would occasionally send to Chip to get his input. From these songs, the first album of the pop band Heartracer was born.

The album, called “In Flight,” was originally a project created by just Chris and Chip. It was later re-released after Heartracer created more of its own music as a band.

Heartracer has released two EPs: “Eat Your Heart Out” (2016) and “Summer Gold” (2015). The band is comprised of three members: keyboardist and vocalist Chris Cosby, guitarist and vocalist Chip Cosby and drummer Bryan Reyes.

All three members come from slightly different musical backgrounds, but one thing they all have in common is that they grew up listening to angsty pop music.

“I think there is a common denominator, there is a medium with that kind of emo, pop-punk, that whole movement that we all can associate with,” Chip Cosby said. “I think we would all describe that in a different way, but I think that medium is something that actually brings us together.”

“We just want to write music with integrity,” Reyes said.

Originally the band was named Cosby, after brothers Chris and Chip. Both felt that Cosby was not a good name for a band and instead decided to name the band Heartracer, after a song on their EP, “Summer Gold.”

“We wrote a song called Heartracer down the line, which is on our EP, called “Summer Gold,” and originally that song became a signature thing for us,” Chris Cosby said. “We did a music video for it. We did a kickstarter. We kind of became associated with that song.”

Bryan Reyes also added that Heartracer was representative of the sound they had originally been striving to create.

“I think there’s something nostalgic about it, something kind of 80s-esque, which was kind of the approach from the beginning with this project,” Reyes said.

Chris Cosby, however, wants to clarify that the band’s sound is not limited to just 80s music. Heartracer’s sound can best be described as retro pop.

“I don’t know if it’s as much 80s as we just kind of combine retro sounds with modern, contemporary songwriting techniques,” Chris Cosby said.

In fact, whenever Heartracer is asked about its musical influences, the band’s members usually answer the question by breaking down their influences into older and newer influences. The band cites The Commodores, The Police, Fleetwood Mac, Neil Young and Simon and Garfunkel as just a few of its older influences. A few of its newer influences are M83, Empire of the Sun, St. Lucia and War on Drugs.

“I think there is a common denominator, there is a medium with that kind of emo, pop-punk, that whole movement that we all can associate with,” Chip Cosby said. “I think we would all describe that in a different way, but I think that medium is something that actually brings us together.”

An important component of Heartracer’s sound is the contrast between the lyrics and the instrumentals.

“A lot of lyrics tend to be a little more cynical, and there’s kind of this cool contradiction because the music tends to be more upbeat,” Chris Cosby said.

According to Chris, those cynical lyrics are an important component of their music. He feels that a lot of current pop music sacrifices substance in order to create a catchy tune. All three members say that’s a sacrifice they are not willing to make, and feel that it is also a sacrifice that they don’t have to make.

“We just want to write music with integrity,” Reyes said.

Heartracer has grown and matured as a band over the past few years. Reyes is actually the band’s third drummer. He says he feels the band is in a good place now.

“I think we’re in a place where everything feels really good … and we all just have a strong collective understanding of what it is we’re trying to put out there,” Reyes said.

Recently, the band recorded a new EP with a producer named Andrew Lappin, who has worked with St. Lucia and M83, some of the band’s modern influences. The band sent Lappin a batch of about 13 songs, and narrowed it down to an EP of the strongest five songs. Lappin and Heartracer corresponded over a period of six months, revising the songs, before the band flew out to Los Angeles to record the EP during the first two weeks of August.

“I think we’re in a place where everything feels really good … and we all just have a strong collective understanding of what it is we’re trying to put out there,” Reyes said.

The band recorded in two studios. The first was called Lucy’s Meat Market, which was full of old synthesizers and guitars. It also recorded at Sunset Sound, a studio where artists and bands like Paul McCartney and the Doors have recorded their music. While it was there, the band even played on Prince’s basketball hoop.

Chris Cosby said the band is still searching to find Heartracer’s sound, but he said he feels that it get closer to it with every record it puts out. The band’s latest EP will move away from 80s pop toward pop sound that feels more natural to its members.

Heartracer has also been consistently playing live shows for the past couple of years. In December 2015, Chris Cosby was wearing a pair of light-up glasses while playing a set at The National. At the end of the set, Chris took the light-up glasses and placed them on James Irby ’19, who had been standing in the front row. According to the band, Irby has been following Heartracer through social media ever since. Recently, he reached out to the band and asked if it wanted to play at the College.

“It’s kind of funny how one little thing you do … can change the events of your future,” Chris Cosby said.

Heartracer will be performing on the Sadler Terrace at 5 p.m. as part of AMP’s weekly concert series, Fridays at Five.