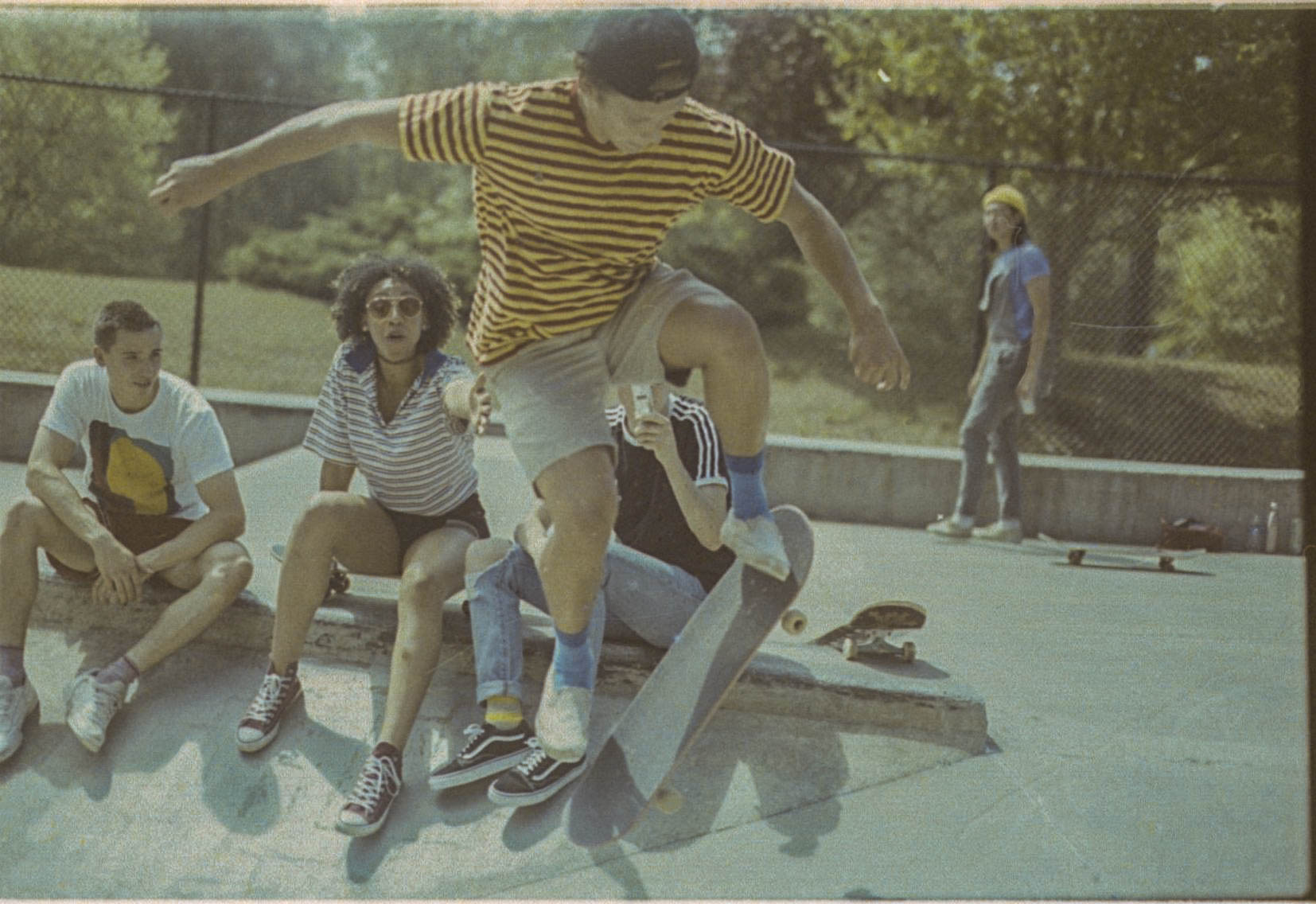 Williamsburg, New York and Williamsburg, Virginia don’t have a lot in common. One is known as a hub for artists and up-and-coming designers. The other is known for its colonial charm. ROCKET Magazine, a student art publication at the College of William and Mary, might bridge this gap, providing  a community for students interested in pursuing fashion, art and photography at the professional level.

“I found a copy on a table in Swem as I was just lying out during finals first semester freshman year,” Arias said. “I sent them a few emails over winter break saying, ‘Can I please join?’ and I ended up getting on the style team. I came from a very strong arts background, I didn’t find the community I had back in high school and I was looking for people interested in arts and fashion that I could share that passion with. When I saw that copy in Swem, I was so thrilled that I found an organization that shared that.”

The magazine publishes two print issues a year, occasionally publishes online-only content and as of last year, hosts an annual fashion show titled ASTRAL. The staff is home to beauty experts, photographers, videographers, editors and stylists who all play distinct roles in coordinating each photo shoot and event.

According to Arias, what makes the staff unique is that even though some come in with strong technical skills, others learned their skills only after joining ROCKET, illustrating their adaptability.

“I would say that the staff of ROCKET are all incredibly driven people that are willing to learn,” Arias said. “While people might not come into ROCKET with a certain skill, they are so driven and curious that they will teach themselves the skills they need to grow and thrive. Nothing is out of the question, someone will just learn how to do it. It’s great to work with a team of just highly creative people.”

Andrew Uhrig ’20 works as the magazine’s photo director, and enrolled at the College with only a few months of photography experience. Now, Uhrig works to develop conceptual ideas for photo shoots, helps to execute those shoots and oversees the editing process.

“I was only doing photography for seven months before I came into doing ROCKET,” Uhrig said. “I hadn’t taken any formal classes, I just worked really hard when I got on ROCKET to produce more content. I had an array of creative work, I used a knockoff version of Photoshop and Google was my best friend to look up how to take nice photos.”

Arias herself is not unfamiliar to picking up new skills quickly. She said that when she first became editor-in-chief, she wanted to learn how to redesign the print version of the magazine to make it competitive with professional fashion publications. To do so, she researched how to use Adobe InDesign and learned about different page sizes and paper weights to give the magazine a completely new look.

ROCKET Managing Editor Emmel El-Fiky ’19 said that beyond learning new skills over the last few years, she has seen the staff work to change the publication’s relationship with the broader student body.

“When I first joined, ROCKET was rather isolationist in that we created the publication mostly for ourselves and it wasn’t created with the mindset that people would look at it and talk about it,” El-Fiky said. “Then, the more involved I got, the more it became that we needed ROCKET to be a talking piece. In doing so, we realized we needed to be more conscious of what we are putting on our pages. We emphasized diversity, inclusivity, intersectionality … it showed different perspectives than what we had shown before.”

Arias said that she supported this change as part of her work to help the publication grow and become more relevant to the student body.

“I have worked on turning ROCKET into not just something that is aesthetically pleasing but something that deals with the intersection of fashion and publication and art and politics because they are so intertwined,” Arias said. “The students at William and Mary are so affected by these sociopolitical events that we can’t stand off to the side as an objective bystander, but we need to learn our voice. We have been working over the last couple of years to move in that direction, and that’s something I hope to see continue on over the year.”

Although the magazine’s staff has worked hard over the last four years to change its focus and image on campus, the everyday work matters just as much to them.

El-Fiky works as both the managing editor and as the co-editor of the features section, which means she is responsible for managerial tasks and for curating and editing all of the articles and art that go in the features section. She also writes her own articles, and said that with each one, she’s been trying to improve her work.

“I think every piece I have done I have been proud of,” El-Fiky said. “With each new piece I try to challenge myself to write something more prolific than the last piece. Where I started was an interview with two students who had radio shows. … The pieces I am proudest of are the ones I am working on. They are more challenging than anything I have done before.”

Besides executing photo shoots, Uhrig said that their days never look the same when it comes to working on ROCKET. Uhrig is sometimes responsible for discussing which models should be used, proposing new concepts, deciding what issues are pertinent to the magazine and thinking about how fashion can be an exploratory tool.

“One thing I’ve just been in a meeting about is the fashion show coming up this week,” Uhrig said. “I’ve been helping with casting models, doing lighting design for the setup. The night of I am going to be doing production directing, set up the lights, make sure the models and designers are ready, and there will be a shoot there that will go into the magazine. Beforehand, we’ll do a photo shoot too.”

For Arias, El-Fiky and Uhrig, ROCKET provides a community that allows them to explore art as well as the possibility of professional careers in the arts outside of their majors. They all additionally said that it has allowed them to find a space for creativity in their lives.

“I would like people to know that you can be your own person on ROCKET,” Uhrig said. “It doesn’t take knowing how to do a lot of things technically to do what you do. I just knew how to do a good amount of cool, creative things, and I learned the technical aspects as I went along. As long as you’re creative and you can show that, you can be a part of ROCKET.”