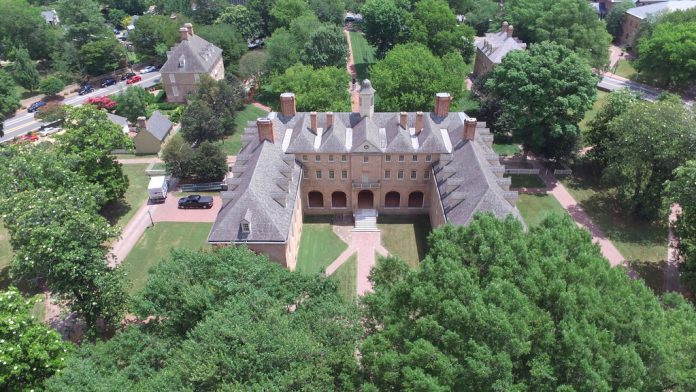 Born and raised in Birmingham, Alabama, I have never experienced a fall where temperatures dropped below 80 degrees Fahrenheit. In the south, our seasons revolve around one common weather pattern: heat, purely unrelenting and skin-sizzling heat. Winter is boiling, summer is scorching and the closest anyone can get to fall is when they spray paint their trees red and pile their pickup trucks with pumpkins.

While I was deciding which clothing I should bring to school, my parents made sure that I brought ski pants and a parka because they imagined that if I so much as stepped outside in Williamsburg’s winter weather I would end up freezing to death.

However, now that I’m here and we have officially entered the fall season, I could not feel more at home. Temperatures this past week have been climbing well above what is typical for Virginia autumn weather, even reaching up to 99 degrees October 2. Just for reference, the average temperatures in Alabama last week stayed in the low 80s. I came to the pseudo-north for cool autumn winds and crisp fall colors, not Birmingham-style back-woods humidity.

I will admit that Williamsburg is a swamp and there is only so much cool fall weather can do to alleviate this, but warmer fall temperatures are a relatively new phenomenon for the city. Just a decade ago, the average high for early October was a little over 73 degrees. But, in the last two years, the averages have been steadily reaching into the low 80s, well above historical averages.

Cities around Virginia have been experiencing warmer fall temperatures as well, including nearby Norfolk which saw a 1.4 degree increase in 2018, according to independent scientists from Climate Central.

The weather in Williamsburg isn’t expected to return to historically average temperatures until early November, falling to cooler 61 degrees on average. But this trend of  late-onset fall weather is not a problem specific to Virginia. The entire U.S. experienced a 2.5 degree warmer than average autumn just last year and the Earth just saw its warmest September on record, rising 1.2 degrees from the global average between 1981-2010 according to a study from the Copernicus Climate Change Service.

So, what’s going on? Are we just expected to abandon the idea of October being a month of cozy scarves, pumpkin spice lattes and autumn leaves?

We are currently experiencing the impacts of climate change on our everyday lives. Human activities like greenhouse gas emission and combustion of fossil fuels all have warming effects on the planet, which we often only consider on a global scale, rather than the immediate effects in our lives.

Popular media and prominent research usually only address the big picture of climate change, focusing on issues that affect the earth as a whole like biodiversity or wide-spread pollution. However, by fixating on a broad view of climate change, the day-to-day details can often be overlooked. We forget the ways that our destructive actions impact us on an everyday level: for example, warmer autumn temperatures.

The warmer fall weather means far more than just delayed sweater weather. There are actual impacts to the planet that arise from temperatures that are just a few degrees warmer. Delayed or decreased harvests, quicker gestation for mosquitos and greater energy usage from air conditioners are all among the extremely harmful consequences to rising fall temperatures.

While activists, scientists and politicians continue to argue over what is causing climate change how global and domestic communities should address the crisis, temperatures around the world continue to rise, ice caps continue to melt and eventually fall weather will become a distant memory.

While autumn warms and begins later, we are losing much more than pumpkin spice and colorful leaves. We are losing the very integrity of our fragile planet.