I apologize for being so late to the party on this one, but apparently, I’m not the only person who didn’t go see “The Goldfinch” in theaters. 100 million dollars sunk into a movie that has grossed less than 10 percent of its exorbitant budget to date — it was a flop in the purest sense of the word. I’m not sure if I can say anything that the critics who ripped this movie to shreds months ago haven’t already said, but here’s my take.

Before I get into it, a disclaimer: I have not read the Pulitzer-Prize-winning source material yet, so I’m not familiar at all with the novel, and how it might succeed or fail as an adaptation. I own a copy, and I plan to read it eventually, but as of now, I’m approaching this movie as someone who had zero background knowledge going in. There will be spoilers in this review.

For anyone who missed its cinematic, poignant trailers, “The Goldfinch” is a recent film based on a 2013 novel of the same name. The story follows a boy named Theo through the thoroughly unconventional struggles of his youth, having stolen a famous painting from the Metropolitan Museum of Art on the day his mother was killed there. I bet it’s pretty rough, adapting an award-winning 700-something page novel to the big screen, but I know it’s not impossible. “The Goldfinch” is nearly three hours long and still manages to gather only the barest semblance of the novel’s plot — I’d never even read the book, but something about this film told me there was a lot I was missing.

This mainly resulted from the pacing — there were moments when many things happened all at once, and great stretches of time where nothing seemed to happen at all. It seemed as if the film spent time on the wrong parts of the plot; it ended up simply glancing over the details that would have been necessary for the story to work and for the characters to be compelling. For example, I never quite knew where Theo and Pippa stood. Were they simply childhood friends? Pen pals? How often did they see each other, and how feasible was a romance between them? Was he in love with her, or the idea of her? Boris’s feelings were similarly unexplored, and he seemed to return to Theo’s life as nothing more than a plot device. The whole three hours are clearly incredibly rushed in order to pack in as much content as possible, yet the film barely scratches the surface of what was clearly a really complicated book plot. A lot of points were also introduced at the wrong times. It was done for emphasis, of course, but I would rather have had the exposition so that I actually understood plot points as they were happening — the history of the painting, for example, or the context of the explosion. And since every big reveal about the incident itself had basically already been fed to us in flashbacks, I never felt satisfied when I did get to learn more.

The actors did a fantastic job with what they were given, of course, but every major character in “The Goldfinch” seemed to be precocious or pretentious or overly poetic, and none of them sounded like actual people you could meet. There were a lot of little things that bothered me about them. The Barbour family’s first names were overwhelmingly awful, and I had to hear them out loud so many times. It seems as if they were supposed to be a near-caricature of a perfect family, but they were introduced so early in the film that it kind of established an annoying tone for the rest of it. The film tries tremendously hard to be artsy, and it uses this artsy-ness in turn to hide the rest of the train wreck. There was also a lot of name dropping over the course of the movie’s runtime, which annoyed me right up until the point where Jeffrey Wright fed me the theme at last: something about the ignobility of caring too much about objects, and the fascinating quality of immortality that these objects have, their ability to persevere, just like Theo managed to somehow persevere through his whole dismal life.

This leads me to my least favorite thing about “The Goldfinch” — it is unrelentingly bleak and upsetting, and there’s barely a moment of relief in the entire two-hour-and-30-minute runtime. The more I watched, the more maddening it became. At some point, I voiced a complaint; I didn’t want to watch this kid get smashed emotionally in every possible way with scarcely a moment to breathe in between. It was grim to the point where it was hard to watch, and I honestly wished that I could enjoy the movie more. This prompted a family member to tell me that tragedy shouldn’t be entertaining, a stance I strongly disagree with. It’s not as if I want to feel giddy inside when I watch a more serious film, but entertainment doesn’t have to be as simple as something that makes you smile. Something can be entertaining when it’s interesting to look at, or intellectually challenging, compelling and interesting, emotional. And this movie wasn’t really any of that. 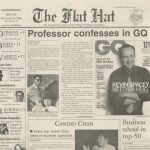 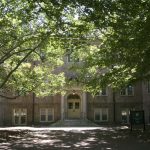