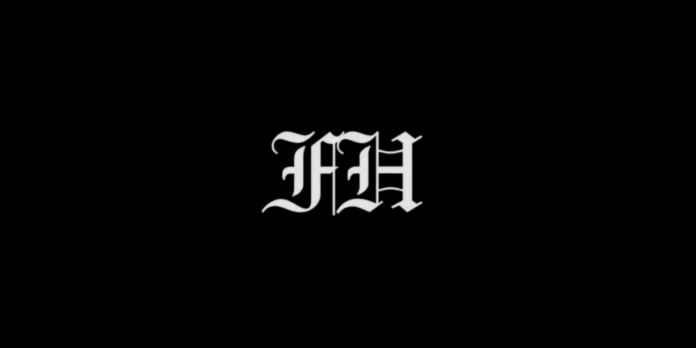 Tuesday, April 12, Abby Aldrich Rockefeller Professor of Asian Art at Harvard University, Eugene Y. Wang gave a lecture titled “How was Art Electrified? The Formation of the Global Brain in China” in Andrews Hall. This lecture was sponsored by the College of William and Mary’s department of art and art history and contributes to the celebration of the Asian Centennial at the College. Wang is also a Guggenheim fellow and the founding director of the Harvard Chinese Art Media Lab, which is devoted to showcasing art and cultural works through multimedia representation and allows viewers to access archival work through modern, cutting-edge formats. Wang’s current research is centered on integral art and consciousness.

Wang was introduced by Dr. Xin Conan-Wu, the Margaret Hamilton associate professor of art history and the associate chair of the department of art and art history at the College.

“Professor Wang’s scholarship probes into the depths of the long history of Chinese art with insights and interpretations of new materials and the rigorous reexamination of established canons,” Conan-Wu said.

“His current research centers on art and consciousness, integrating historical inquiry with cutting edge technology through digital humanities. The depth and the breadth of Professor Wang’s scholarship reminds us of the rigor of the discipline of art history itself,” Conan-Wu said.

Wang then began his lecture by introducing the basis of his research, briefly outlining the relations between artistic mediums and modern technological innovations.

“So, I want to talk about something that actually concerns nowadays a great deal, and that is ecology and art, and also the status of photography in this day and age when digital culture makes so much change in our landscape. So, all of these kind of converge on the subject which I call ‘Art and Electricity’,” Wang said.

Wang displayed a list with three key notations which described three crucial components from 1897, marking critical moments in Asia and the United States. The list contained the name of Tan Sitong, the name of Nikola Tesla and the Shanghai south city power plant.

A photograph taken at the Picadilly of China Studio in Shanghai was then shown, featuring a grouping of modern intellectual elites from China, including the well-known Chinese politician and thinker Tan Sitong.

“The way that these figures are grouped is extremely, as I said, qualified and loaded,” Wang said. “And also, they were really some of the bigshots in China. The formation, the choreography actually do contain a number of allusions. For one thing, if you count, there are seven of them, which is culturally very significant. It actually refers to the Seven Sages of the Bamboo Grove in early medieval China, when these eccentric figures would lounge around in nature, defying conventions.”

The photograph also alluded to a traditional Chinese “elegant gathering,” which was depicted in pieces such as Xie Huan’s handscroll, “Elegant Gathering in the Apricot Garden” from 1437 and involved scholars gathering in garden settings and exchanging poetry, making remarks and enjoying tea.

Wang discussed Tan’s eventual execution, which served as punishment due to his affiliation with a group of reformers who attempted to assassinate Empress Dowager Cixi. Though Tan had the chance to flee the country, he chose to stay in China, returning to his home in Beijing. Tan was arrested on Sept. 25, 1898 and executed two days later, alongside five others. Historically, these six men are referred to as six gentlemen of the Hundred Days’ Reform.

“Unfortunately, Tan and his like-minded radical reformers saw that China was in deep trouble and so they were very critical of what was going on, and then he and others decided to push for reform and that reform failed and then he and five other collaborators were executed,” Wang said.

Historians and art historians have attempted to analyze the inner workings of Tan’s mind, particularly in relation to his remarkably calm approach to his execution, as was recorded in his calligraphy before his death. Though Tan had the chance to escape, his choice to remain in his home and approach execution openly leaves many scholars yearning for details regarding his mentality.

Tan also wrote extensively prior to his death, including an eloquent letter to his wife while imprisoned. Scholars have often referred to Tan’s words in attempts to understand his thought processes.

“Now, this gives even more reason to think about what goes through his mind, and it has to do with how he considers what the body comes down to,” Wang said. “What is this thing we call body, and does it matter that we die, or that the body perishes? Does some kind of consciousness still live on? For Tan, of course it ends positively. Body would just be this shell, while something else called consciousness could still live on.”

Tan’s mindset was partly reinforced by his substantial knowledge of Buddhism and familiarity with the Buddhist sutras, which view the body as a carrier of consciousness that one tends to.

“You might wonder why the camera or the telescope have anything to do with a late 19th century understanding of consciousness, of life and modes of being. Well, it has everything to do with it. Prior to this available lens in technology, when you read about massacres and death in books, a lot of the time it is just figures and numbers and doesn’t mean much. But once they encountered technology, they could feel the difference,” Wang said.

Wang explained Tan Sitong’s fondness for 19th century American writer Henry Wood’s book on mental wellness called “Ideal Suggestion Through Mental Photography.”
“Wood then sought out all kinds of standard treatment through Western medicine and that didn’t work for him. He followed some alternative healing processes, which actually helped him heal, so then he really began to be convinced that there are certain ways you can treat the body and soul, as some sort of spiritual healing,” Wang said.

Tan eventually read a translated copy of Wood’s book and was fascinated by the concept of mental photography in relation to the thought of electricity as a carrier, which is not confined to an individual body, but rather can travel across space and go back and forth.

“The key, therefore, is that …mind and body, or mind and matter, tend to take on different forms or have different modes of existence and now they are being bridged in a way that was actually reinforced by using modern technology,” Wang said.

“Tan and his fellow scholars initially just treated the massacres and deaths in the books as something with just numbers, but then, when they saw the Franco-Prussian War through the projections, they were really struck and really felt fellow human beings’ pain. And almost, they developed a universal sympathy, even though the war was at a far distance, they could still feel that they could relate to people on the battlefield,” Wang said.

This development of a so-called global sympathy was in direct correlation to the development of modern technology, particularly in terms of the camera, which allowed for times of conflict to become more than just statistics.

As is depicted by 19th and 20th century Chinese paintings, which often used photographic models, rather than looking at a photograph as a mirror image of the figures being depicted, traditional interpretations of photographs from scholars such as Tan Sitong urge a viewer to question the limitations of the being and the complexity of the self.

Tan’s interests in electricity and in mental photography as special media were reflected by similar interests across the Pacific, particularly by Nikola Tesla.

The junction between figures such as Tan and Tesla involves the perpetuation of modernized Indian thought by Swami Vivekananda’s teachings, which influenced a whole generation of intellectuals, including Helena Blavatsky and Rudolf Steiner. Intellectuals such as Blavatsky and Steiner began advocating for individuals not to draw a dualism line between mind and matter all the time, but rather to think of electricity and technology as a bridge between the two.

“So, all that had a bearing in the late 19th century, but also in the 21st century, which brings us to what I started with,” Wang said. “We talked about this station, the Shanghai City Powerplant, which was established in 1897. It is something that went through phases and was a source of pollution that was eventually forced to shut down…So, in 2010, it was used as an expo site and then in 2012, they turned that into some sort of art exhibition for Shanghai Biennale. Then, Shanghai Biennale became an environmentally friendly monument that was able to register the level of pollution. So, in any case, it went through a remake.”

The Shanghai Biennale exhibition touches on 19th century theorists, including Steiner, and the idea of the state of crisis for our climate due to abuse of resources. The concept of exhibition plays on the 19th century of breaking down the spiritual and the physical, trying to mix them in a way of refining the soul and has works from artists all over the world.

Wang concluded his lecture by facilitating an open discussion and inviting lecture attendants to comment and ask questions about the lecture.

“You definitely made me think of photography in a different way, especially if it’s the idea of an impression on a statue and taking an impression from a distance,” Associate Professor of Chinese Studies Emily Wilcox said. “And then with the way you explained mental photography, it sounded as though people were conceptualizing the thoughts as a kind of concrete flow that would take an impression of something from a distance. I just want to ask what you see as the implications of understanding our current internet world in that particular way?”

“Well, the question really comes down to two parts. The first is how they see photography as the way of being the bridge of mind and matter. You know, cultivating mental image has of course had a long tradition, so there’s nothing particularly new about conjuring up a mental image. So, that has been around in China for a long time. But what electricity and photography did in the late 19th century is that they convinced them that these are not just imagined, because with electricity, there is a physicality and materiality to the electric currents. And this was a big game changer,” Wang said.