The oriental bridge that overarches the waters of the Crim Dell is one of the College’s chief selling points when it comes to the beauty of the campus. Every tour guide takes their group of College hopefuls by it, perhaps mentioning the bogus Playboy ranking calling it the second most romantic spot on a college campus. Sure, it’s a tall tale, but it’s well-intentioned.


p. Ever since the current version of the bridge debuted in 1966 on the first-ever Parents’ Day (what we now “celebrate” as Family Weekend), the Crim Dell and its elegant bridge have been a highlight of what makes the College stand out.

p. The ornately arched bridge was an improvement upon a rustic, bare-wood predecessor. The old version jutted straight across the water with little fanfare ­— not even so much as a coat of paint.

p. According to Louise Kale, director of the historic campus at the College, the idea to build a new, more elaborate bridge was that of then-College President Davis Pascall, who served from 1960 to 1971.

p. “The idea of landscaping around the Crim Dell and building the new bridge was an initiative that President Pascall took during his tenure,” she said.

p. Counterproposals at the time suggested filling in the small lake, then called Lily Pond, and building a new library on the site. Pascall opposed this plan and was influential in the decision to build what would become Earl Gregg Swem Library on New Campus, rather than at the more central location.

p. Kale said the funding for the bridge and landscaping came from three different sources. “It was paid for through the 1964 senior class gift, a man named David Baer who was a loyal friend of the College and the family of John W. H. Crim,” she said.

p. Crim, a “distinguished alumnus” of the Class of 1901 according to a plaque on the bridge, was an influential attorney and a long-time benefactor of the College. While the bridge was a gift from the Class of 1964, the pond was renamed for Crim, his wife Amelia and daughter Barbara, all of whom “loved the College.”

p. The Crim Dell has always been a favored location on campus for students. Photos in the Swem Library Special Collections department show students clearing out brush and re-landscaping the area in the 1950s. Kale said she also has fond memories of the pond from her youth.

p. “In the winter time, when I was a little girl, the pond used to get frozen hard enough that we could ice skate on it,” she said.

p. Ice skating and swimming in the Crim Dell are now banned, but that doesn’t keep the pond from becoming an integral part of the William and Mary experience. Current students know that tradition stipulates that they take at least one dip into the murky waters of the Dell — in addition to jumping the wall of the Governor’s Mansion and streaking the Sunken Garden — in order to complete the fabled Triathlon before graduating.

p. One can certainly not forget the romantic power of the bridge itself. If two lovebirds pass over the bridge, sharing a kiss in the center, they are fated to be together forever — unless, of course, the relationship sours, in which case the gentleman must be pushed off the bridge by his former sweetheart. Conversely, if an unfortunate soul were to pass over the bridge alone, he or she would be destined for loneliness.

p. Regardless of the romantic superstitions surrounding the bridge, the fact remains that Pascall’s vision of the Crim Dell as a campus focal point remains reality today. Upon the completion of the Dell’s overhaul, Pascall remarked, “Here one may walk in beauty, discover the serenity of the quiet moment and dispel the shadows.” 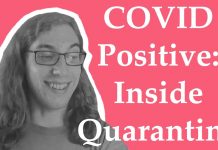