Sixteen professors from various departments in the Arts and Sciences were granted tenure this spring, but less well-known are the stories of those professors who were not. In the economics department, a professor who is widely regarded as a great teacher, Jeffrey Gerlach, was not retained. He has found a new long-term position at an MIT–affiliated business school in Seoul, Korea, and will be on a fellowship at the Massachusetts Institute of Technology this fall.


p. Several objective measures indicate student support for the professor. There were three sections of Economics 101 offered this semester, each with 150 slots and within half an hour of each other. While the class taught by Professor Gerlach was overbooked, with 167 registered, the two other course sections attracted just 89 and 78 students each.

p. On Ratemyprofessors.com, a widely-used website used by students to share their views on professors, Gerlach has a 3.9 “quality” rating, which is above the 3.6 average for tenured professors at the College. The quality rating is a combination of the “clarity” and “helpfulness” ratings.

p. “When I teach Econ 101, I include many examples from business, politics and everyday life. I believe economics is very useful for understanding the real world and I try to demonstrate that in class,” Gerlach said of his teaching methods.

p. “He is far and away my favorite teacher,” freshman Joe Hart, who has Gerlach for Econ 101 this semester, said. “He has made a subject that I did not think I would be appealing interesting, to the point that I would actually consider taking economics as a major.”
Although The Flat Hat is not authorized to release the precise numbers, student evaluations of Gerlach’s classes have also been significantly above average.

p. Department Chair Clyde Haulman agreed that Gerlach was a good teacher but would offer no further comment about Gerlach’s specific case because it was a personnel issue.

p. Dean of Arts and Sciences Carl Strikwerda agreed that it would not be appropriate for department chairs to discuss individual hiring decisions, even though the university is a public institution.

p. “The College, like almost all employers, does not comment upon personnel matters, “Strikwerda told The Flat Hat in an e-mail. “The final decision to grant tenure by the Board of Visitors is taken only after thorough deliberation by the department, an elected faculty committee, deans and the provost, along with extensive input from students and from scholars off-campus.”

p. Haulman commented on the tenure process in general, saying that the department evaluated professors based on three areas of ability: teaching, research and service.

p. Given Gerlach’s teaching credentials, this may indicate that tenured professors in the department had reservations about his publications and research. While Gerlach has had four published and forthcoming publications in economics journals during the six years since he earned his Ph.D., the accessible curriculum vitae of tenured faculty indicates that they had, on average, slightly more: 4.5 publications in economics journals during their first six years. Haulman had no comment on the analysis, other than that both quantity and quality were important.

p. “I have very much enjoyed working at William and Mary and am grateful for the opportunity the College gave me,” Gerlach said. “In every class I taught, there were bright and well-motivated students who made teaching an enjoyable experience. Although I will undoubtedly miss the students at William and Mary, I am very excited about my new position at the SKK Graduate School of Business in Seoul, South Korea … For both professional and financial reasons, this is a great opportunity for me and I can’t wait to get started.” 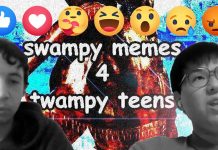