Beato said that, despite his loss, he is positive.

“I think everybody ran a hard thoughtful race,” he said. “I got along with all the candidates, and I’m glad they treated me like an equal.”

Wehle said he was surprised at Beato’s loss.

“I thought Mr. Beato has quite a few … supporters,” he said.

Wehle added that he thought his campaign was successful, considering his recent move to politics.

“I’m pleased, being a newcomer to the scene. It shows a lot of people concerned about the growth issues. I’m grateful for that support,” he said. “I wish the best of luck to the winners.”

The outcome may cast doubt on the ability of students to affect the makeup of the city council.

Haulman said that he was pleased at winning re-election, and commended Beato for a good campaign.

“Matt ran a really good campaign… he did a really good job,” Haulman said. “The get out the vote effort… really set a standard for Williamsburg.”

Had Beato received the same percentage in Stryker as he did in Berkeley he would only have received 291 votes there, instead of the 673 he actually received. That implies that approximately 382 votes came from students, which represents less than a 30 percent turnout for Beato among students.

The estimates were created due to lack of hard data. Although the Beato campaign was planning a hard count of the number of students who voted, technical difficulties on Tuesday prevented such a count. David Sievers ’07, Beato’s campaign manager, told The Flat Hat that they had counted a minimum of 300 students voting throughout the week.

“I think the main things that hurt turnout were exams, the fact that people had left, the fact that publicity right before the last few days was weak, and general student apathy,” David Husband ’09, the Chief of Staff to Student Assembly President Valerie Hopkins ’09, said. “I think more students participate in service trips than voted in this election, which says something about the nature of our college.”

Husband said that he thought a “grand strategic plan” based on registering incoming freshman could create a large enough voting base in future elections.

Detailed vote results can be found at the Virginia State Board of Elections website. Vote data from the 2006 race is here. 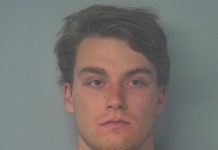