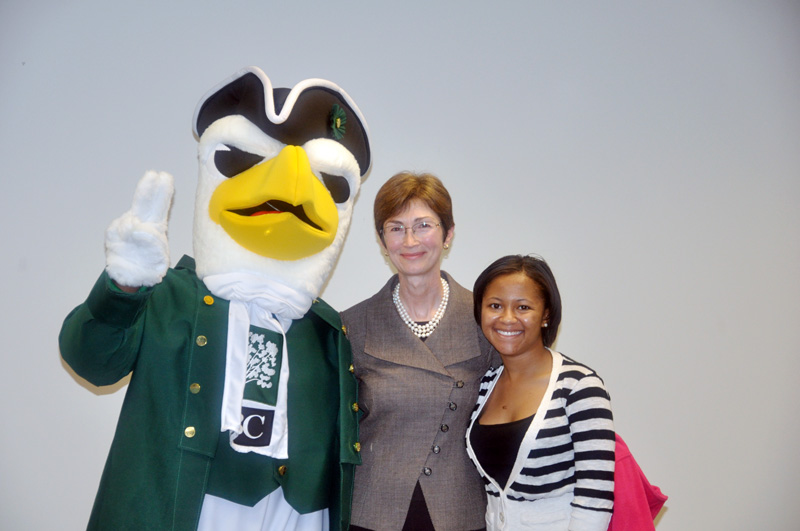 The new president of Richard Bland College, the sole junior college in Va and an affiliated institution of the College of William and Mary, has been announced.

The College’s Board of Visitors concluded their meetings this week with a unanimous decision to replace Richard Bland’s outgoing president, Robert McNeer, with Debbie Sydow. McNeer is retiring after 16 years as the school’s president.

The BOV conducted a thorough, nationwide search for the fourth president of Richard Bland College.

“In the end, it became apparent to the selection committee and the Board that Dr. Sydow offered a unique combination,” Rector of the College and BOV member Jeffrey Trammell ’73 said.

As a first-generation college student with an appreciation for two-year college programs, Sydow said that Richard Bland resonated with her for many reasons.

Sydow will leave Onondaga Community College after 12 years as its president, leaving the college with more than double the student body population. She attributed the increase to altering the curriculum so that it better met students’ needs. Such accomplishments impressed the BOV when making its decision.

“She is a recognized, national leader in higher education, focused on how to make two-year institutions like Richard Bland effective,” Trammell said. “She has a proven track record of building the academics and finances as the current president of a two-year institution, and she is highly motivated with excellent communications skills.”

One of the greater challenges she faced while at OCC was the prevalence of unions.

“Obviously in New York, there are a lot of unions. Faculty and staff were unionized, but the administration wasn’t,” Sydow said. “I gained a lot of experience in negotiations, which were designed for two parties to sit at table and work toward resolution. I was involved in working through three contracts, which was a really good training ground for effective communication, working with different groups of people. These are the leadership skills that I will bring to Richard Bland College.”

Sydow says that becoming acquainted with the college and the surrounding community and starting to craft the new strategic plan are two of her priorities.

“Richard Bland College has so much to build on, and it is in a good position to build on at a time where there is this shift in higher education,” Sydow said. “We need to understand better the resources we can utilize in order to build off of this foundation.”

Naming declining state funding for higher education as one perpetual challenge, Sydow expressed a need for Richard Bland to re-evaluate its tuition and fee structure.

“We [Richard Bland] need to be more entrepreneurial. We have added student housing, and auxiliary services is looking at ways to utilize existing resources in new ways,” Sydow said.