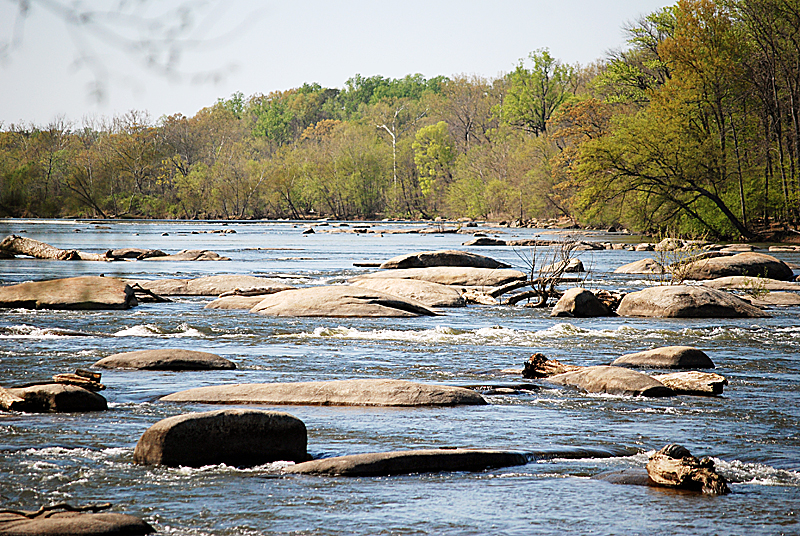 Despite elevated temperatures and with summer break just a little over month away, the Virginia Department of Environmental Quality revealed March 26 that a dip in the James or York Rivers might compare to diving into waters from either an old electrical insulation plant or toilet water.

According to the DEQ’s 2012 Water Quality Assessment and Impaired Waters Integrated Report, water in the James River was deemed impaired due to the levels of polychlorinated biphenyls, or PCBs, in its water column. Exposure to PCBs has been linked to acne-like eruptions and cancer. The York River received the same ruling due to an overabundance of fecal coliform.

“Of the [17,000 to 18,000] watersheds they tested, something like 70 percent are considered impaired, which means that it’s the worst possible categorization in terms of water quality, and that some action needs to be taken to clean them up,” associate professor of geology Gregory Hancock said.

The Environmental Protection Agency Assessment categories extend from a level one, indicating that the water fully supports all designated uses, to a level five, which means the water is impaired and a total maximum daily limit plan may be required. According to Randolph Chambers, director of the Keck Environmental Lab, the local findings are fairly typical.

“Impairment is not the exception, it’s the rule,” Chambers said.

Chambers explained that PCBs are persistent, organic pollutants that tend to remain in aquatic environments because they do not break down rapidly. They are contaminants found in the electrical insulation industry and levels are amplified in the food chain as small animals on the bottom of the river eat the contaminants and larger animals eat those animals.

“The timing of the cleaning of the PCBs is going to be long-term, and it’s probably only going to come about due to natural processes that lead to the burial of the PCBs in the bottom of the river,” Chambers said.

While PCBs remain in the sediment for an indefinite period of time, the presence of fecal coliform is only a temporary problem in the watershed indicative of a chronic discharge somewhere in a septic system or of runoff coming from agricultural fields, according to Chambers.

“If the source area from where the problem is coming from is identified and is fixed, then the river ought to clean itself out fairly quickly,” Chambers said.

Lyndsey Funkhouser ’12 noted that an overabundance of nutrients has also become a major pollutant in local rivers, causing plant overgrowth that reduces oxygen levels, and kills everything else.

Hancock also emphasized how these findings require immediate attention due to their direct consequences for Williamsburg residents.

“The James River has restrictions on fishing and shell fishing because of the PCB concentrations, and sufficiently high fecal coliform levels mean that they have to close beaches. … You can’t let people swim in water that’s contaminated from fecal coliform because there may be other bugs in there that we don’t want to be exposed to,” Hancock said.

Funkhouser mentioned that certain laws mandate buffers to filter the water, but right now the mandates are too general to make any impact.

“Instead of saying every farmer, every cattleman needs to put these trees in place to filter water before it gets to the river, we need to look more specifically at the actual field itself and see what’s really happening. … It would be more costly, of course, to implement this, but it would actually change things because right now it’s really bad,”  Funkhouser said.

Even though these proposed changes would be ideal, Funkhouser stresses the importance of implementing laws and guidelines currently in effect.

“We just need to make sure that the things that are actually supposed to be happening actually do happen,” Funkhouser said.