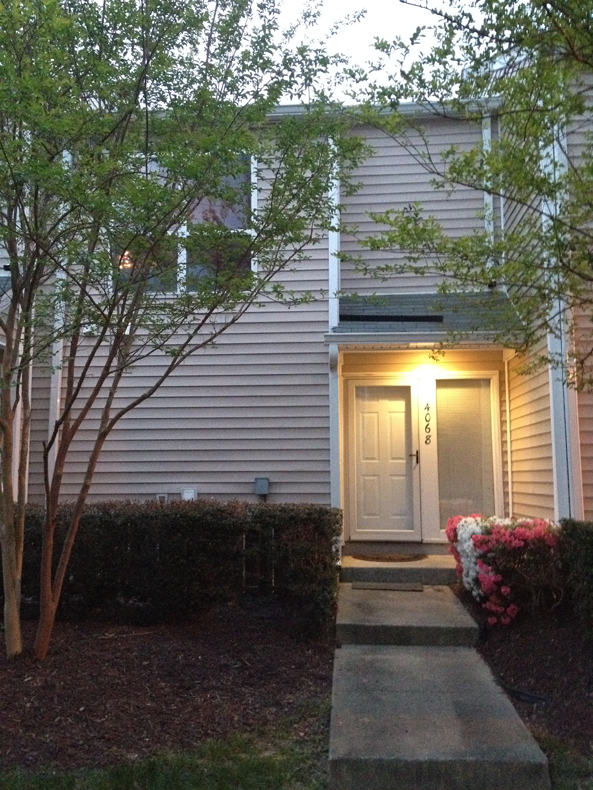 For most students, college means freedom: sleeping for half the day, Facebook-stalking for half the night and going out on a school night. No more parents to hold them down. But in a lot of ways, dorm life comes with a lot of other inconveniences that additional freedoms do not necessarily make up for. For the students that are looking for the ultimate form of independence, moving off campus is the obvious choice.

When moving off campus, students no longer have to worry about waking up in the middle of the night to a screeching reminder that they live with people who do not know how to turn the microwave off before their popcorn burns. Nor do they have to deal with overenthusiastic Resident Assistants who think that every year should be like freshman year and everyone should be best friends just because they live on the same hall.

There are a lot of reasons why 75 percent of the student body lives on campus. But with the requirement for on-campus students to have a meal plan looming, it seems that a larger number of upperclassmen are going to decide to move away from this giant brick of a campus. In that case, one factor will ultimately decide where they go — whether they have a car.

The College of William and Mary has a very unique setup that makes it difficult to find nearby housing. It is both a tourist town and super old. So that means that a lot of the local market is devoted to restaurants, souvenir shops and hotels rather than apartment buildings or townhouses. It also means that there are fewer places to build new residential buildings because a lot of nearby places have historical significance or are very close to locations with historical significance.

All these factors ultimately mean that students who  move off campus and want to remain within walking distance to classes are basically limited to two choices: the King and Queen Apartments or a nearby house. The latter option can usually be ruled out pretty quickly. Not only are local houses wildly expensive, but most are passed down through generations of clubs or friend groups, so getting one is incredibly difficult as well.

King and Queen Apartments, however, are a viable option for a lot of people. They, too, are rather limited, because there are only so many spaces to choose from and they are pretty popular. But if one is available and can be snatched up quickly enough, it is one of the best options for off-campus individuals who have to live within walking distance. They are one-bedroom and on the smaller side, but for a roommate pair looking for more space and peace from the general on-campus nuisances, this is without a doubt the best choice. It is also only about a step away from Tribe Square, meaning that getting home after a late night at the Crust is always pretty easy and there’s always a quick dinner available at Pita Pit if you decide to go without a meal plan.

When a car is available to off-campus students, though, the game changes almost entirely. A ton of additional options become available, and factors such as proximity to other amenities are then taken into account. If students are easily able to get around Williamsburg, some of the best options are the townhouses on Midlands Road. They are not only relatively inexpensive, but they are no further from campus than most other off-campus options. Because the houses are located off Strawberry Plains Road, students can approach campus from either Richmond or Jamestown Road, cutting down on the time it takes to reach their destination. Additionally, the Midlands are basically across the street from New Town, a popular weekend choice for students as well, which is only attainable by riding the Trolley without a car. Target is also just up the road, and a Food Lion is less than a five minute drive away. The location is perfect when taking into account the other things that off-campus students are not thinking about, and it is a perfect spot for those with a car who can easily travel around. The neighborhood is also very friendly, and seeing children and dogs from time to time can act as a healthy reminder that other people exist outside of the twenty-something population that lives on campus.

A number of factors need to be taken into account when choosing an off-campus home. But for a majority of students, one of these two locations will work out, depending only on the availability of a car.