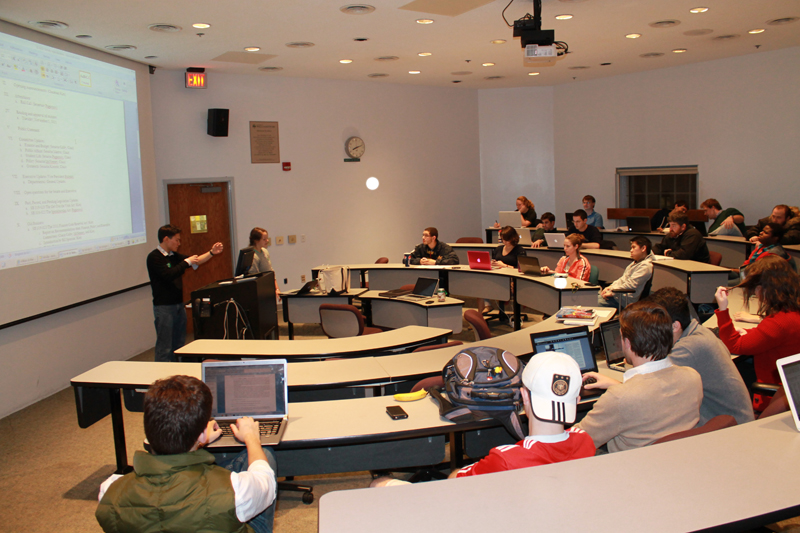 The 320th Senate held its first meeting of the session Tuesday. The Senate elected Kendall Lorenzen ’15 as senate chair and Jimmy Zhang ’15 as secretary.

“I’ve served on the senate for the past two semesters,” Lorenzen said. “I feel I could do a great job serving as the chair of the senate.”

Zhang also spoke of his previous experience in the senate as an important factor in his qualification.

“I’ve been involved in the senate for a year now,” Zhang said. “I think that I could take an even more [active role in] the student body by taking this position.”

Lorenzen and Zhang are the only senators from the 319th senate returning for another term. They were nominated and elected unopposed.

For the first half of the meeting, Kim served as interim chair. Kim reviewed senate policy and procedure with the new senators.

Sen. Zach Marcus ’12 introduced the His Holiness at the College Act, which will work to bring the Dalai Lama to campus next October. Student Assembly President Curt Mills ’13 spoke in support of the bill.

“I apologize that this needs to come right now,” Mills said. “In order to get this to happen, the President of the College needs to send an invitation in April in order for him to come in October. … [The administration] needs a down payment to send this letter through.”

Lorenzen sent the bill to the Finance and Outreach Committees.

The senate made quorum with the 13 senators present by not counting the elected senators who are studying abroad and have yet to be sworn in.