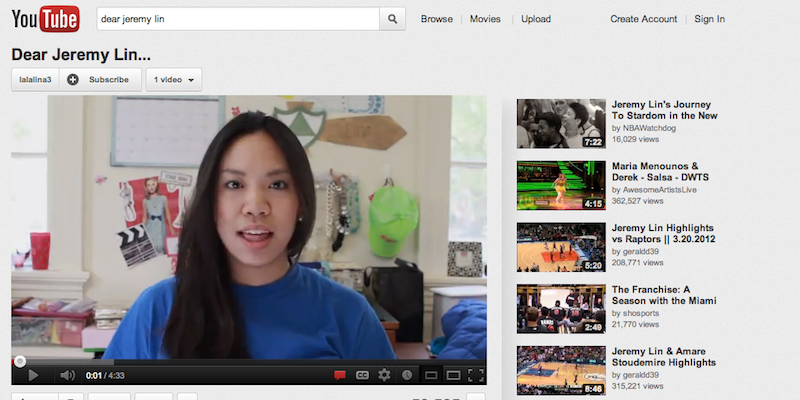 Lina Yeh ‘12 is just weeks from her sorority’s senior formal and still without a date. But the member of Kappa Delta isn’t settling.

Yeh made a YouTube video asking New York Knicks superstar Jeremy Lin to her big night. The video, complete with cameos from College president Taylor Reveley, women’s basketball forward junior Emily Correall and Wawa Pam, quickly went viral after being posted Sunday. As of Thursday evening, it had over 59,500 views.

As for Lin, who rose NBA journeyman benchwarmer to Beatles-like fame with a streak of dominant performances in early February, he’ll have to make time amidst a busy rehab schedule if he wants to attend after suffering a meniscus tear that’s kept him sidelined since March 25.