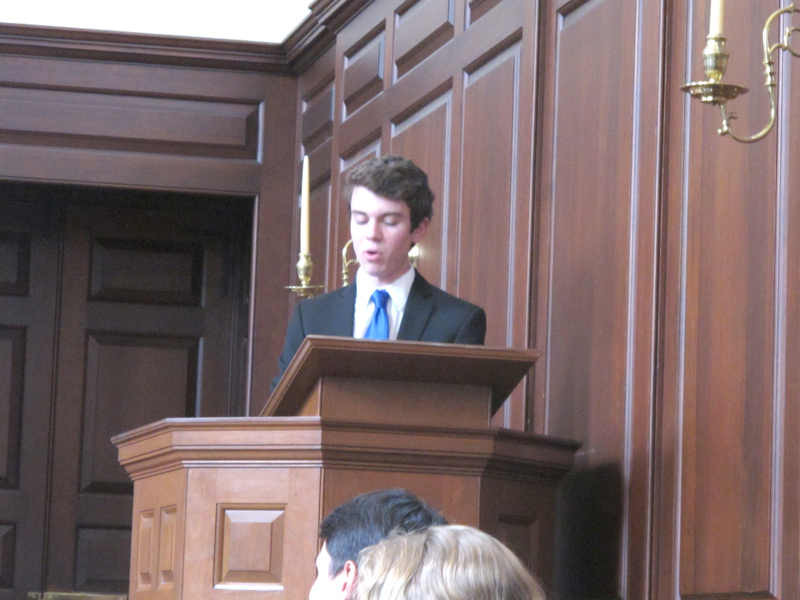 Upon taking office, one of the first steps of new Student Assembly President Curt Mills ’13 and Vice President Melanie Levine ’13 aimed to lower their positions closer to the ground.

One of the first questions posed to the pair inquired about the immediate relevance of the SA to students.

“The most important thing the SA does is control the Student Activities Fund,” Mills said. “Most people at [the College of William and Mary] are in two or more organizations, so people have a huge say in how their funding works and how the money is used.”

Levine agreed, adding that the most important role of the SA is their representation of the student body.

Students asked how the pair would build this voice, since it is impossible for them to know the needs and desires of every student group or individual student on campus. The pair cited the use of surveys and office hours as major ways to build their student representation, as well as choosing a diverse cabinet.

“The people we’re going to select for our cabinet represent a wider view of campus,” Mills said. “We’re going to have a lot of people helping us out.”

Students also asked Mills and Levine about their views of the proposed Honor Council reforms. Mills spoke in favor of the bill recently passed by the outgoing 319th Senate, but said these decisions are ultimately under College President Taylor Reveley’s jurisdiction.

The new leaders were then asked the inevitable question — how to curb the apathy of the College community with regard to the SA?

“The [SA] needs to start doing things people will go to,” Mills said. “People in the SA need to be able to explain what they are doing. … Real, tangible initiatives, even if they’re small, go a long way to engaging the student community.”

Students were also curious about the relationship between Alma Mater Productions and the SA. Currently, AMP receives the largest amount of the SA activities budget and is required to periodically report how the money is being spent during the semester.

“[We’re] just sort of letting them do their thing,” Mills said. “I think we’d get a lot done if we work as a team.”

The pair also mentioned who they would like to see at the Charter Day concert. Levine spoke in favor of Ingrid Michelson, while Mills preferred Radiohead.

Mills and Levine also polled the students present, asking what the SA could do for them in the next year. Responses ranged from more guest speakers to Blowout tanks.