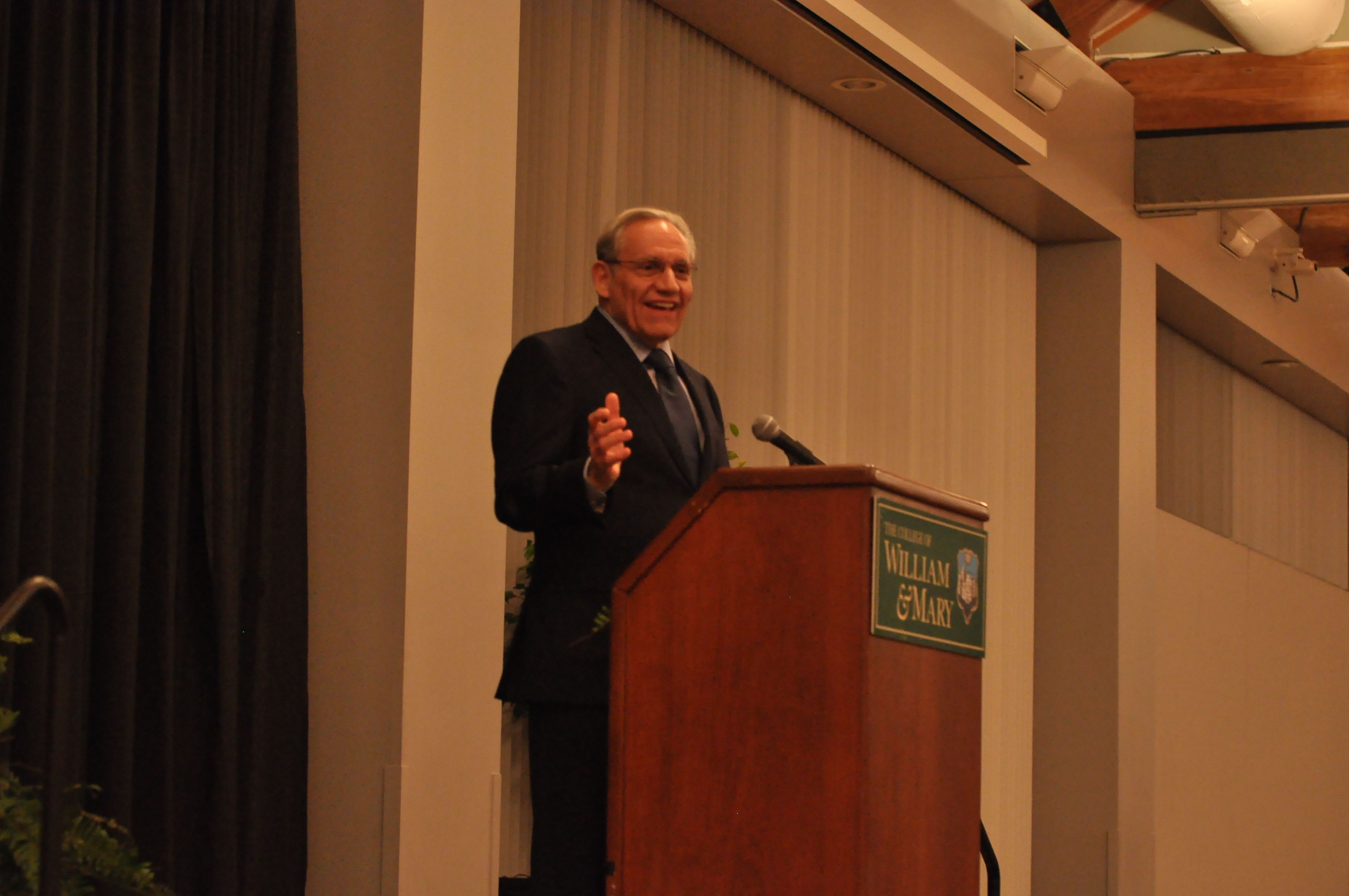 Pulitzer Prize-winning Washington Post journalist Bob Woodward spoke to a nearly full house at the Sadler Center at the College of William and Mary Monday night. Alma Mater Productions hosted Woodward, who focused mainly on his most recent book, “The Price of Politics,” but also touched on his journalistic career, the national debt and today’s Presidential election.

Woodward began with an impromptu audience poll, which skewed heavily in favor of U.S. President Barack Obama, noting that the students’ hunch was probably correct.

“[Predictions of an Obama victory] probably are true, but you can’t tell. There are all kinds of factors in the polling that make you marginally skeptical of all these sweeping conclusions,” Woodward said. “I think in this presidential campaign, the voters have not been served as well as they should have in the media. Too much focus on gaffes, polls. … You want the data that will tell you how people are and how their performance has been.”

According to Woodward, this performance,   in Obama’s case, has sometimes fallen short, especially in the case of the national deficit — the issue he named as the United States’ most pressing.

“The simple reality that we do not have our personal financial house in order … is tragic,” Woodward said. “Whose fault is it? Everyone is to blame. This is the judgment I made in the end [of “The Price of Politics”]. Obama bears the biggest responsibility here. Why? Because he’s the President.”

Woodward cited Obama’s lack of economic solutions as his main fault in this area.

“On this issue, he has not found a way to fix it. And I make the point that if you look into history, presidents found a way to work their will on important national business,” he said. “Obama did not.”

The solution, Woodward said, will require both patience and sacrifice.

“Obama’s on the right track. You have to raise taxes, probably through tax reform, which is a complicated process, and you have to cut spending,” Woodward said.

Gov. Mitt Romney’s financial solutions leave quite a bit to be desired as well, Woodward said.

“Any of the Romney supporters think his tax plan adds up?” he asked the audience, to no response. “None. Because it doesn’t.”

Woodward, best known for breaking the Watergate scandal with fellow Washington Post writer Carl Bernstein in 1972, has worked for the publication for over four decades, and currently serves as its associate editor.

Woodward commented on the state of journalism and the decline of its investigative form, for which he is most well known.

“The problem with Fox and MSNBC is that people use them to reinforce the views that they already have,” he said. “The print media is sometimes off and has its biases, but I think that’s where you’re going to get the solid reporting. The problem is the newspapers don’t have the money anymore to support these big investigative units.”

Since his first book, 1974’s “All The President’s Men,” Woodard has penned 15 additional works, many which have been national best-sellers. Woodward’s more recent publications include a four-volume book on the Bush presidency as well as two covering Obama’s term in office.