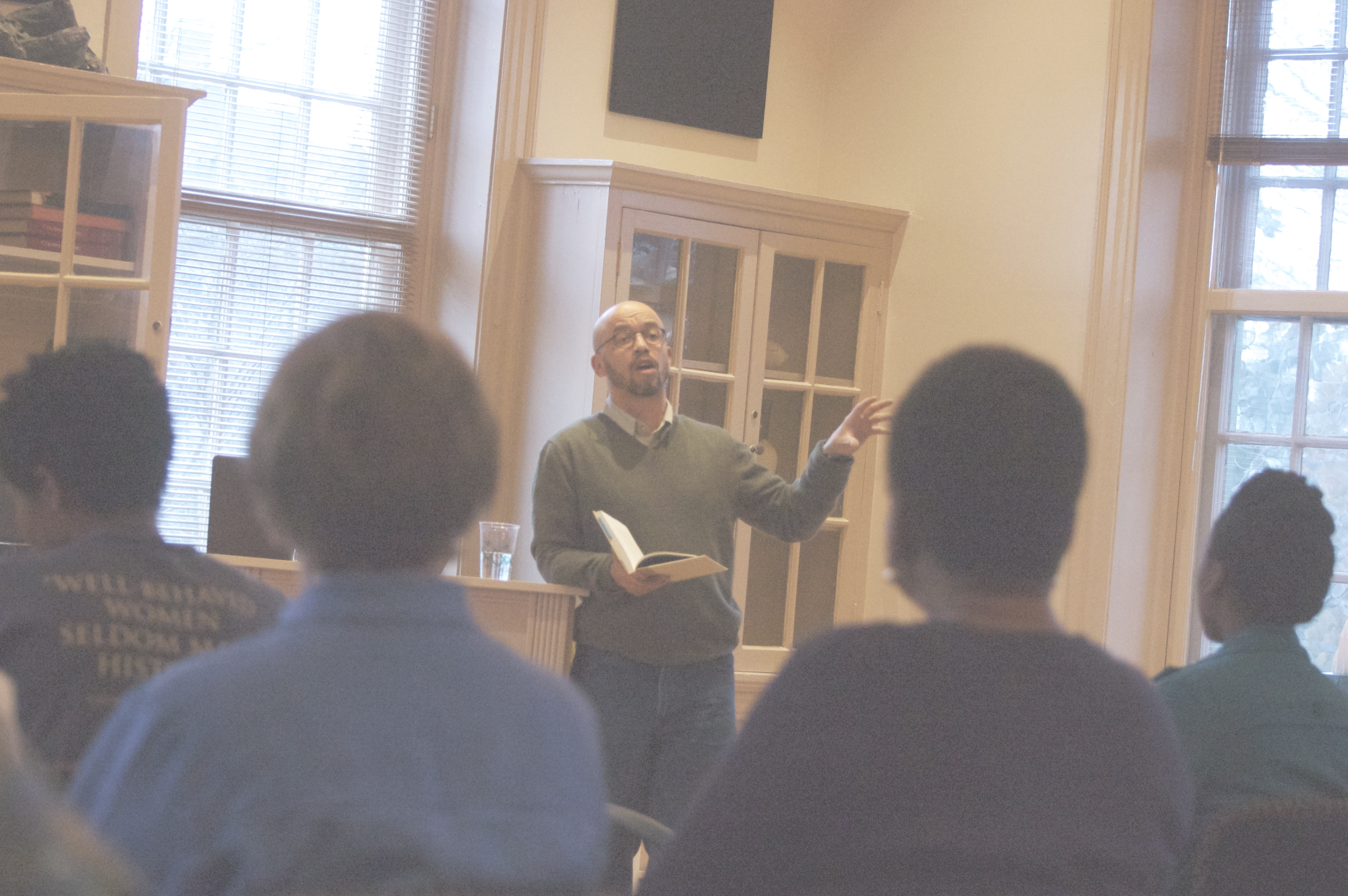 “In spite of the magnitude of American slavery, since it was more than a century in the past I was forced to conclude that my slave-born ancestors would ever remain a complete mystery to me,” Dr. Lawrence Jackson, a professor of English and African American studies at Emory University, said.

Despite scarce records, Jackson managed to uncover his genealogy and learn about his forgotten relatives — black Virginians whose lives were deeply affected by slavery and the Reconstruction period. His recent book “My Father’s Name” couples historical research on slavery with Jackson’s personal discoveries. Tuesday, Jackson chronicled this research process to students at the College of William and Mary as a joint William and Mary Scholars Undergraduate Research Experience and Community Studies event.

His journey began in Richmond where he sought out information on his father, Nathanial Jackson, born in 1932. By chance, Lawrence Jackson was able to see the original county form — an index card from 1932 with information regarding his grandparents had not appeared in the computerized records.

Jackson referenced author Stephanie Smallwood’s book, “Salt Water Slavery,” to help explain his goals in writing and researching the book. Smallwood used primary sources such as letters and journals to bring to life the conditions on slave ships in the Middle Passage. Likewise, Jackson personalized and contextualized the historical records he encounters on his search for his genealogy.

“I wanted to do something similar [to Smallwood] with the census … in terms of breathing life into the records,” Jackson said.

In the ensuing search for more records on his ancestors, Jackson explains the difficulties inherent in conducting this type of historical research. Jackson laboriously pieced together bits of information from diverse sources including appliance bills, country records, marriage licenses and account books. In the process, he strings together a historical narrative of what life was like for his ancestors.

Throughout his presentation, Jackson projected slides of images of the primary source documents he unearthed and placed each image in its historical context. For example, the 1860 census counted African Americans as three-fifths of a person and included boxes to indicate whether the individual was a fugitive of the state, or incapable of working. Ten years later was the first time that black Americans were counted as people in the census.

“The 1870 census is the watershed for African Americans,” Jackson said.

His explanation of the personal stories behind these documents were made an impression on students at the College, several of whom are currently learning about slavery in courses such as “Literature of Slavery.”

“It gave a new view for me on how people were treated after slavery and the first census — and how big a deal it was in 1870 to be actually considered a human by the government,” Erika Jensen ’16 said.

However, Jackson emphasized that these documents are not simply historical artifacts that shed light on a particular time and place in U.S. history. They are part of a deeply personal search for his identity and genealogy.

Anne Charity Hudley, associate professor of education, English, linguistic and Africana studies at the College, organized the talk and hopes to see more research similar to what Jackson’s accomplishment in writing “My Father’s Name,” with its contribution to the academic community.

“The book is important for students to hear about because Professor Jackson calls for more scholars, particularly African-American scholars, to put our own histories and narratives at the center of our research and intellectual thought,” Charity Hudley said.

Jackson discussed the ironies of having to turn to a slaveholder’s records for information on his family. He made a research breakthrough at the University of Virginia’s Special Collections Library. There, Jackson found an original account book held by Griffin Dickenson, a well-known slaveholder in Pittsylvania County, Virginia, where many of Jackson’s relatives lived. With this information, Jackson was able to identify his great-grandfather, a skilled blacksmith who was sold to a slave trader in 1860 for $1,690, one of the highest prices for a slave at that time.

“Slaveholders knew things were going to change with [President] Lincoln and may have accelerated their sales in anticipation … this was the moving finale of the book,” Jackson said. “I’d never dreamed of finding my grandfather’s father … but once I got that knowledge, the knowing, it wasn’t uplifting. It’s useful, very important and powerful. There was something more difficult, something thornier about knowing.”

“My Father’s Name” brings to light the story of Jackson’s family’s past and his heritage. Jackson confronts the tendency to eliminate uncomfortable parts of our history, and constructs a narrative on the realities of life for a black family living in the American South during the nineteenth century.