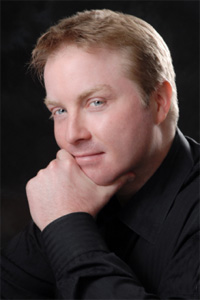 “Life isn’t about possessions, it’s about experiences,” resident sexologist Eric Garrison M.A.Ed. ’94 said, then he chuckled to himself while reminiscing. “If you had interviewed me 20 years ago, I probably would have had a very different philosophy … but now, I firmly believe life is about collecting experiences.”

Looking at his resume, it seems there is nothing Garrison has not been able to dip his fingers into. His activities vary widely: being president of his class at University of London in 2000, getting a bachelors degree in German, publishing a book, being a resource for forensic teams during rape trials, managing a French restaurant, and even being featured in myriad popular magazines, including the William and Mary Alumni Magazine and The New York Times.

“I had a bucket list, and on that list were speaking at Oxford and the Centers for Disease Control,” Garrison said. “When I got invited I was excited, but I realized afterward that they weren’t as important as I thought, so I threw away that bucket list and made a new one. On this one were all the good things I wanted to see happen to people around me.”

This rightly summarizes the single aspect, besides his love for his family, that  has been the constant passion in his life: his emphasis on healthy relationships — sexual, friendly or romantic. This is a topic Garrison has been comfortable discussing since childhood, when his mother provided sex counseling to persons with disabilities. His first job was at the Masters and Johnson Institute where he was one of the youngest sex educators at the Institute.

“He just has that perspective from seeing and being so many different places,” Logan Altizer ’14, member of the sexual health branch of Health Outreach Peer Educators, said. “He has done so much, and he lets those experiences shape his views and opinions, and that gives him a great perspective that he imparts to students. He provokes us to look at things from different angles because he has a view that not everyone else has.”

As an advisor of HOPE and Someone You Know, as well as working with the NCAA, Garrison has opportunities every day in which he can work closely with many College of William and Mary students, athletes, faculty and administrators. His focus is not just on sex and sexuality, though — at least most of the time.

Garrison has also spent much time learning higher education theories — he received his Masters of Arts in Education in curriculum and instruction from the College, and pursued post-graduate studies in human sexuality and educational leadership at New York University. He has studied nutrition, tobacco cessation and many other areas that helped shape his career into its current state. He claims his true love, however, is teaching.

“Passion is an understatement for what motivates him,” Nicholas Gupta ’15, member of the healthy relationships and sexual assault branch of HOPE, said. “What he does surpasses passion; it is his life, his purpose and his gift, and it is evident to the students he works with how hard he works. He has an immensely strong impact on campus.”

Trying to fit his field of study into higher education has led to his involvement in so many different facets of the College community. He talks to students and administrators about healthy relationships, co-teaches a class, trains students for HOPE, hosts intellectual salons for students on campus, speaks on sexual identity, and addresses many issues concerning sexual assault, among numerous other things.

“I love client service, and I hope I provide that by being here and doing what I do,” Garrison said. “This is one of the things I advise in higher education; helping universities provide better client service — like if you want a book in the resource library, we will shelve it as well as read it ourselves to learn what students are interested in.”

Years ago, Garrison helped Allison Wildridge, assistant director of Resident Life, train resident advisors to address sexual issues. Because of her positive experiences with him, Wildridge recommended him for the job last year, and now Garrison has been offered a full time position as a health promotion specialist at the College.

“He is such a caring individual, and just wants the best for people,” Wildridge said. “Last year was his first year, and he came here with a whole new approach. Now, everyone is stampeding in the door because he is what they need, I think, but I’m also biased.”

When asked about him, students and faculty alike jumped at the opportunity to be interviewed, coming to a general consensus that Garrison gives each individual specific attention as well as a unique perspective about student life at the College.

“I am an administrator, but I am also a resource,” Garrison said. “So, even though I don’t look like Google or sound like Siri, students can sit down with me and ask me, or another health promotion specialist, a question and get a live and personalized response. With knowledge of their personal beliefs or predispositions, I can help them better than any technological device, or even show them places to look for the information they need. I love being able to do that. That is why I want to be here.”