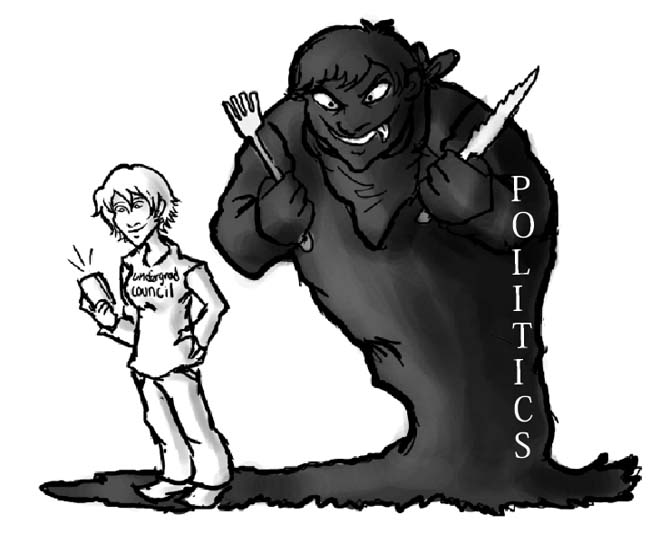 Among other things, at its last meeting, the SA senate spent 20 minutes arguing about whether the SA is more like the federal government, states or localities. Let’s take Macklemore’s advice for a moment, and do some simple addition. The SA senate meets every Tuesday for approximately 45 minutes. With four Tuesdays per month, the Senate meets, on average, for 180 minutes per month. And at its last meeting, the Senate — the organization that the student body entrusts with advancing the student interest at the College of William and Mary — spent 11 percent of its monthly meeting-time waxing loquacious in self-indulgent analogizing, trying to figure out which branch of government it most resembles.

Now, to be fair, the meeting in question ran a bit long — an hour and 35 minutes. But even with this in mind, the Senate spent 8.7 percent of its time this month engaged in the noble pursuit of constructing similes.

The proposal was fine; the procedure was flawed.

This discussion on the class presidents attending senate meetings resembles a movement that the SA considered earlier this year — the merging of the senate and the undergraduate council, and while this too would be a good idea, much for the above reasons, the way that the senate is going about it is widely off the mark.

If the SA is going to try to merge the Undergraduate Council with the Senate, it should do so by addressing the core issues in a direct and straightforward manner. Despite the backlash by which the proposed merger was met earlier this year, the SA needs to continue the conversation, not try to subtly force the senate and the undergraduate council together by way of the class presidents. A merger is fine, and would likely be a good move. It just needs to be handled correctly. As it stands, the SA is engaging in the kind of shady politics that turns people off of government.

For an institution that is so concerned with its own transparency, this underground merger is anything but. True, the most recent talk of SA transparency was discussed during the SA election, and was cited as a major concern by the candidates, but it couldn’t have just been the SA presidential candidates who were worried about this issue. If the current SA is concerned with how the student body views it, it needs to know that this sort of behavior isn’t acceptable. There are right ways and wrong ways to go about doing things. With about a week left in its administration, perhaps now is the time the SA learns which is which.

Katherine Chiglinsky recused herself from this staff editorial to remain unbiased in her reporting.