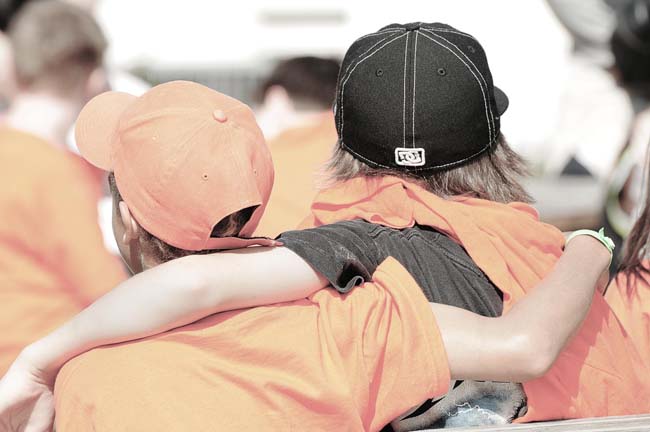 Many influences in your life inspire the decisions you make on a daily basis. As emerging adults, the hardest decisions most of us have made thus far were deciding which colleges to apply to and which college to call home for the next four years.

Perhaps a parent, sibling or family member initiated the decision to continue the family legacy, or stalking a friend on Facebook and seeing their pictures influenced the decision to apply to a particular school. Even something as minor as hearing about certain schools while growing up makes students connect to a school they know on a superficial level.

A recent poll conducted by Hart Research found that 76 percent of at-risk young adults,  who might not otherwise pursue higher education, aspire to enroll in college when they have a mentor to encourage them.

Mentors — teachers, parents, cousins, family friends, coaches, religious leaders and others — have a priceless influence on everyone they inspire. The way one person affects another is unpredictable, but understanding how you present yourself to others can open you up to making an impact on at least one life.

Before I made the decision to come to the College of William and Mary, I was anxious about the overall environment and the attitude of the students. However, when I took the campus tour and shadowed a student, almost every person I met made eye contact and smiled at me. For me, that was enough to initiate my decision to call this beautiful campus my home.

It was a strange and overwhelming experience to be surrounded by such positive, upbeat and genuinely nice people during my visit. Coming from New Jersey, I am not used to people smiling at me for no particular reason or letting me cross the street when I do not have right of way.

The attitude of the students here was exciting, and from the outside looking in, I looked at the upperclassmen as mentors.

When early decision notifications were handed out one month ago, social media was flooded with excitement from the class of 2018. Hashtags, statuses, screenshots of the acceptance email and pictures of eager students holding their acceptance letters filled newsfeeds, and as a freshman at the College, this excitement was so familiar.

The infamous Facebook group titled William & Mary Class of 2018 emerged. The eager admitted students began binge posting, and because some posts were comedic, current students at the College wanted to join in on the fun.

Current students began mocking and teasing the admitted students, writing on posts that asked for roommates or responding to questions with ridiculous and belittling comments.

While some of the incoming students ignored these jokes, an overwhelming amount did not, and they were made to feel inferior or naive.

Soon, there were more people at the College writing in the group than those who were recently admitted. The accepted students were robbed of their moments of excitement and elation for the sake of current students’ boredom during finals week and the opportunity to be a good influence was lost for personal, sarcastic amusement.

The value of being a mentor is rare. Anyone can impact someone in the most insignificant way. Our role in society today is more valuable than some may believe. As just emerging adults, we have the power to shape those who are younger than us while still commanding and gaining respect from those who are older than us.