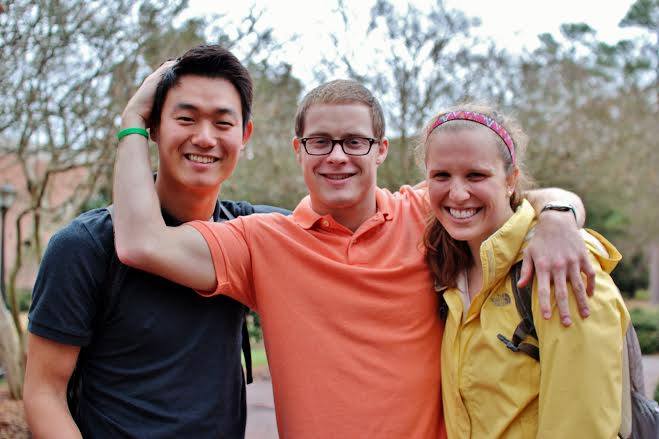 They’re photographs of people wearing sombreros or holding dogs. They’re smiles and expressions of people at their most raw. They’re stories and connections and conversations. They’re the Humans of William and Mary.

The initiative is based off the Humans of New York photoblog, which Brandon Stanton started in the summer of 2010 and which now has over two million followers.

Student Assembly Undersecretary of Multicultural Affairs Teymour Moinzadeh ’14 said the Humans of Tehran — the only photoblog Stanton created besides Humans of New York — inspired him.

“The reason why he went there was because he wanted to show the rest of the world that people in Tehran aren’t just the people you see in TV, but they’re actually real people with real issues and real conflict and real life, like us,” Moinzadeh said. “I thought that was really fascinating that someone went out of his comfort zone to a country he’s never been to [to] showcase people that he has no connection with.”

In a similar fashion, Moinzadeh said he hopes HOWM will combat certain stereotypes associated with the College.

“I’ve heard people say, ‘there’s so many white people at this school; this isn’t diverse,’” HOWM photographer Stephanie Faucher ’16 said. “But they forget that diversity’s not just your skin, it’s everyone’s experiences, their lives. Through Humans of William and Mary and actually interviewing people, I’ve gotten to see the huge amount of diversity that there is at this little school.”

The HOWM images depict staff, students, visitors and faculty at the College. Each photograph is accompanied by a quote, short caption or interview excerpt.

“I look out for things that are more striking around campus or people who are interesting,” Faucher said. “You don’t want to be too invasive, but yet you want to get an idea of what their life is like or find something that is poetic, artistic or just stands out about that person.”

SA Secretary of Diversity Dylan Frendt ’14 said behind every image and caption is an interaction between photographer and subject that sometimes took more than 30 minutes.

“All of us learned more about the people we were interviewing than we were ever expecting,” Frendt said.

Frendt said he spent an hour in Earl Gregg Swem Library last semester talking with the cleaning staff and security guards about their lives and concerns.

“For me, that moment, it hit me,” Frendt said. “It was my personal profound moment, the moment that I was appreciative of everything I have. And I guess what makes [Humans of William and Mary] striking is that each and every picture is a moment like that.”

Faucher said that she looks out for anything that catches her eye and hopes to explore more of the people in the surrounding area.

“I started carrying my camera around with me … and just took a picture a day,” Faucher said.

The Humans of William and Mary Facebook and tumblr page launched Dec. 1 and has close to 2,500 followers on Facebook.

“Every 100 likes … we were exploding. I was texting everybody, they were texting me,” Frendt said. “Everybody was so excited and when it hit 1,000 and then it progressed to 2,000, it’s like, oh my goodness. It was wonderful.”

According to Frendt, some of the photographs on HOWM have 10,000 views because people have shared the photos on their own Facebook timelines.

HOWM has more followers than other college human pages, according to Moinzadeh and Frendt. Humans of U.Va, Humans of Emory and Humans of Duke, for example, all have less than 1000 followers on Facebook.

“It just goes to show how close we are as a school and as a community that things like this catch fire so quickly,” Moinzadeh said.

This semester HOWM plans on making videos as well as photos. Frendt and Moinzadeh will choose new HOWM photographers and videographers. Potentially, HOWM will bring a speaker to campus to lecture on photography.