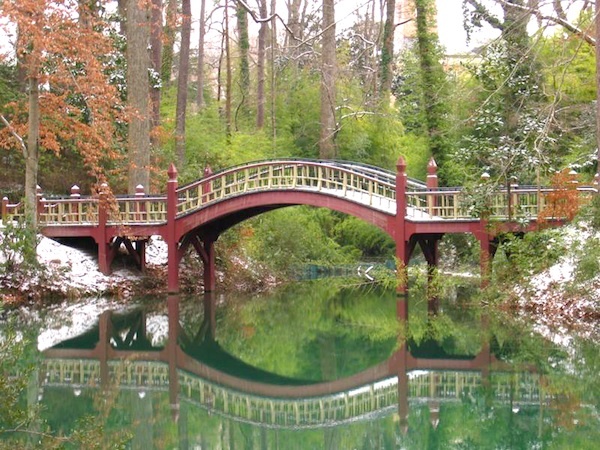 25.2 percent of College of William and Mary alumni are currently married to each other.

No, you’re not reading that wrong. If the trend continues, one in four of your friends will marry a fellow TWAMP.

Board of Visitors member Sue Gerdelman ’76 met her husband John Gerdelman ’75 the first day of German 101 at 9:00 a.m. in James Blair Hall.

She had randomly signed up for the class with some of her friends. John was a football player, and one day he asked Sue to meet him after a game and go to a fraternity party.

As they say, the rest was history.

After graduating in May 1975, John joined the navy and went to aviation school in Pensacola, Fla. The two married in the spring after Sue’s graduation.

“All of his family was coming from a long way, but my family was from the Richmond area,” Sue said. “We were married one week after graduation so a lot of our friends stayed around post-graduation. If I had to guess, there were probably 40-59 of our William and Mary friends there. The Kappa Sigs sang to us and the Pi Phis sang to us. It was very special.”

To this day, the couple’s closest friends are four of Sue’s sorority sisters. Three of them also married College grads.

“We always get together at homecoming and other events,” Sue said. “Two of the other couples live in Richmond, and we have season tickets to William and Mary football. We all tailgate every home game. We call it ‘the tradition continues,’ because our parents used to do it for us growing up and when we were students.”

Today, John and Sue have two children. When their son came to the College for his MBA, he met his significant other, and their daughter met her husband here, too.

“I think William and Mary is very different,  which sounds so different when you haven’t gone somewhere else,” Sue said. “But we love the community, the physical beauty of the place.

Nearly 45 years after that German 101 class, neither Sue nor John speaks German anymore.

John and Kerry Farrell ’89 met at the third day of orientation during an orientation cookout on Lake Matoaka.

“Kerry was in Barrett, and I was in Yates,” John said. “During orientation they try to get you to meet people. I was with a group of guys, and I walked up to this table of cute girls. Kerry was one of them.”

They began hanging out regularly in each other’s halls and would go to dances together. The pair began dating a few months after the fateful orientation mixer.

Soon after the pair first started dating, John took Kerry across the Crim Dell Bridge and kissed her. John claims that there wasn’t as much superstition surrounding the bridge in those days.

“We didn’t have a whole lot of money, so we would just go sit out on DoG Street with bread ends and sauce to watch the tourists,” John said. “Sometimes we went to the Crim Dell and fed the ducks. One day we carved our names into the tree behind Jefferson.”

Kerry soon joined Phi Mu, and she took John to most every sorority function as her date.

Not all dates were so conventional, however.

“One night my hallmate, Dave, who is still one of my best friends, and I, had a little too much to drink,” John said, “So we went outside her window at Barrett and serenaded her with a Stevie Wonder song, ‘I Just Called to Say I Love You.’”

Not long after Kerry and John got married, one of John’s hall mates married Kerry’s freshman roommate.

“I honestly think that living on campus for four years engenders a sense of family and togetherness. It really lets you know if you’re going to be compatible,” John said, “If you can get through that as a couple for four years, you’re really setting the stage for a lasting relationship.

Both John and Kerry said that their time at the College was extremely fun and memorable. Their eldest son, Victor Farrell ’14, will graduate in May.

“The campus is so beautiful,” Kerry said, “We would walk down DoG Street all the time. There’s something about Colonial Williamsburg: all the trees and old buildings. We would just lie in the Sunken Garden and hang out.”

“Even unromantic guys like me could appear romantic,” John said.

Two days after Sue Warner ’64 walked through the Wren Building to graduate, she walked back in to marry Ray Warner ’63.

Sue received special permission to be married on the Tuesday after Sunday graduation. The Pi Phi house remained open, so her sorority sisters could stay on campus.

“Planning a wedding senior spring was an exciting and challenging time,” Sue said. “We used the resources in Colonial Williamsburg to our advantage; the ceremony was at the lodge. Ray arrived in town on Friday, I graduated Sunday, we got married on Tuesday, and we were living on the west coast by Friday. The whole week was a whirlwind.”

The pair met on a blind date Sue’s freshman year, Ray’s sophomore year. Ray had spotted her and asked a high school friend of his who was in her dorm to ask her out for him.

They dated all four years, and have been married since May 1964.

“We had a tiff my sophomore year, but we worked it out, and we’ve been fine for the past 50 plus years,” Sue said.

Ray and Sue spent most of their social time at parties at Sigma Epsilon, Ray’s fraternity. The two also attended church at Bruton Parish and attended activities associated with the church.

“We also went to football and basketball games,” Sue said. “It was common then for fraternity and sorority members to attend those functions together. There were a number of restaurants close to campus we liked. Corner Greeks, which is where William Sonoma is today, everyone used to go there.”

Sixty years after graduation, they both still attend every home football game.

It is possible to find love during the second semester of your senior year, and Julie Carpenter ’83 and Paul Wolfteich ’84 can prove it.

Paul had just returned from his junior semester abroad when he met senior Julie at the Wigwam, now known as the Campus Center, eating breakfast.

They went on their first date Feb. 7, 1984 in the midst of a snowstorm. Paul knocked on Julie’s dorm room door in the Bryan Complex and asked her if she wanted to get dinner. The pair picked up sandwiches at Paul’s Deli and ate them on the Sunken Garden before starting an impromptu snowball fight.

“We used to sit in Bryan hall and I would type up his papers,” Julie said. “He had written them out on paper I would type them up on my electric typewriter.”

During the first few months of their relationship, Julie and Paul would walk along the Golden Horseshoe golf course at night and sit in the gazebo. Sometimes they would watch movies at the amphitheater on Lake Matoaka, or Paul would cook Julie dinner in the kitchen of Chandler Hall.

“Our memories aren’t big events, but they are the simple things that you take for granted while you’re there but actually mean a lot,” Julie said. “Good people, good friends and a sense of belonging. “

After Julie graduated in May 1983, the couple dated long distance while Paul remained in Williamsburg and Julie was in North Carolina.

“In the year after Julie graduated, she would come visit me. Sometimes our dates were less romantic. We would go to Kroger or the laundromat,” John said.

“Our memories will be quite ordinary to your readers, but when we return for a visit, we remember ourselves then, walking together, talking about ideas, flush in the excitement of a new relationship,” the couple said in an email. “We think of William and Mary not only as a school, but as the place where we discovered ourselves and each other.”