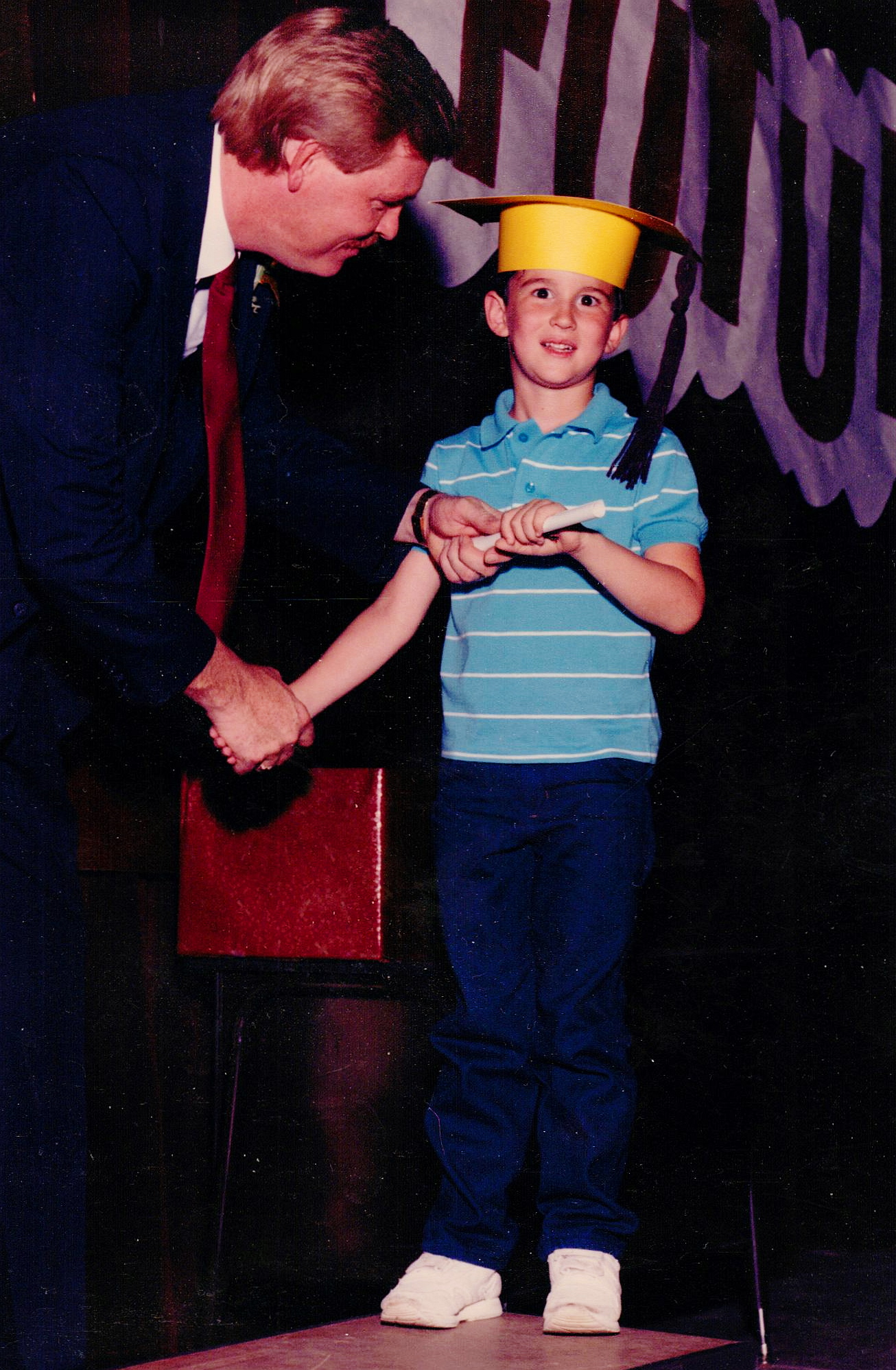 “I wanted to play for the Chicago Bulls, and I wanted to be Michael Jordan,” Area Director for the Botetourt Complex and Jamestown Residences Rodney Franks said.

While growing up in Arkansas, basketball was a passion for Franks. He began playing when he was seven and continued throughout junior high, until an injury ended his dream of making it to the NBA.

“In high school, I started to move on to different things and different career aspirations,” Franks said.

He enrolled in an early-bird class for computer science, where he was in charge of wiring and computer repair at the elementary school in his district.

“I really wanted to be the director of technology at a K-12 school. I wanted to be a network administrator. That’s where I went into [for] undergrad. My bachelor’s degree was in computer science; I knew that was what I wanted to do,” Franks said.

At Arkansas Tech University, Franks studied computer science, but he also made a few poor choices during his freshman year. These choices affected his grades, catching the attention of his hall director.

His hall director pushed him to get involved in the Residence Hall Association, the Conduct Board and other Residence Life activities. He also became a Residence Assistant.

“I became an RA, and that’s when I realized that I was making a difference. I had a really great group of residents, even some guys that I still stay in touch with to this day,” Franks said.

His school district offered him a job after graduation, but Franks declined.

“The pay would have been very nice, but I had gotten burned out. I realized it wasn’t what I wanted to do with my life. I had found higher education and housing,” Franks said.

Franks got his master’s degree in higher education from the University of Central Arkansas, and his first position was running the football hall on campus.

He says that he never knew he would end up working in ResLife, but he loves that the job is anything but routine.

“I just fell into it; it was never anything that I knew about,” he said. “I was a first generation college student, so I wasn’t aware of a lot of the things that were out there. It can be stressful — there are a lot of late nights — but then you have experiences where you do feel like you made an impact.”

Marlene Davis always had a hankering for adventure.

At the age of five, Davis was diagnosed with what was thought to be rheumatoid fever. The typical treatment at the time was a year of bed rest.

Davis, the youngest of seven children, did not allow her illness to dampen her enthusiasm for adventure.

From her bedroom in North Dakota, Davis taught herself to read and began devouring books like the “Nancy Drew” series and adventure stories that her eldest brother sent from England. She collected postcards sent by aunts and uncles around the world, and she followed her family’s journeys on maps.

“I think books are so important. You can’t have all experiences, so how wonderful are books?” Davis said.

Davis was determined to meet people outside of her hometown, which lacked diversity. After high school, she volunteered at an interracial center in Portland, Oregon.

“When I was an undergraduate at the University of Oregon, I worked informally with international students,” she said. “There really weren’t special programs for international students, and I thought, this is the neatest thing. All I have to do is help somebody figure out how to say or write something, and I’d find out all sorts of things about them.”

One of Davis’ most memorable moments at her job was working with a young Swiss woman.

“When I found out Swiss women didn’t vote, I was shocked,” Davis said. “And she said, ‘Why are you shocked? We just influence our husbands.’”

Davis’ passions have carried over to her work at the College of William and Mary.

“When I ended up here in Williamsburg, I thought, ‘What can I do to keep my world broader?’” Davis said.

She has taught popular freshman seminars about travel and espionage literature, and she began a program to help international students develop their writing skills.

“It was literature that really made me open my eyes to the importance of diversity,” Davis said. “Books have really influenced not just my career choice but the way I think.”

However, Smith didn’t know exactly what he wanted to do right away. His childhood dream was to be a fighter pilot, a dream fueled by his life on air force bases, air shows and the advent of flight simulator games.

“I think that dream started transitioning in high school because I was really good at math. I also realized that I don’t like roller coasters. Being a fighter pilot and not liking roller coasters is kind of a problem. So once I got to high school, I wanted to be an aerospace engineer,” Smith said.

At the University of Missouri, Smith began taking the math classes that his intended engineering major required. He realized he was good at math, but he didn’t feel he had the same passion for it that some of his classmates did.

He changed tracks and asked his parents’ opinion on a major in political science. They were hesitant and suggested international business, thinking that job prospects would be better.

However, Smith hated his accounting class, and after exiting a difficult midterm, he came to his big conclusion. He was going to pursue political science, even if that meant he had to get a master’s degree to be successful in the field.

Smith received his master’s degree at U.Va., and was invited to teach International Relations of the Middle East.

“A few days after I showed up at U.Va. to teach, I got a call from the William and Mary government department asking me to teach a senior seminar. To be honest, at the time, I did not think about how far apart the two schools were, so I took the job. I would teach Mondays, Wednesdays and Fridays at U.Va. and Tuesdays and Thursdays at William and Mary. I spent more time commuting between Charlottesville and Williamsburg than I did in class, about four hours a day on the road.”

However, the semester went well, and Smith took a visiting professor position at the College. He hasn’t looked back since.

“The experience you’re getting here is radically different than the experience you would be getting at most institutions,” he said. “This is very much like a big, extended family. It brings out the best in me.”