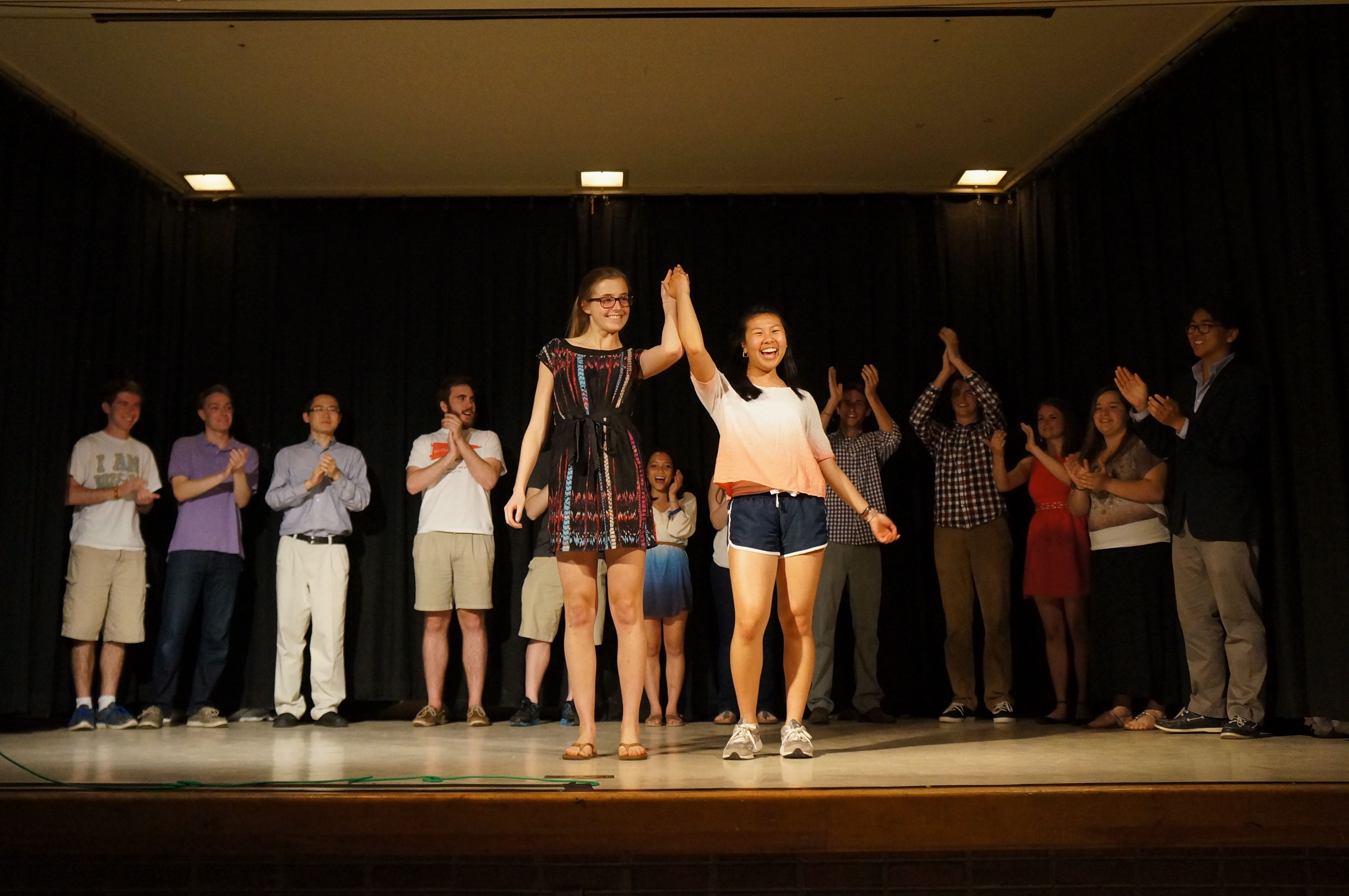 Everyone has a story to share. Movements, a program of original monologue and musical compositions, provided a space for many of these stories. Student-run and produced, the event involved both students of the College of William and Mary and veterans in support of the Veterans Writing Project.

The show’s director, Anna Wong ’17, cited the College’s rendition of Marisol as inspiration for the theme of Movements. Enthused and driven to goose bumps by a monologue performed by Jack Reibstein in the Marisol production, Wong sought to illustrate the strength of emotion in her own event.

“[The monologue] reminded me of how powerful sheer human emotion can be when put in the spotlight,” Wong said.

Intrigued by the artistic composition of the Marisol show and driven by a lasting desire to be involved in theatre again, Wong started implementing her idea a couple of months ago. She teamed up with the Veterans Writing Project, an initiative based on storytelling by those who have served. She recruited participants, many of whom live on her freshman hall, to set the event into motion.

“There’s a lot of value in sharing stories, for both the people sharing them and those receiving them, and as an audience we want to be moved by things that are accessible to us,” Wong said.

The monologue topics ranged in emotional intensity from the trials of standing up to a bully to familial influences of personality traits and the reminiscence of deceased loved ones.

Liam Bench ’16, who described a close friend who passed away last year, recounted the struggle of fully articulating such strong sentiments about another person.

“The worst thing about putting things into words is that I can never feel like I do my friend justice [in those words]. The hardest thing is accepting that what I’m going to say is not going to show how special another person is, no matter how many times I think about it and want to change what I say,” Bench said.

Although Bench admitted to the difficulty of staying composed while speaking about his friend, he appreciated that the event provided an open space to talk about his story.

“There aren’t a lot of opportunities to talk about these things in day-to-day life, and they shouldn’t be ignored because they’re a big part of us. Society tends to say we can’t share those things, but I think they’re just a part of who we are,” Bench said.

Ryan Goss ’16, on the other hand, closed the program with a side of levity. Wong engaged Goss after seeing his entertaining performance at an AMP Comedy Brew and included his stand-up comedy act to finish out the show.

Hoping to balance out the emotional intensity of the show, Goss charmed the audience with descriptions of instances and social norms, or “What Your Mama Never Told You,” and acted out all-too-familiar stories of awkward encounters with people around campus.

The effect on the audience was particularly significant. Tears and laughter accompanied the soliloquies and musical performances, but the reactions did not stop after the curtain closed.

Dan Delmonaco ’17, who spoke about his autistic brother in the form of a “Letter to Autism,” expressed how the messages of the event continued to resonate with the audience after the show. Delmonaco explained that many audience members later shared what their particular monologues might address as part of Movements — travel, pressure, difficulties with friends — and started a dialogue about the deep intricacies of peoples’ lives.

“The point of Movements was to show that there is nothing necessarily extraordinary about those who performed. We were just willing to share our stories, but everyone could have shared,” Delmonaco said.

The show debuted in tandem with I Am W&M Week, which promoted diversity and multiculturalism throughout the College campus. The theme for the week, “One tribe, many stories,” complemented the Movements event, which illustrated examples of these stories and the diversity of human experience.