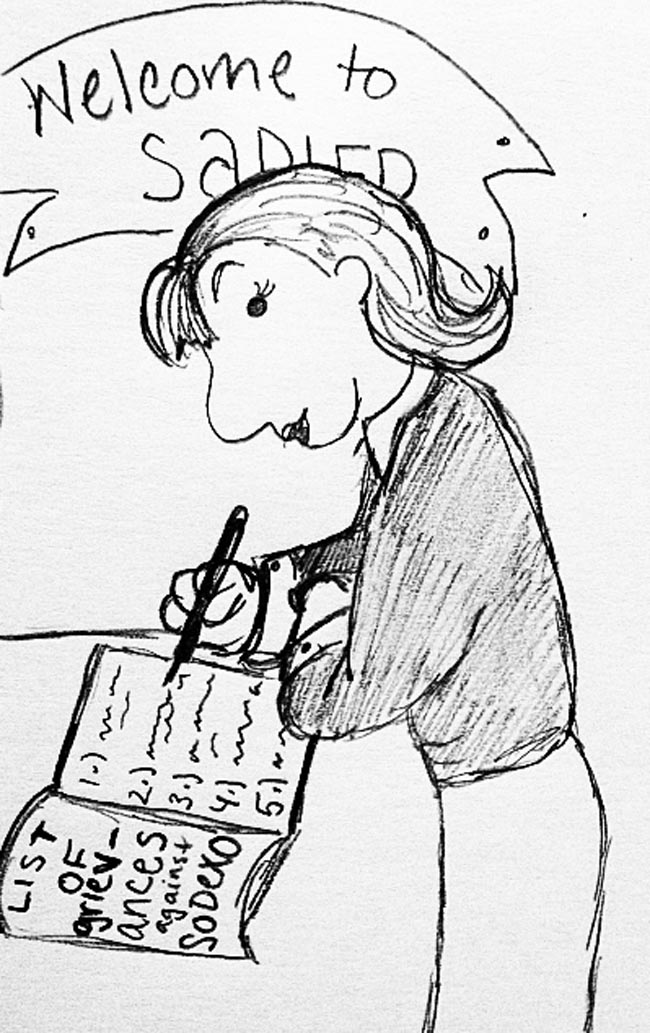 In 2007 a woman was placed in solitary confinement. For over five years she was denied contact with other human beings and was provided with nothing to occupy herself during the day. Her cell was “unkempt and squalid,” and an inspector of prisons described her treatment as “cruel, inhumane and degrading.” The chief executive of the Howard League for Penal Reform said the prisoner’s treatment “appears to amount to torture.” The prisoner had no means to challenge the prison’s decision to put her into solitary confinement.

Another story: A woman was sentenced to 10 months in prison for stealing $22.94 worth of food. The day after being taken into custody, the prisoner had a miscarriage. The fetus was left with the prisoner and she was made to clean up the blood herself. Her lawyer described the scene in court: “There was blood everywhere and she was made to clean it up. The baby was not removed from the cell. It was quite appalling.” She first received medical care a full three days after the miscarriage.

These are not dispatches from Putin’s Russia. They are two events that happened over the past year in Britain. The prisons were run by a private company: Sodexo Justice Services, a subsidiary of the larger Sodexo corporation. That same Sodexo is now in charge of the College of William & Mary’s Dining Services.

Sodexo has a long history of human rights abuse. There are reports of female Sodexo employees being “forced to take pregnancy tests to get or keep their jobs.” Workers were once forced to eat customers’ leftover food, after which an employee suffered food poisoning and was taken to the hospital.

Sodexo is the 21st largest company in the world, operates around the globe, and recently reported yearly profits of over $12.4 billion. Despite this fact, Sodexo keeps most of its employees on short-term contracts that provide low pay, no job security and few benefits. Across Sodexo, the average full-time food worker makes roughly $17,000 per year. Workers are often fired for organizing or criticizing Sodexo’s business practices. These are not aberrations. This is Sodexo’s business model.

What are students who are concerned about the lives of others left to do? If an individual wants to put their beliefs into practice by not funding a corporation that violates the rights of workers, women and prisoners, what options are available? It appears there are no options. Without deliberation and with no input from students, the administration has dictated that every student must purchase a meal plan. Students are required to personally finance actions that shock the conscience.

If these are the business ethics “the Alma Mater of a Nation” wishes to impress upon its students, our country is in deep trouble.