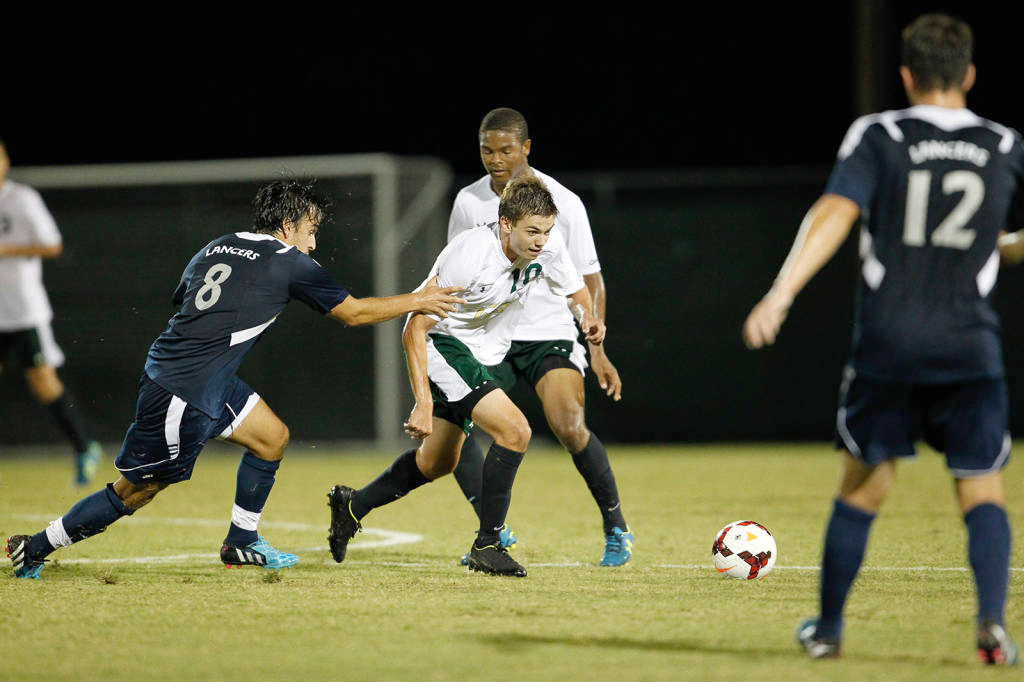 William and Mary’s 1-0 deficit against University of Maryland–Baltimore County seemed insurmountable halfway through the second period, especially given the College’s recent offensive futility. But, after four scoreless games, the Tribe’s long-dormant offense surged to a 2-1 overtime victory in Baltimore, Md. Wednesday night.

Senior forward Chris Albiston nailed a golden goal in the 97th minute to snap his team’s four-game losing streak. The Tribe improved to 3-5 with the overtime win, while the Retrievers fell to 3-3-2.

The outcome belied a steep deficit in shots, as the Tribe produced seven to the Retrievers’ fourteen. UMBC held possession and looked more dangerous on the offensive end for most of the game, but in the last 20 minutes of regulation and overtime, the College increased its offensive pressure and scored both of its goals.

“We are pleased to get a win,” head coach Chris Norris told Tribe Athletics. “We’ve had a tough stretch and it’s been testing mentally, but we hung in there tonight, and despite going a goal behind, managed to keep fighting. Most importantly, we made timely plays in both penalty areas that enabled us to win.”

Although junior midfielder Jackson Eskay took the first shot on goal of the game in the fourth minute, UMBC goalkeeper Phil Breno saved it. UMBC notched seven shots in the first half compared to the College’s three. Both teams headed into halftime without a goal, largely due to senior goalkeeper Bennett Jones’s two saves and Breno’s three. Sophomore forward Reilly Maw provided the Tribe’s final chance of the half, but Breno turned away Maw’s shot on-goal in the 38th minute.

The Retrievers broke through in the 65th minute off a free kick following a Tribe foul. Midfielder Mamadou Kansaye played the free kick over the College’s back line and into the goal box, where defender Oumar Ballo headed the ball past Jones’s outstretched hands for the first goal of the match.

After not having scored in the previous 450 minutes of gameplay, the College needed to find an answer quickly. In a twist, the Tribe tied the game just 10 minutes later. Freshman midfielder William Eskay — who has started every match this year alongside his brother, Jackson — gave his team the boost it needed with his first career goal. After a UMBC turnover, Eskay received the ball at the top of the box and took advantage of an open angle to fire the ball just over Breno’s reach.

Neither team threatened during the final 15 minutes of regulation, setting up the Tribe’s first overtime period of the season. The College needed just seven minutes to end it on its own terms.

After finishing as the runner-up in last year’s Colonial Athletic Association tournament, the Tribe will begin its conference season this Saturday against North Carolina-Wilmington (6-1-1). UNC-Wilmington earned wins over three ranked teams this season, most recently against No. 23 Duke. The match will be held at Martin Family Stadium and is scheduled to begin at 7 p.m.