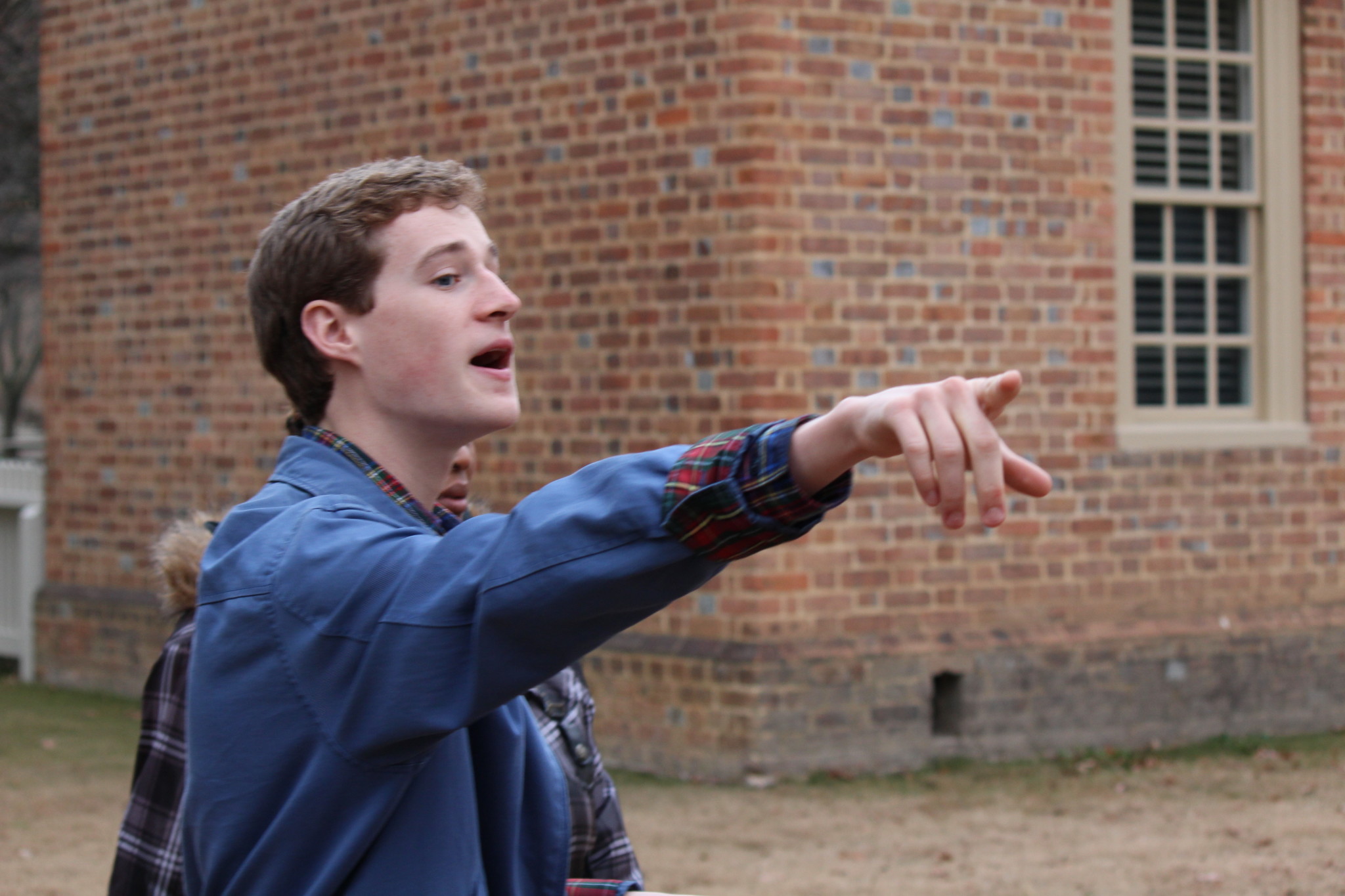 Walking backwards for over an hour with up to 50 people following closely behind, Ross Anderson ‘16 spends one day a week shouting over excitable groups of prospective applicants and their families in hopes of convincing them to apply to the College of William and Mary. And he does it all for free.

“I give tours because I honestly do love William and Mary,” Anderson said. “As I tell people on my tours, I was definitely in the opposite side [when I came on the tour] — my whole family has come here, so I didn’t want to come, but it was my tour guide that changed everything for me.”

Across the country, more and more universities are paying their student ambassadors and tour guides for their work. While the College and the University of Virginia do not pay their tour guides, other competitive schools across the country do, including the University of California at Berkeley, the Massachusetts Institute of Technology and Bowdoin College. Many schools across the Commonwealth of Virginia, including public universities such as Virginia Commonwealth Arts, Christopher Newport University and Radford University, have also started to pay their student ambassadors. Critics, including Anderson, question whether this negatively affects the truthfulness of the tour.

600 miles away, at Saint Michael’s College in Vermont, Emily Clegg leads a tour every Wednesday at 10:30, but she receives $9.50 an hour for her work.

“If it was a volunteer thing, I wouldn’t do it if I wasn’t going to do a good job. It is a job, and I want to give students the best tour possible,” Clegg said. “A lot of that is going to meetings and staying current on campus news so that I know all that’s going on on campus, but I don’t think I would go above and beyond like that because I would take it less seriously if it weren’t a job. I think it’s so sad they’re not paying them at William and Mary.”

While Clegg is only expected to give one tour a week, many universities pay their tour guides to complete office work as well. Although tour guides at the College are not paid during the academic year, the Office of Undergraduate Admissions employs senior interviewers over the summer to perform this work, according to Interim Associate Provost and Dean of Admission Timothy Wolfe ‘95, MEd. ‘01.

Additionally, the admissions office strives to maintain honesty in their tours by not paying their guides.

“One of the great things about the reason why we don’t pay them is that they have a little bit more credibility with our visitors — people really enjoy the fact that people are not only doing this out of the goodness of their hearts, but because they love William and Mary,” Senior Assistant Dean of Admission Justine Okerson M.Ed ’10 said. “That does ring true with them … people like that it’s not a canned spiel — you can go on the tour four, five, seven times and you’re going to get a completely different experience every time. I think that makes our program more unique and helps students identify the community we do have on campus.”

Anderson added that no pay adds to the integrity of the job.

Despite this, there are pitfalls to the job. When over 25,000 people visit the College each year, there can be up to 80 people on one tour during the busy seasons, which sometimes puts a strain on tour guides.

Their only form of payment is being named “Tour Guide of the Week.”

The reward for the honor is a free Cheese Shop sandwich , which is presented to one tour guide each week.

“It does seem a little scant in my opinion,” Anderson said. “But ultimately, I feel like I do agree with the lack of pay because a commitment to the school has to be there. Our position is not about getting money, but getting people to love William and Mary the same way we do.”