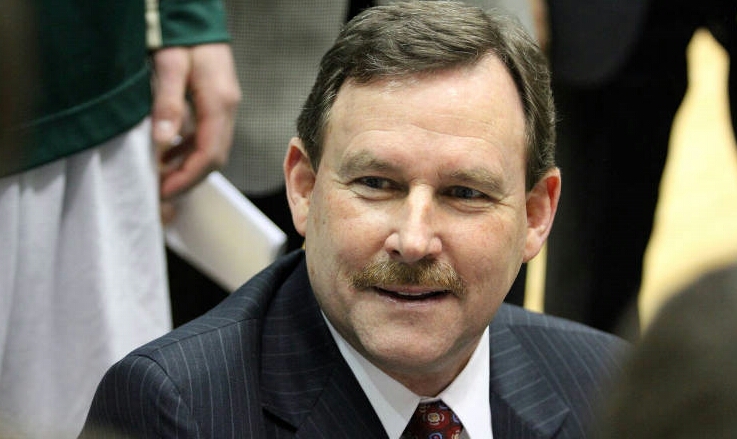 It’s good to be Tony Shaver.

Ten months removed from his third appearance in the Colonial Athletic Association Championship in the last seven seasons, William and Mary’s head coach fields a 9-6 squad that’s playing as well as any team in the conference. Saturday’s 81-73 win over James Madison pushed the College to 3-1 in league play.

Even after losing career 1,000-point scorers Brandon Britt ’14 and Tim Rusthoven ’14 in May, Shaver has found ways to win and ways to score. Sophomore guard Daniel Dixon and sophomore forward Omar Prewitt each chip in significant minutes, while junior big man Sean Sheldon offers his best Rusthoven impression night in and night out.

Not as prolific as last season, Shaver’s bench holds its own. But it’s what is still prolific that makes Shaver’s job one of the best in the CAA: senior guard Marcus Thornton and junior forward Terry Tarpey.

In Marcus We Trust. Not much more needs to be said, but here’s some context. With close to two months left in his career at the College, Thornton owns the four spot in program history scoring. Thornton’s 27 points Saturday upped his total to 1,816, passing Keith Cieplicki ’85.

Not as prolific as last season, Shaver’s bench holds its own. But it’s what is still prolific that makes Shaver’s job one of the best in the CAA: senior guard Marcus Thornton and junior forward Terry Tarpey.

Commonly referred to as one of the best mid-major prospects, Thornton’s play attracted National Basketball Association scouts as early as last preseason. To those still calling Thornton “the best guard you haven’t heard of,” it’s about time to start listening. He can play.

When Shaver isn’t enjoying the last season of arguably the best player to call Kaplan home, he can rest assured he still has a great gig. That’s thanks to Tarpey, the guy who does it all.

It took 110 years for the program’s first triple-double, but there wasn’t much surprise that Tarpey logged it; Tarpey tallied 18 points, 11 boards and 10 assists Saturday. The two blocks and four steals just added to the show.

Dave Fairbank of the Daily Press called Tarpey the Tribe’s Swiss Army knife. He’s right, and Tarpey’s performance this season proves it. Tarpey is a glue-guy, like Matt Rum ’13, but with the ability to fill up the stat sheet in a variety of ways.

Offensively, Tarpey has improved from a season ago. Whether it’s from the charity stripe or off the glass, Tarpey competes with the best of them. Defensively, he has the length and quickness to hold a mark or play any of the spots in Shaver’s zone.

Games like Saturday’s win show how good it is to be Shaver. Less experienced players — Dixon, Prewitt, Sheldon, the bench — enjoy important minutes against quality opponents while Thornton and Tarpey keep things on track.

With the good come tempered expectations. Blowout losses to Florida and the University of North Carolina show the gap between competitive and elite. This isn’t a team ready for another CAA title run — not yet, at least. Late game execution, especially on the defensive end, must improve. The bench needs to produce more points and fewer turnovers.

As long as Thornton and Tarpey are playing, though, it’s good to be Tony.