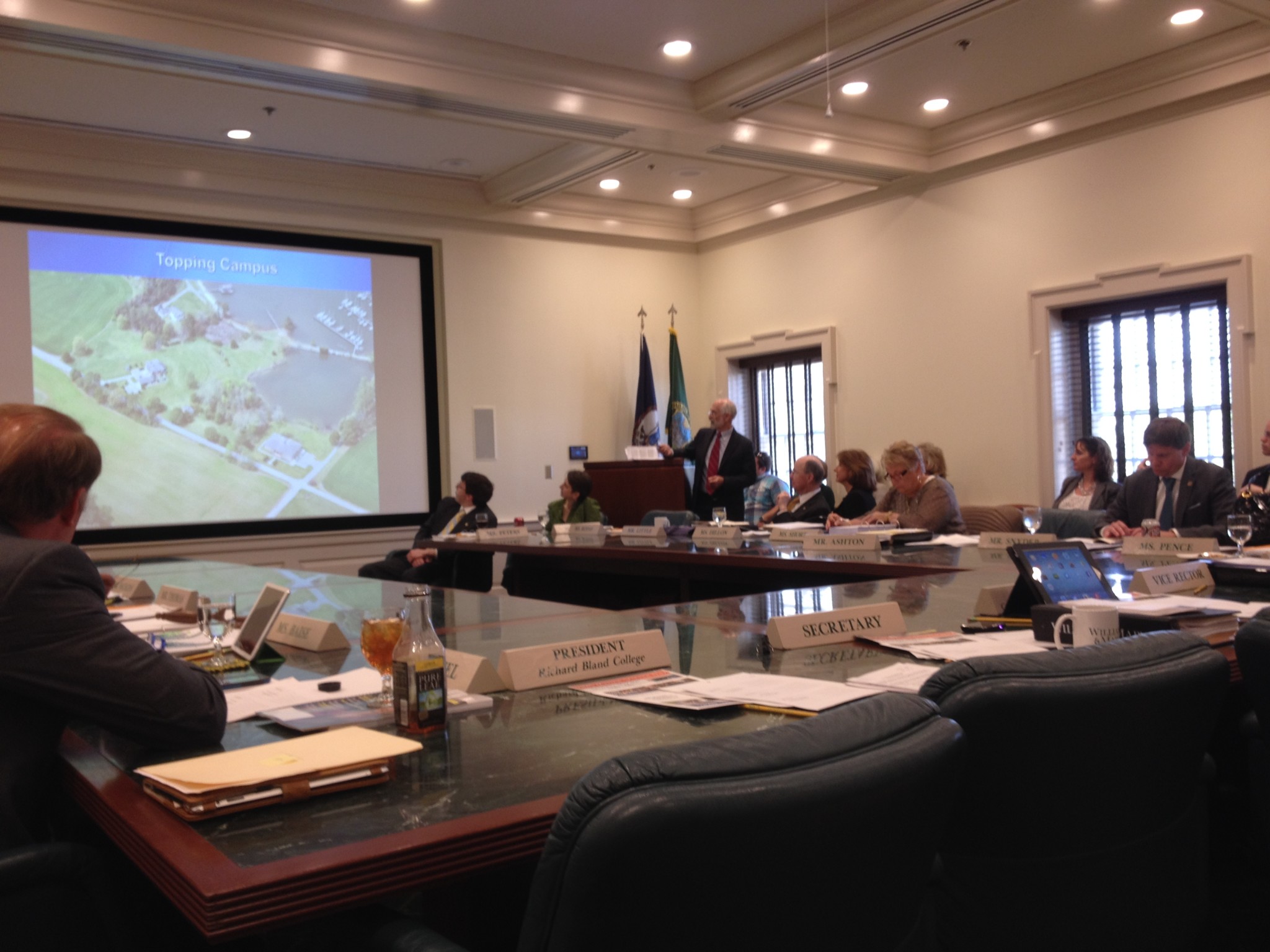 Thursday, the Board of Visitors’ Committee on Administration, Buildings and Grounds discussed construction projects involving VIMS and the College of William and Mary’s campus. The committee also passed a resolution to forego any deed restrictions on property once owned by the College.

Jones noted that Zable Stadium should be completed before the first football game of the 2016 season. The construction on Chandler Hall should be completed this July — the hall will house 150 students. The sorority house’s construction, estimated to end by this June, took longer than expected due to structural issues within the house. The construction of the Plumeri Batting Facility, set for completion this September, is one part of the plan to convert the Dillard Complex to an athletics complex.

Jones commented on the challenges of working on buildings that have not been touched in decades.

“Of course, these buildings were built in the 1930s,” Jones said. “The rooms are a certain size … Under new code, we need to make handicap accessible rooms and other types of things … just one of the challenges of dealing with older facilities.”

Since February’s meeting, the Muscarelle Museum, Alumni House, basketball practice facility and Dillard track and field complex have moved to the Board of Visitors’ approval-only list because the projects are all privately funded. The estimated total cost of the projects is about $82 million.

The Virginia General Assembly assisted the College financially with its construction projects by agreeing to sell $10 million worth of bonds on the College’s behalf. Part of the funds will go toward the Integrative Wellness Center, outlined in the Master Plan, and $1.5 million will go toward the west campus utility plant.

The oyster research done at VIMS brings in about $200,000, which is invested to keep the program going from sale of seeds to the Chesapeake Bay.

“As the architect said, we’re trying to get these buildings to speak the same language,” Thomas said.

Wells discussed the General Assembly’s financial contributions to these construction projects. VIMS received $850,000 for the facilities management building, $850,000 to equip the consolidated scientific research facility and maintenance reserve funds, which are handled centrally.

“If I thought we were giving away money, we would not have this resolution,” Baise said.

The committee passed the resolution unanimously.