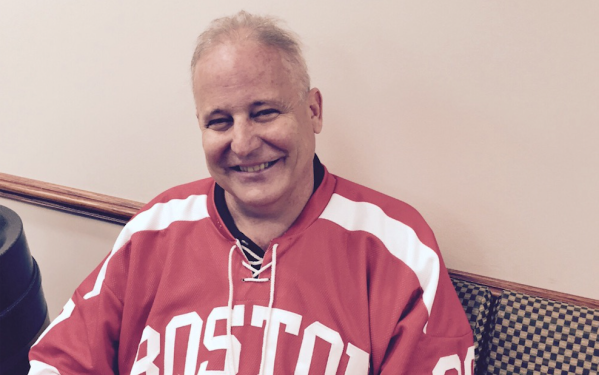 Judo Instructor Robert Horvath did not attend class on the first day of the 2014 fall semester. On the second day of class, Horvath explained to his students that the reason for his absence was that he was given a diagnosis of stage three lung cancer.

Since last fall, Horvath has been battling his cancer, which has since progressed to stage four. On July 21, Horvath’s wife Trisha created an online fundraiser for her husband, entitled “Horvath’s Beat Cancer Support Team”. Horvath’s students and friends have contributed  $4,980 to help him.

Shannon Henris ’16 was amongst the students in the judo class who were left without a professor on the first day of school. Although he missed the first day of class, Horvath continued to teach for the remainder of the semester.

“Professor Horvath taught me that even though I’m petite and not particularly athletic I could still throw much larger guys to the ground. He taught self-esteem and self-reliance, as well as the actual Judo moves,” Brei said.

Henris recalled his openness with their class about his illness. When he came in the second day, he explained that he might need to move slower so as not to overexert himself.

“He told us exactly what he was going through. He came every day and taught us,” Henris said.

Despite his illness, Horvath continued to teach self-defense courses. Henris remembered one class where Horvath, feeling unable to perform judo, had the class sit down and talked to them about financial planning. Using Henris as an example, Horvath discussed the financial situations she would encounter in life, such as marriage.

“It was the funniest experience of my life,” Henris said. “He tried to connect with us even though he was going through a lot on his own.”

Henris is not the only student to be impacted by Horvath’s teaching. Genevieve Brei ’17 also took judo with Horvath the semester he received his cancer diagnosis. Brei stated that, in addition to judo, Horvath would also give them pointers about life in general. For example, during one class, he taught the group how to escape from bar fights.

“Professor Horvath taught me that even though I’m petite and not particularly athletic I could still throw much larger guys to the ground. He taught self-esteem and self-reliance, as well as the actual Judo moves,” Brei said. “He has lived such a full, complex life, and he loved teaching.”

In addition to students, fellow professors commended Horvath’s passion for teaching despite his illness.

Horvath was already teaching when Chair of Kinesiology and Health Sciences Michael Deschenes came to the College 20 years ago. Although Horvath had been teaching self-defense courses for over 20 years, he was not a permanent fixture at the College, preventing many of the professors from getting to know him well.

Deschenes mentioned that Horvath’s primary job was teaching at Jamestown High School, and Horvath only came to the College certain afternoons for class. Horvath’s fundraising page suggests that he connected closely with many students; however, Deschenes revealed that other professors never became very close to him.

Throughout those 20 years, Deschenes and Horvath maintained a polite rapport, which became closer when Horvath received his diagnosis. Deschenes stated that the two got to know each other best after Horvath was diagnosed with cancer, because they had to discuss how his sickness would affect his teaching abilities.

Deschenes said that Horvath was determined to continue teaching despite his health setbacks, and he was able to make it through the entire fall semester before his cancer forced him to stop.

“He was stubborn to the end,” Deschenes said. “It’s a real travesty. It’s rough to see.”

“The take home message is the way he was dedicated to his students,” Deschenes said.

Horvath persevered with his classes, even as his illness worsened. Deschenes recalled that the two met at the end of fall semester to discuss his teaching future. His cancer had started to visibly affect him; Deschenes remembered how getting up the stairs for their meeting was a difficult feat for him.

Horvath had been using the prospect of teaching in the spring to incentivize him to continue with his work. However, during their late fall meeting, Deschenes stated that Horvath’s health had gotten too bad to allow for this possibility.

Due to his failing health, Horvath had to miss the spring semester of 2015. However, he told Deschenes to keep his courses on the schedule for the fall semester of 2015. Last spring, Horvath called Deschenes to tell him his cancer had worsened and that he could no longer teach in the fall of 2015. Deschenes stated that it has been difficult to see his colleague struggle, and that he admired Horvath’s desire to teach self-defense.

On the fundraising page, students have contributed donations and posted notes offering support to their professor. While Deschenes acknowledged that this movement spoke to the cohesiveness of the student body, he said that Horvath’s devotion to his students was remarkable.

“The take home message is the way he was dedicated to his students,” Deschenes said. “He really, really enjoyed teaching these courses. He always felt that it was something students needed to learn. He was really dedicated to the idea that these students should protected.”