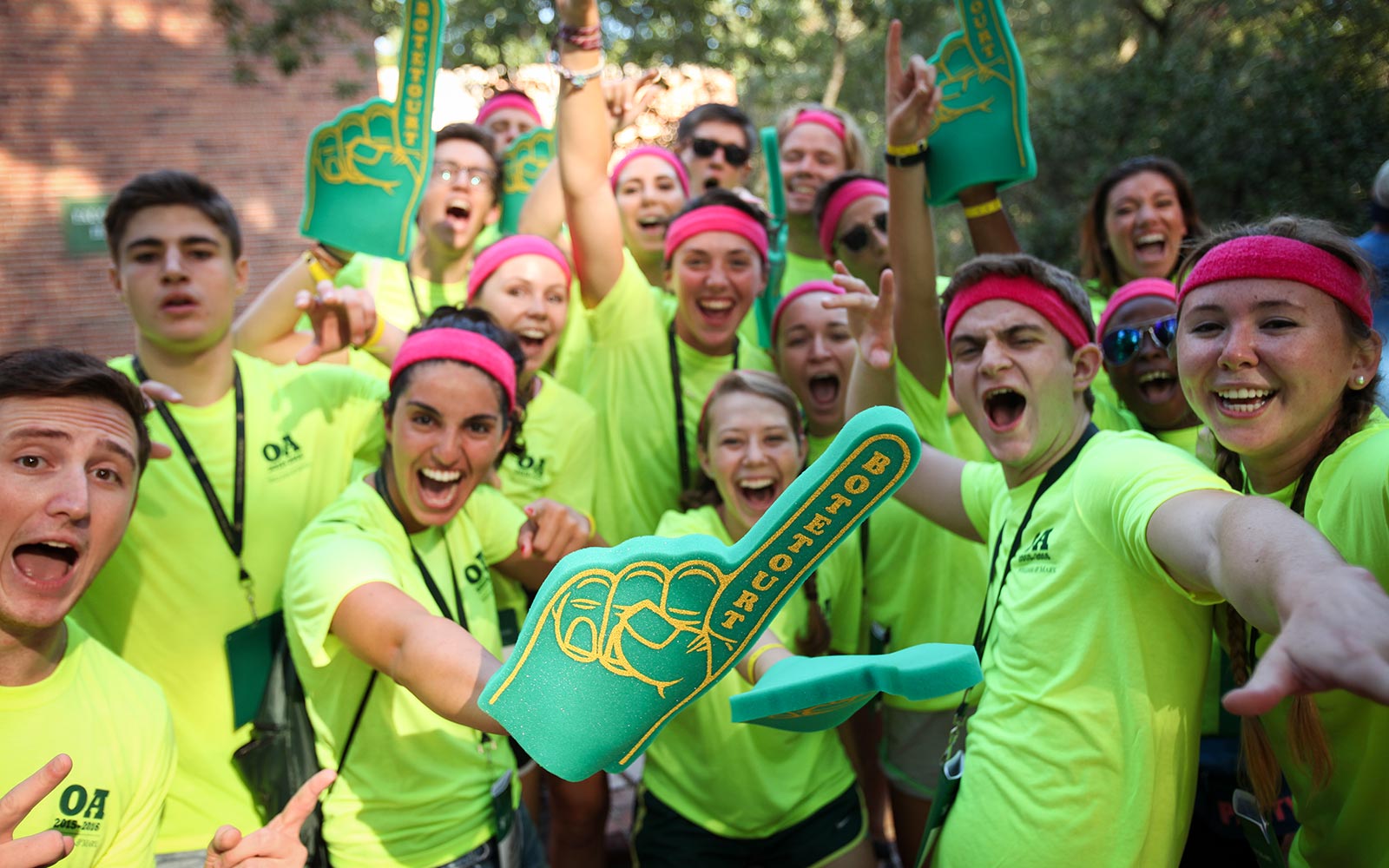 A presentation on amnesty and community values given by Associate Dean of Students Dave Gilbert to the orientation aide staff has raised concerns that the College of William and Mary still has yet to grasp the appropriate handling of the sensitive issues of sexual misconduct.

“First, when discussing such a fragile and emotionally stressful issue, language must be incredibly specific, clear and sensitive.”

Gilbert’s training presentation attempted to use humor and a relaxed tone to discuss alcohol consumption and sexual misconduct, but we found his comments inappropriate and insensitive given the seriousness of both topics. While trying to explain himself the next day, Gilbert emphasized that he was misunderstood and wasn’t able to articulate himself clearly at the time. His apology, however, left some OAs with the idea that Gilbert doesn’t exactly understand how to handle sensitive issues.

The implications of Gilbert’s presentation and apology present an opportunity to evaluate how we handle situations like sexual misconduct. Gilbert, as the Director of Student Conduct, encounters and must speak on these issues regularly, and he therefore should use articulate and clear language to convey to OAs during training how to understand and handle sexual misconduct. It should be obvious that the use of humor in this issue is completely inappropriate, especially given that the sexual misconduct presentation during orientation is one of the most serious talks that students will encounter.

“Gilbert’s inability to articulate his thoughts during his presentation may be indicative of a wider and more substantive problem regarding his understanding of sexual misconduct and other issues, such as gender and sexuality.”

Gilbert’s inability to articulate his thoughts during his presentation may be indicative of a wider and more substantive problem regarding his understanding of sexual misconduct and other issues, such as gender and sexuality. For example, Gilbert’s use of gender pronouns when describing instances of sexual assault confined victims to female stereotypes and perpetrators to male. This heteronormative language is not in fact just a language problem; it has implications for how his audience may perceive the interplay of gender, sexuality and sexual misconduct. As someone responsible for discussing such complex and sensitive issues, Gilbert should not only be able to use the correct language, but also understand the substance behind the language.

Second, Gilbert’s apology highlights the importance of student feedback in creating a better understanding of sexual misconduct and other relevant issues. While offering an apology is a step in the right direction, Gilbert and the administration need to be willing to actually accept and incorporate student feedback in how they structure their responses to sexual misconduct. Many OAs are members of Health Outreach Peer Educators, volunteers at The Haven, and students who have been Safe Zone-trained — all of which imply a genuine interest and grounded understanding of how to handle sensitive situations and topics in an appropriate manner. These students need to be viewed as resources to help produce more comprehensive administrative responses, as their feedback is valuable and based on training.

“That Gilbert was chosen to present on a topic which he may not fully understand or be able to clearly articulate speaks to the administration’s tolerance of leniency in important issues.”

Gilbert’s presentation should have been more sensitive and articulate. Given that it was not, it must be stressed that Gilbert’s speech may be a symptom of a wider problem that demands a better cohesive response from the administration. Gilbert’s views on the appropriate handling of sexual misconduct and alcohol consumption may reflect an outdated administrative consensus on how to discuss and treat these issues. That Gilbert was chosen to present on a topic which he may not fully understand or be able to clearly articulate speaks to the administration’s tolerance of leniency in important issues. Therefore, it is the administration’s responsibility to progressively educate themselves on sensitive and prominent issues so that there can be no lack of understanding or inarticulation.