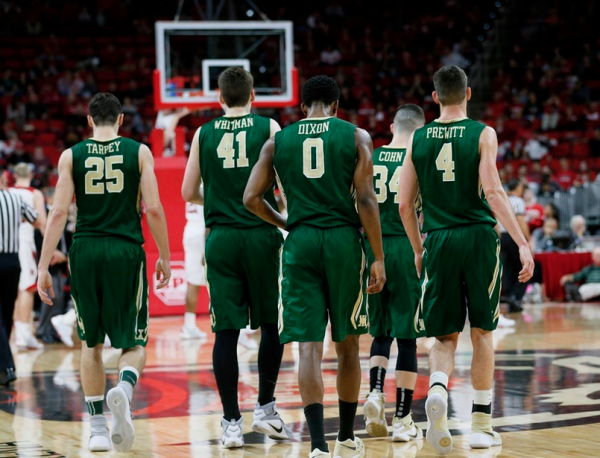 William and Mary blew a huge lead on the road Saturday, falling to Howard 79-77 in Burr Gymnasium in Washington, D.C. The Tribe fell to 4-2 on the season while the Bison moved up to 4-2.

The College started the game strong, scoring 15 straight points to take a commanding 15-2 lead just over five minutes into the game. Junior guard Daniel Dixon and sophomore guard David Cohn were the catalysts for the Tribe run. Dixon opened the scoring with a three, which Cohn followed up with a pair of layups and a pair of assists. Dixon hit another triple to close the run and drive the lead to 13.

Howard came back with a short run of their own to cut the lead to eight at 25-17 with six and a half minutes left in the half. The Tribe finished the half strong, building a 20-point lead to go ahead 41-21 with 1:40 remaining.

Sophomore guard Connor Burchfield played well all night, especially during this run. Burchfield scored 11 straight points, including three triples. He finished the game with 19 points off the bench on perfect 7 of 7 shooting. This career-high night for Burchfield also featured 5 of 5 shooting from behind the arc.

The Tribe finished the first half with a 45-26 lead after a red-hot shooting performance. The team shot 54 percent from the floor.

In the second half, the Bison began to chip away at what seemed to be an insurmountable lead.  James Daniel III led Howard with 39 points.

Even though the Tribe offense was not at its strongest to start the second half, a 10-point lead remained halfway through the period, 60-50. With 29 seconds left in the game, the Tribe looked to be in position to close out a win, holding a 77-70 lead.

We unraveled a little bit at times,” Shaver told Tribe Athletics. “We gave one away.”

From there, the Bison completed the improbable comeback, sinking a three with 11 seconds remaining and another with just two seconds remaining. On the final play, the College quickly pushed the ball ahead, only to see a last second attempt just go off the rim.

When Howard took the lead 79-77, it was their first lead of the game since they lead 2-0 less than two minutes into the game.

“We unraveled a little bit at times,” Shaver told Tribe Athletics. “We gave one away.”

Shaver identified two key areas that allowed the Bison to make their comeback.

“The difference in the ball game was offensive rebounding,” he said. “We gave up way too many second shots in the second half. The second difference was the free throw line. They had one player shoot more free throws than our team shot.”

The difference in the ball game was offensive rebounding,” Shaver said to Tribe Athletics. “We gave up way too many second shots in the second half. The second difference was the free throw line. They had one player shoot more free throws than our team shot.”

Despite a lackluster team performance in the second half, several Tribe players had strong individual showings.

Junior guard Omar Prewitt was strong again, proving to be one of the most consistent scorers on the team. He finished with 17 points to go along with 10 rebounds. Cohn nearly had a double-double as well, finishing with 10 points and nine assists. Senior forward Terry Tarpey finished with eight points and 11 rebounds.

After starting with four of six games on the road, the Tribe returned home to face the Old Dominion Monarchs at 7 p.m. in Kaplan Arena on Dec. 1 for the fourth annual Shoeless Showdown, designed to raise awareness for those in the area in need of shoes.