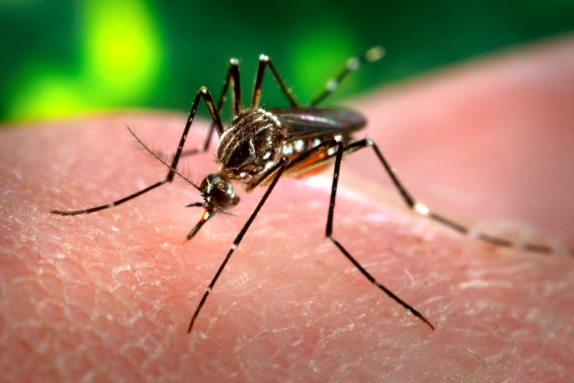 Last week, Vice President of Student Affairs Ginger Ambler sent out an email warning students that Zika, a mosquito-borne virus associated with birth defects, has hit campus. Insect-borne illnesses are becoming more and more common in a changing climate in which conditions welcome mosquitos and other insects. As consequences of global warming become more apparent in our daily lives and hit our campus, we, as students, will have a greater role to play in the fight against climate change. First, we will need to educate ourselves on the environmental issues at hand. Second, we will need to prevent some of the most devastating scenarios associated with inaction.

To find out more about Zika’s interplay with climate change, I called Dr. Nick Vasquez, the College of William and Mary’s travel doctor. He eased some of my initial concerns. First off, Zika is non-communicable, meaning it’s not transmitted via sneezes and coughing; you need the mosquito bite itself to contract the disease. So, the student on campus who has Zika is not a threat to the rest of the student body. Secondly, only one out of five people who get Zika actually feel symptoms. The symptoms of birth defects like abnormal head shapes are only possible for the baby inside a pregnant woman who contracts the disease. Other side effects for the layman are symptoms like fever and rash. The Center for Disease Control and Prevention (CDC) has more information on those.

Vasquez did warn that every year brings along new illnesses, and many health experts are concerned that global warming is likely to bring about more frequent diseases.

When I heard about Zika in South America, I was concerned because I have travel plans to Ecuador and Argentina. Vasquez said Zika has reached Ecuador, a common destination for College students. My initial thoughts were that perhaps I should sit these trips out and wait for the flood of diseases to pass.

But then it hit me — the harsh reality is that experts anticipate these kinds of mosquito-borne illnesses to only increase in the future due to climate change. Therefore, “waiting it out,” is not feasible. The balancing act of safety and resilience is a hard line to walk.

And even that luxury of choosing not to go to disease-ridden areas will soon no longer be an option as diseases start coming here, to the States. In a world where U.S. citizens love to travel, it is naïve to say that diseases will just stay in South America or Africa; they will come back with American voyagers.

The effects of climate change go beyond mosquito-borne illnesses into a world of unprecedented heat and rising sea levels. On everyday levels, choices about what we can eat and where we can live will change.

Here at the College, we now have a new level of responsibility. We need to be educated not only on what we are majoring in, but on the effects of climate change. We need to read up on new diseases and find ways that we as college students can make a positive impact. The effects of climate change go beyond mosquito-borne illnesses into a world of unprecedented heat and rising sea levels. On everyday levels, choices about what we can eat and where we can live will change.

So what can we do? Everything is ultimately connected. Little changes in your lifestyle like walking more, consuming less meat, or voting for candidates who take strong stances on environmental issues are all ways to directly or indirectly reduce greenhouse gases in the atmosphere which lead to the warming of the planet. So yes, these problems sound big, but little decisions that you make do play a role in combatting this global problem.