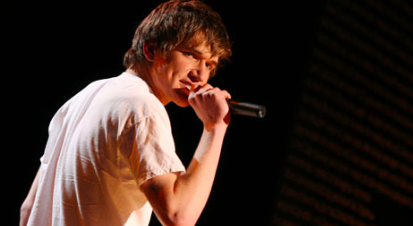 Recently, many compelling comedians including Chris Rock and John Cleese have refused to perform on college campuses. Most comics cite the hypersensitive, politically correct environment apparent at most colleges as their primary justification for denying a university a performance. At this juncture, it is crucial to identify the two dominant forms of modern comedy: lowbrow and highbrow. The former is characterized by simple humor whose purpose is mainly to garner cheap laughs. However, the latter is more sophisticated in nature, offering a challenge to the viewer to consider the unfamiliar and uncomfortable.

In fact, “highbrow” comedy is the form most comics fear student bodies won’t approve. By definition, highbrow comedy offends customs; it is key to note that the offensive aspects are intended to be provocative rather than hateful. Currently, there is a clear necessity for this type of humor as people must be stripped of predetermined comforts. Otherwise, norms that are corrosive remain undisturbed. Without this disruption, people are susceptible to becoming lost in a spectacle of irrational frenzy influenced by ideologies, similar to that of Trump’s movement, which damages the principles they desperately claim to uphold.

Besides, it is the duty of a university to not only embrace the instruction of new, challenging ideas, but allow a respectful platform for response as well.

Although that is an extreme and infrequent scenario, it is, nonetheless, firmly rooted in the absence of contentious thought from social discourse. In this sense, the preservation of a politically correct culture denies us access to challenging, provocative ideas, generating restrictive “safe spaces.” As a result, a student body is deprived of further intellectual development by this void of anomalous ideas. Besides, it is the duty of a university to not only embrace the instruction of new, challenging ideas, but allow a respectful platform for response as well.

Returning to comedy, perhaps we’ve thrust the art backward into the 1960s, in which currently renowned, innovative comic Lenny Bruce was on several occasions removed from the stage, culminating in an appearance in front of a New York obscenity court for disseminating provocative speech. Fortunately, Bruce’s case is not representative of the current issue. After all, a campus has neither physically removed nor banned a comic from performing; in a sense, PC culture has nurtured a platform in which courageous, passionate comedians who desire to provoke and challenge their audience are filtered from those who merely yearn for acceptance.

Nonetheless, the reluctance of some comics to perform on college campuses indicates that PC culture blatantly produces a space in which some do not feel comfortable spreading their beliefs and self-censoring is incentivized. In regards to the art form, the politically correct climate of college campuses has devolved comedic performance into another “safe space.” The foundational fallacy of the ideology of political correctness is that it seeks to eliminate the inevitable: taking offense. To the distress of many, indignation is unavoidable; what matters is the means by which we respond to offense. Attempting to silence provocative ideas is destructive and not conducive to future progress. The PC collective should abandon the current path of dangerous emotions taken to their extreme and impassioned speech fueled by rage. Instead, only a rational, respectful conversation can effect meaningful change.