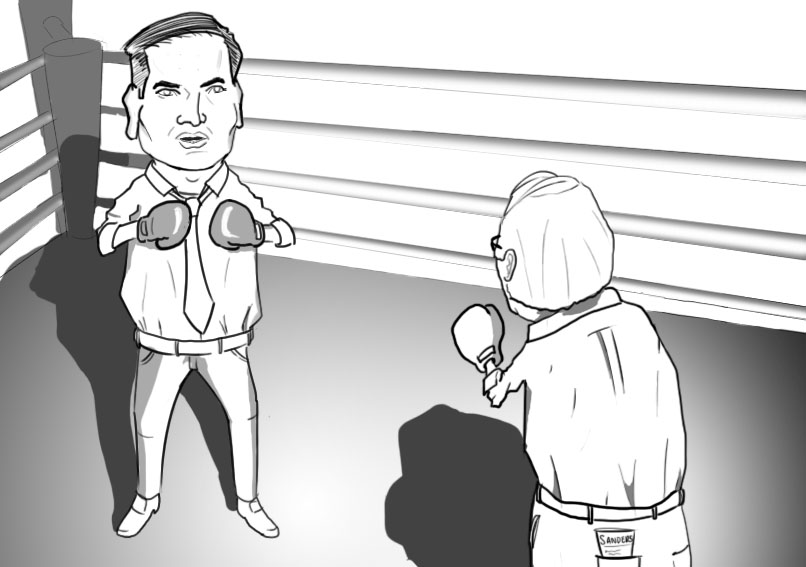 Welcome to the 2016 GOP primary, a bizarre world where a former (probably still current) liberal hair visionary just won New Hampshire by 20 percent and looks likely to win South Carolina. In the other corner is a Canadian who shut down the government, along with the supposed savior of the GOP (Sen. Marco Rubio), who just finished an embarrassing fifth place in New Hampshire.  Relax … Despite early results, it is still unlikely that either Donald Trump or Sen. Ted Cruz will win the nomination.

Despite the hysteria over Trump and Cruz, it is important to note that the “establishment” lane for the nomination remains crowded with three candidates: Rubio, Gov. John Kasich and former Governor Jeb Bush.

Over the next few weeks, the calendar is chock-full of Southern states, many of which are clustered on Super Tuesday (March 1st). This should benefit Trump and Cruz, who do well in states with significant populations of very conservative and evangelical voters. However, beginning in mid-March, two important developments take place that favor more establishment candidates. First, the calendar shifts north to the Rust Belt and blue states. These Republican voters are more moderate, and fewer identify as evangelicals.

According to Nate Cohn of the New York Times, one of the main reasons the GOP usually nominates the establishment candidates is the sheer number of delegates allocated by blue-state Republican voters that go toward the establishment candidate.  The second development is the method of delegate allocation will change. Early states almost exclusively allocate delegates proportionally. This method resulted in Ted Cruz only getting eight out of 30 delegates from Iowa, despite winning the state. This is important because Trump and Cruz will eat into each other’s numbers, as they did in Iowa, in the Southern states where they are directly competing. This will keep their delegate totals low.

More importantly, most of the later and bluer states allocate their delegates via a “winner-take-all” method, where the winner of the state gets all of the delegates. So for example, if Rubio wins New Jersey by one vote, he gets all 51 delegates. In June, California and New Jersey will allocate their combined 223 delegates, or 18 percent of delegates needed to win the nomination via the winner-take-all method. It may take a while, but given the schedule, the establishment candidate should be able to amass enough delegates by winning large blue states.

Given the moderate bent to later states, Rubio, or anyone else, should be able to win enough delegates in these larger, winner-take-all states to secure the nomination

Finally, a poll released by Public Policy Polling earlier this month showed Rubio beating Trump by one point nationally in a three-way race between Rubio, Cruz and Trump. Given the moderate bent to later states, Rubio, or anyone else, should be able to win enough delegates in these larger, winner-take-all states to secure the nomination, given the current horse-race numbers.  It might be wishful thinking that the establishment field will consolidate, but if it does, Trump and Cruz will be sent packing, and order will be restored to the universe… Probably…