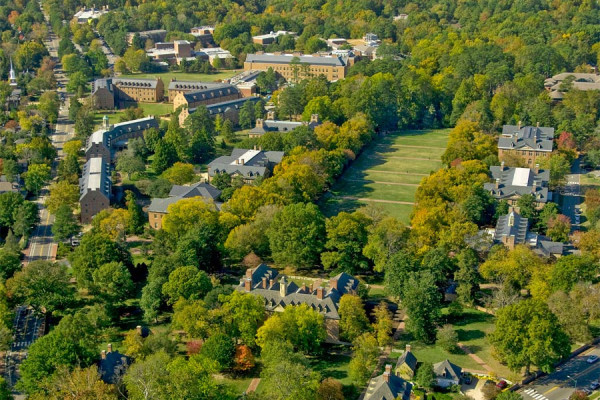 Following senate procedure, Ambrose sent out an email Dec. 15 to the junior class explaining that Soroka had resigned and that she was looking for a new senator. The email asked each applicant to send in a resume for the Class of 2017 senators to review.

“I chose to apply because I used to play on the women’s soccer team and I am a huge Tribe fan but because I just recently got into the business school and knew I wanted to double major, I made the decision not to play because the time commitment it takes to be a Division I athlete is a lot of time,” Olivia Camper ’17 said. “However, I wanted to focus on my future and do something that would help me in the future. I knew I wanted to double major in government, and I felt like this would fill that void and be something of substance for me to do.”

Camper was one of the top three applicants chosen for an interview. During the interviews, Ambrose and the other senators asked questions such as “Why are you interested in being involved in Student Assembly?” and “What are some things that you would like to see happen in the junior class?” Following these final interviews, the senators decided to appoint Camper.

“In the end, the senators and I decided to appoint Olivia due to the confidence we had that she could truly succeed in the senator position,” Ambrose said in an email.

Besides being a former member of the College of William and Mary’s women’s soccer team, Camper is a member of Delta Delta Delta sorority, a marketing intern for Tribe Athletics, the Vice President of Communications for the Student Marketing Association and leader of a high school girls’ small group at the Williamsburg Community Chapel.

“In the end, the senators and I decided to appoint Olivia due to the confidence we had that she could truly succeed in the senator position,” Ambrose said in an email. “Her personality was bright and positive, one that we hope will energize the senate and quickly learn the ropes. We appreciated her extensive marketing experience as attendance at and advertising for SA events can be a real challenge. Additionally, we thought her connections and background in the athletic community were a real strength, as SA would love to facilitate more collaboration and involvement from that side of campus life.”

“Olivia comes to Senate with unique experiences from her marketing background and her time as an athlete,” Sen. Eboni Brown ’17 said.

Besides her marketing and athletics experience, Camper said she has an interest in pursuing more initiatives related to mental health on campus. After losing a high school soccer teammate to suicide, she became an advocate for mental health and believes it should always be a top priority on all campuses.

While Camper was introduced to the rest of the SA senate on Feb. 9, she will be formally sworn in to the senate on Feb. 16 and at that time will receive senator privilege.

“Olivia comes to Senate with unique experiences from her marketing background and her time as an athlete,” Sen. Eboni Brown ’17 said. “The athletics community is one in which SA does not reach out to as strongly, and her experience in this area will help to make sure that the athletics community and its issues are heard and we can work to improve the College community as a whole. It feels good to have someone passionate and real to work on-board with our class, and we look forward to continuing to do great work in the Senate.”