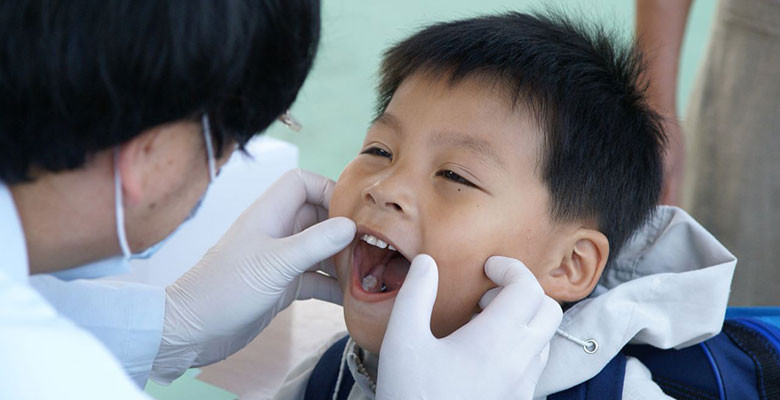 The Taiwan Railways limited express train from Changhua to Kaohsiung takes two hours and eleven minutes, which was just enough time to eat my red bean bun, take a nap, and have a tiny crisis.

As I was slowly waking from my nap, I felt a strange hole in one of my molars. My first thought was that I was having a dream about my teeth falling out. But those dreams are for people who feel anxious or insecure, and I’m happily finding myself in Taiwan!

After this initial doubt of my subconscious’ self-esteem, I had a real cause for some anxiety: I realized that I was not dreaming and that the odd hole must be a cavity. I then remembered the strange gravelly thing I found in my red bean bun earlier on the train ride. The bun must have knocked out a filling! I was betrayed by one of my favorite foods. My mind quickly ran through all the other reasons why this could have happened. Maybe the cavity was new, and I simply hadn’t noticed it. Maybe it grew larger so quickly because of the various, over-sweetened bubble teas that I had tried—a different one each day I was in Taiwan. In this alternate scenario, I was again betrayed, by one of my favorite drinks.

I was mildly reassured by the fact that my tooth didn’t hurt. If it were not for my tongue, I would not have even noticed the hole. My dentist in the US always seemed to enjoy filling cavities that were not actual cavities yet, so maybe I could ignore this until I was back in the states. I could cut back on my bubble tea intake and floss more often.

However, I wasn’t intending to return to the US until August. Five months would likely be too long a wait for my precious molar. I resigned myself to the idea that I had always had and always would have awful teeth.

I returned to Japan a few days later, and, determined to complete the Kubler-Ross model of grieving over teeth, I added “find a dentist” to my to-do list.

Like many other college students, I have an imaginary checklist of activities that mark my transition to adulthood—whatever “adulthood” might be. Each check is a little point of pride where you say to yourself, “wow, I might actually be able to survive maturely and independently. Who would have thought it possible?”

2.Deciding you want to buy broccoli at the grocery store.

3.Making an appointment with the dentist.

I have to admit that I had never completed item #3. Since entering college, I’ve gradually become comfortable with making my own appointments with the doctor, but I had not reached the level of adulthood in which you decide to call a dentist.

Every six months at my family’s home in the US, the dreaded, overly-cheery postcard would arrive in the mail: “It’s time for a cleaning! Call us to make an appointment!” My mom would then ask me when I have time for the dentist, I would begrudgingly answer, and it would happen.

I completely and (mostly) irrationally hate the dentist. Compounding my problems, I not only needed to make my own appointment, but I also I needed to find a dentist with whom to make the dreaded appointment.

As I began researching English-speaking, US-educated dentists in Tokyo, I often came upon reviews saying that such dentists were often overpriced, designed for rich expats, and required you to make multiple visits. I reached out to one of my dad’s friends, an American who has been living in Japan for the past 10 years, and he recommended his dentist. I still wasn’t sure how much it would cost and was a bit disconcerted by the English version of the dentist’s website (heavy emphasis on aromatherapy), but I made the call.

It was surprisingly the gentlest, fastest cleaning and filling that I have ever had. With Japan’s National Health Insurance (NHI), the whole procedure cost under 30USD.

I mentally thanked the Kyra of Last Semester, who paid for this month’s NHI bill in advance. All exchange students in Japan are required to sign up for the NHI, but there aren’t any clear repercussions for not paying—at least, as long as you don’t need to see a dentist or doctor. It’s quite simple; you just pay at the convenience store (a.k.a. the conbini, where you can do everything). Fortunately, I figured this out a few months into my study abroad year, at which time I paid for the months I had missed—no fee for being late.

With a new filling, and a new gold star on my “Attempts to Be an Adult” list, I rewarded myself by finding my French friend’s recipe for dark chocolate, tea-infused ganache.