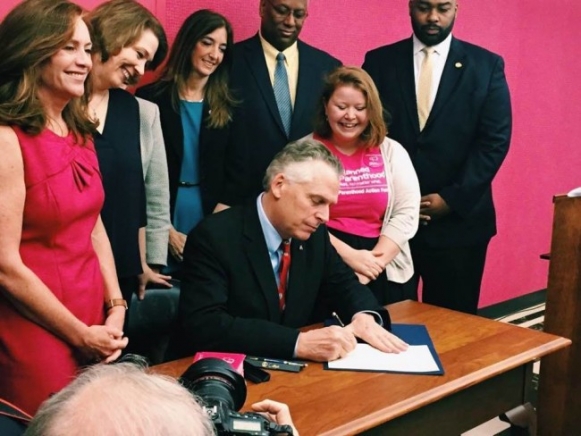 To the Editor-in-chief of The Flat Hat,

Today, I came across an unsettling article that was featured in your student newspaper, The Flat Hat. It was titled “Thinking Outside the VOX.” I found this unsettling, not because it didn’t align with my personal views, but because it seemed to have been written from an exceedingly biased perspective. The Flat Hat is known to be a student newspaper that articles the opinions and stories of students across the College of William and Mary campus. As a student at William and Mary, I appreciate that. I think it is important to see every opinion from all angles, not only to learn more about your own views and other perspectives, but in order to develop a healthy, educated and resilient opinion.

However, this article, which was a headline story, used specific rhetoric that defined the pro-life movement as something outside its strongly held values by using the terminology “anti-choice” to define pro-lifers. I, as a pro-lifer, have stood outside abortion clinics in prayerful silence, holding the occasional sign which offered help, and always displaying a loving demeanor. The only hate I have experienced is from the people who would drive by to shout curse words, use vulgar hand signs and spit on us. I understand, and I hope you do as well, that there are extremists on both sides. But to define a whole movement by words that over-generalize a population, especially in a newspaper that features student opinion-based articles, is abysmal to me. I have thus far only read subjective articles that depict the pro-choice movement in The Flat Hat. I would hope that you would recognize and address my concerns. Further, I would hope you would allow and, even more so, encourage pro-lifers and pro-life groups to portray their stories in The Flat Hat in order to intensify the diversity and inclusion of all groups at William and Mary.

Editor’s Note: An earlier version of the article being responded to referred to critics of abortion as “anti-choice.” The article has been amended to reflect The Flat Hat’s style guide.