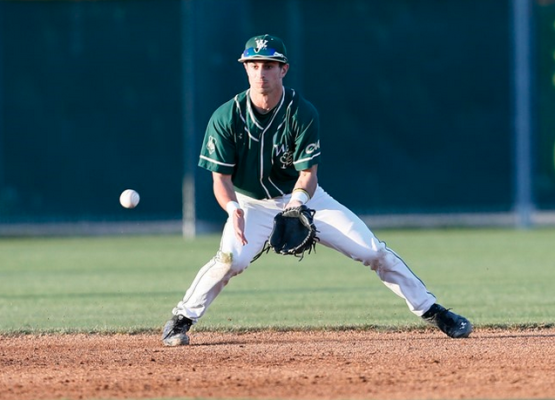 William and Mary had an up and down week, winning at Virginia Tech on Tuesday with a strong offensive performance and falling at Old Dominion the next day while managing just one run.

Tuesday, the Tribe offense hit early and often en route to a 12-8 victory. However, in the bottom of the second inning, the Hokies (11-22, 2-13 ACC) struck first, driving home two runs. The College (15-16, 4-4 CAA) countered when senior center fielder Josh Smith hit a solo home run to bring the score to 2-1. After redshirt freshman shortstop Kyle Wrighte struck an RBI single to tie the game in the top of the fifth, senior first baseman Charley Gould blasted a huge three-run homer to give the Tribe a 5-2 lead.

The Hokies responded by scoring four straight runs to take a 6-5 lead into the seventh inning. A Virginia Tech error quickly allowed two College runs to score to take a 7-6 lead that the Tribe would not relinquish. Junior designated hitter Ryder Miconi immediately followed up on the error from the Hokies by hitting a sacrifice fly to bring Smith home.

In the top of the eighth inning, the College put the game firmly out of reach, scoring four runs.

In the top of the eighth inning, the College put the game firmly out of reach, scoring four runs.  Gould took advantage of a wild pitch followed by an error to score in the eighth. Freshman catcher Hunter Smith hit an RBI single, and Wrighte hit a two-RBI double to finish the scoring for the Tribe. After the Hokies managed one run in the bottom of the ninth, the final score stood at 12-8.

Sophomore right-handed pitcher Charlie Fletcher picked up the win for the College, improving his record to 2-1 on the season.

The Tribe could not follow up its strong performance in Blacksburg with another victory, as it fell 7-1 to Old Dominion (23-10, 6-6 C-USA) Wednesday, ending a three-game winning streak. In what was a battle of pitchers, the teams managed just nine combined hits, the College producing four. In the bottom of the first inning, the Monarchs had three of their five hits for the game and drove home three runs to take a 3-0 lead that proved to be insurmountable for the Tribe.

In what was a battle of pitchers, the teams managed just nine combined hits, the College producing four.

The College’s offense did not do much of anything until the fifth inning, when the team was already in a 5-0 hole. In the top of the fifth inning, junior third baseman Tim Hoehn hit a sacrifice fly to drive home sophomore second baseman Cullen Large. The final score was 7-1.

Large was the lone bright spot on offense for the Tribe on Wednesday with two hits and the run scored for the College. Sophomore right-handed pitcher Michael Toner picked up the loss for the Tribe, falling to 0-2 on the season.