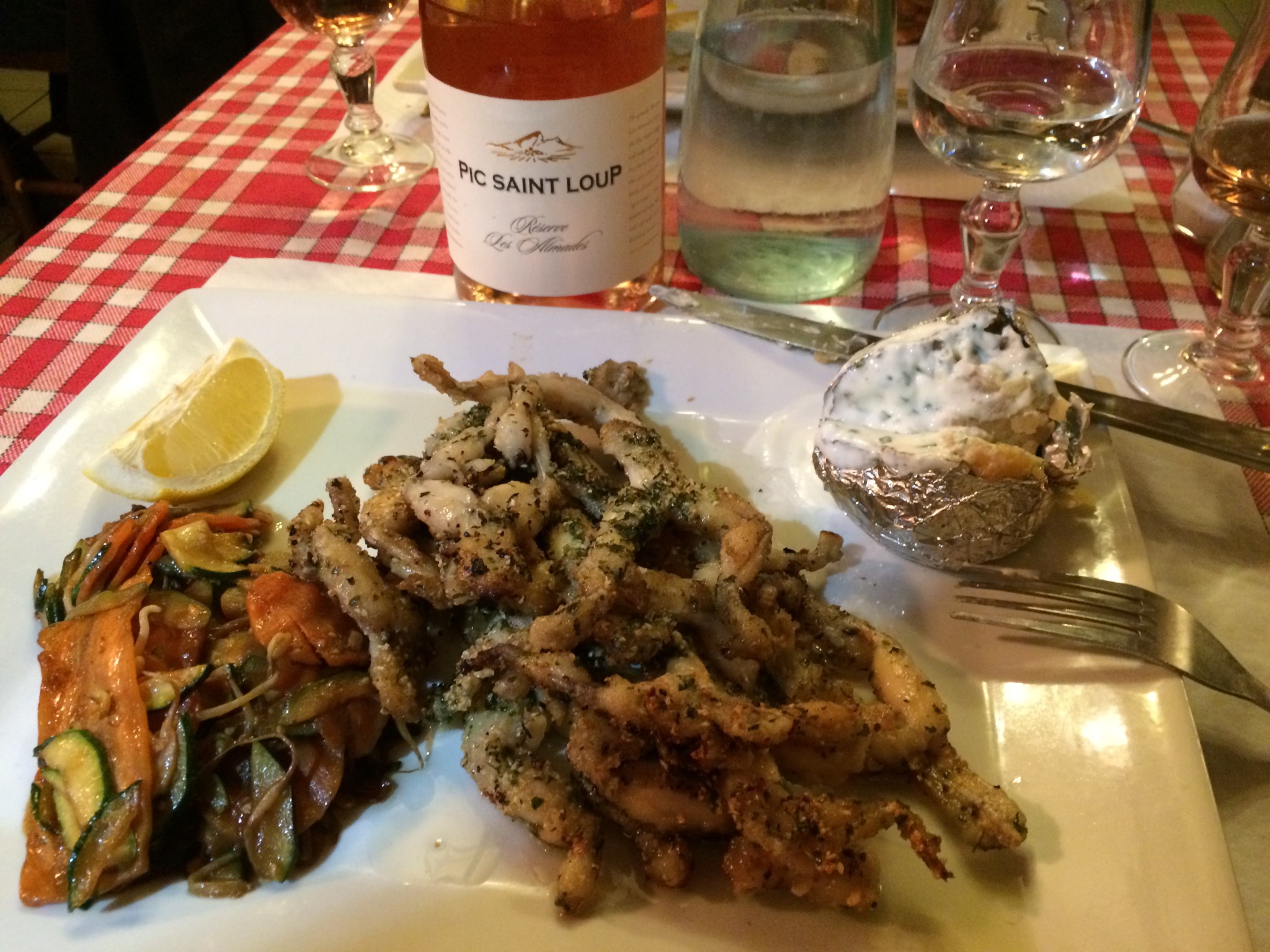 Spring break: the fabled few days each March of a collegian’s career with the highest concentration of debauchery. Or so Hollywood tells us. I cannot, however, regale you with tales reminiscent of Jake Owen’s “tan lines” and a “slow tide rollin’” at Daytona Beach. You’ll have to settle for stories that transpired under the Mediterranean sun.

A train that wound up the coast swept me from the Barcelona airport to the French town of Montpellier. After months in Scotland, a land bathed in a constant mist, my skin cells simultaneously writhed and rejoiced under the crystalline sky. Once I muddled through introductions in French with the proprietor of the flat I rented—who eventually switched to English when he realized that I was not bilingual—I immediately traded my Levi’s and sweater for a breezy skirt and cotton shirt to spend the day walking through the city under a perfect sky. That was the last time I saw the sun for two days.

I immediately traded my Levi’s and sweater for a breezy skirt and cotton shirt to spend the day walking through the city under a perfect sky.

The constant drizzle of the next 48 hours forced my travel companion Hannah, a fellow American spending a semester in Scotland, back into our rain jackets and thick socks to brave the rat maze of unplanned medieval and early modern streets. When we had warmed our hands by cupping large bowls of thick hot chocolate and satisfied our hunger with crepes and croissants, we felt prepared for a full day of rigorous shopping. As an aside, I firmly believe that every girl who can should take the opportunity to shop in the parts of France remote from cliché Parisian paths: Proprietors of local shops will pull entire outfits that complement a piece that the shopper selects from a shelf and will arrange and rearrange accessories without fatigue after the shopper emerges from the dressing room so that the shopper begins to believe she is the most adored china doll in creation.

Those unfamiliar with marathon shopping days will not understand the physical toll that the activity places upon the body. Hours of gazing at patterns, colors and shapes weary the eyes, miles of walking up stone hills and steps while carrying bags of clothing burn countless calories, and recalling a foreign language from the recesses of the mind and then forcing the mouth into unfamiliar shapes tires the mind. As we trudged back to our flat with our loot, we spotted the cozy windows of a restaurant making preparations to reopen for evening hours, tucked away in Montpellier’s oldest neighborhood. The warm reds of the interior that matched the name of the establishment itself, La Tomate, enticed us to return for dinner.

Those unfamiliar with marathon shopping days will not understand the physical toll that the activity places upon the body.

A few hours later, we stepped inside the door that had caught our attention. We shed our jackets and settled down at a table beside a group of impeccably dressed French girls our own age celebrating a friend’s birthday. An older couple diagonally behind us had selected a bottle of wine and their dinner had just appeared in front of them. Two middle-aged gentlemen sat towards the back of the room talking in hushed tones and nursing a bottle of wine.

The perusal of the menu fomented a series of conundrums. The word “grenouilles” stared up at me from the piece of paper. Thankfully, I know the French word for “frog” when I see it. Knowing how to say “frog” in French and desiring to eat frogs while in France, however, are two entirely different things. I reviewed the pros and cons of munching on a green amphibian best suited to hopping away from children trying to catch them in the dog days of summer. Pro: I’ve caught a few of the little green poppers in my day, and I might enjoy knowing what they taste like. Con: I’ve caught a few of the mud-dwelling croakers in my day, and they might taste exactly like their environment. In a fit of “when in Rome” syndrome, I decided upon trying the frogs. As soon as I had made this decision, Hannah had a craving for beef and foie gras.

In a fit of “when in Rome” syndrome, I decided upon trying the frogs.

Now I know why my father becomes mildly flustered when he and my mother go out to dinner with other couples and everyone orders dishes incompatible with a single wine. As the resident wine geek of my parents’ friend group, my father occasionally has the responsibility of ensuring that everyone’s dish melds with his or her glass of wine, for there is no joy in the world like twirling the stem of a glass between your fingers and bringing it to your face to discover that its aromas and flavors mirror those of the plate in front of you. I appear to have inherited the wine geek responsibilities, and the menus of Montpellier rarely offer wines by the glass. If we wanted wine, we were going to have to order a bottle, so I accepted the challenge and turned my attentions to the wine list.

We would have to reach a middle ground. A rosé from the area in which Montpellier lies, Languedoc, caught my attention. I didn’t feel terrible subjecting Hannah and her red meat to the rosé because the menu had described the foie gras atop a slab of beef as a “burger.” The combination might turn out to be… whimsical. I inwardly cringed when I asked for the bottle and the waiter asked if I realized that I had selected a rosé. “Oui, je sais.”

A rosé from the area in which Montpellier lies, Languedoc, caught my attention.

Out came the chilled bottle and our plates. The waiter placed before me what I can describe only as a mess of frog legs; an entire colony of plump hoppers had died to feed me that evening. I squeezed a lemon wedge onto the pile of miniscule muscular hind legs attached to remnants of torsos and clumsily attempted to separate the flesh from bones more delicate than a quail’s with my knife and fork. Once I had succeeded in this task, I took my first tentative bite.

The lightest panko and herb coating added a crispiness to the sweet, firm meat. Frog, much like other tender white meats, has a unique sweetness combined with the taste of whatever sauce accompanies it — buttery garlic, in this case. The slight acidity in the rosé that rang with strawberry counterbalanced the rich fattiness of the creamy legs.

The slight acidity in the rosé that rang with strawberry counterbalanced the rich fattiness of the creamy legs.

If the French don’t yet have a food that they associate with picnics similar to the way the American South associates them with the outdoors, fried chicken and fruit pies, they might consider the candidacy of the frog leg. Much like fried chicken, frog legs invite you to pick them up between your fingers and gnaw on them — provided you’ve packed a supply of napkins — and provide a satisfying simultaneous display of rich and delicate, crispy fat and lean muscle. Most importantly, both pair well with dry rosés, the ultimate picnic wine. Picnics require fun and invention, and a good rosé, in addition to its complexity, adds these qualities to food.

While the rain trickled down a windowpane at my back, my mind remained in a contented sunlit state. I had frog legs and a glass of rosé sitting atop a red-and-white checked table cloth; an indoor picnic in anticipation of brighter, warmer weather. Instead of jumping through waves, I had poured through oceans of fabric that day, and it was time to relax in the best French Mediterranean style of spring break: Nothing says “frivolity encouraged” like a glass of pink tipple and a frog leg.