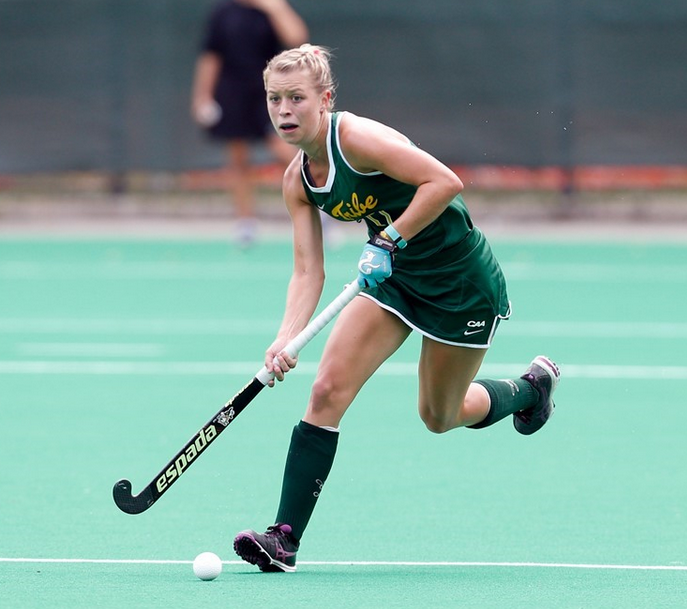 William and Mary swung its season in the right direction this past weekend, blowing out Towson 8-1 on Friday before narrowly falling against No. 10 Delaware 3-2 Sunday. With eight games remaining, the Tribe now sits at 4-6 (1-1 CAA) just after the halfway point of the season.

Friday, the College quickly asserted itself and put Towson in a hole just 23 seconds in, when junior midfielder Estelle Hughes launched a shot into the upper right corner of the goal. In the 10th minute, Hughes struck again to bring the Tribe lead to 2-0 after tapping a long pass from junior midfielder Erin Menges past Towson goalkeeper Emilee Woodall. Less than two minutes later, Towson showed signs of life as Tigers midfielder Sabrina Davis put a shot past freshman keeper Morgan Connor, bringing the score to 2-1.

Menges continued her aggressive offensive play, and it paid off in the 20th minute when she elevated a shot above Woodall and into the back of the net after corralling a pass from freshman forward Annie Snead to give the College a 3-1 lead going into halftime.

The Tribe really began to pile it on in the second half, scoring three more times in the first seven minutes of the half to drive the margin to an absurd 6-1 lead. Menges struck again in the 39th minute, striking the ball while it was mid-air after a pass from sophomore midfielder Jenny McCann. Senior midfielder Amanda McAteer scored just two minutes later after corralling a rebound off a missed shot from junior forward Cammie Lloyd. Lloyd found the back of the net for herself in the 43rd minute, capitalizing on a long pass from junior midfielder Booter Ellis.

After allowing six goals, Towson elected to pull Woodall, even though she had made 16 saves on 22 shots on goal. However, a new goalie in the opposite net did nothing to slow the Tribe attack.

Snead scored twice within a 10-minute span to push the score to its final tally of 8-1. The first came in the 55th minute as she chipped a pass from senior forward Olivia Hajek over the goalkeeper. The final goal of the night came in the 63rd minute as Snead redirected a shot from Lloyd straight into the goal.

Friday’s strong win gave the Tribe momentum heading into Sunday’s showdown with Delaware, the No. 10-ranked team in the nation.

Just like against Towson, the College made a statement in the opening minutes, as Lloyd buried a long shot for a 1-0 lead just 3:29 into the contest. The Delaware offense responded quickly, peppering the Tribe defense with a series of shots before Blue Hens midfielder Greta Nauck gathered the rebound of her own shot to tie the game 1-1.

Just over two minutes later, Lloyd answered in a big way. Off a corner, freshman midfielder Cassidy Goodwin slotted a pass to Menges, who dropped it off for Lloyd, who calmly placed it in the back of the net.

In the final sequence of the first half, Delaware struck back, after the third shot of the possession proved unstoppable to knot the game at two going into the break.

After halftime, defense dominated, and despite 12 shots from the Blue Hens and five from the Tribe in the second half, the game remained deadlocked at 2-2, requiring 7 vs. 7 overtime.

The Blue Hens controlled the brief sudden-death overtime period, as Nauck scored her second goal of the afternoon on an impressive top upper corner shot from distance to give the Blue Hens a narrow 3-2 victory.

Despite the loss, Connor was terrific for the Tribe Sunday, coming up with 10 saves. Lloyd led the College with four shots while Hajek added two. Overall, the Tribe was out-shot 26-10 and 15-5 in shots on goal.

Looking forward, the Tribe hits the road to play Northeastern Sunday at 1 p.m. before returning home to face Virginia Tuesday at 5 p.m.