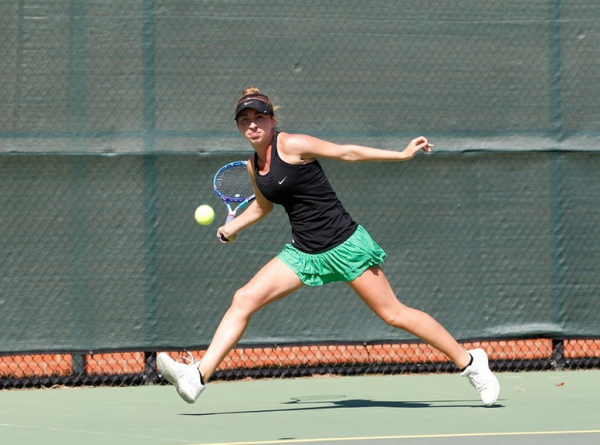 William and Mary participated in the Cissie Leary Invitational this past weekend, a tournament hosted by Pennsylvania in Philadelphia Friday through Sunday. The event was broken into four flights, with an A and B bracket each for doubles and singles matches.

The Tribe kicked off the tournament Friday with the partnership of junior Maria Groener and freshman Rosie Cheng winning their first match in Flight B Doubles against the Penn State pairing by a score of 6-0. Groener and Cheng then highlighted the day by winning their quarterfinal match 6-3, defeating a Temple duo to advance to the Fight B Doubles final four. Senior Marie Faure and junior Olivia Thaler competed in Flight A Doubles, where they won a tight match 7-6(4) over Delaware. Slated as the No. 3-seed, the pair fell in their follow-up match to host Penn State.

On the second day, Cheng and Groener’s run came to a close when Delaware defeated the duo 6-3 in the Flight B Doubles semifinals, eliminating them from contention. The College’s singles matches were a mixed bag — Faure won the lone Flight A Singles match of five total while three out of five Flight B Singles matches went to the Tribe. Faure defeated Drexel’s Ghita Benhadi 6-1, 6-3 but fell in her following match to No. 7-seed Marika Cusick of Cornell. Cheng fell to opponents from Columbia and Maryland while Thaler fell to St. John’s.

Perry continued to shine, advancing to the Flight B final with victories over Columbia’s Renee Ren and No. 5-seed Shannon Hanley of Penn State. Wuenscher won her first match of Saturday over Penn State’s Bennett Dunn by a 7-5, 7-5 score, though she fell in her next match 6-2, 6-4 to Delaware’s Sarah Hall. Rounding out the day, Groener fell in a marathon match to Columbia’s Andrea Kevakian 5-7, 6-4, 10-8.

Freshman Natalie Perry performed admirably Sunday, upsetting the top seeded player in Flight B Singles, Lina Qostal of Penn, in a 3-6, 7-5, 6-4 decision. She lost in the final match of the bracket to Penn State’s Sammi Smith 6-1, 6-2, but claimed an impressive second in the flight overall. Junior Olivia Thaler won Sunday in the consolation bracket of Flight A Singles, defeating Alanna Wolff of Princeton 2-6, 7-5, 10-7.

The promising results offer the College optimism heading into the rest of the season, with the Riviera/ITA All-American Championships kicking off this Thursday in Pacific Palisades, Calif.