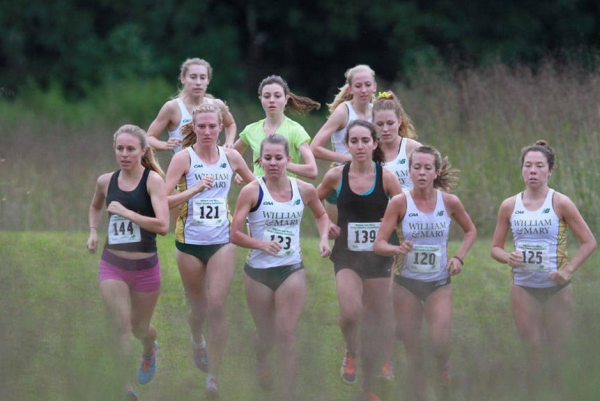 The men have won a staggering 16 straight conference championships, while the women have won four straight CAA titles.

The Tribe will look to sweep again Saturday, Oct. 27 when the 2016 CAA Cross-Country Championships are held in Newark, Del.

Barring catastrophe, junior Regan Rome will win her first individual CAA cross-country title in the women’s 6K race. The All-American finished runner-up to teammate Emily Stites at last year’s conference championships, finishing 10 seconds behind the senior in 20 minutes, 10 seconds. With Stites having graduated in the spring, Rome is the strong favorite to come away with the victory Saturday. She has had an excellent season so far, winning both the William and Mary and Panorama Farms Invitationals and running 20:17 to place fourth in a stacked field at the Penn State National Open.

A number of other runners will be in the hunt for a top three finish, including Carol Strock of James Madison, Kimberly Johansen of Elon, and Tribe junior Molly Breidenbaugh. Strock is the second-highest returning finisher behind Rome as a result of her fourth place finish at last year’s CAA Championships. The senior has improved this season, running a personal best of 20:27 over 6K at the Paul Short Run to place a respectable 14th. Johansen, who placed sixth last year at CAAs, is also enjoying an impressive 2016 campaign. The Elon senior ran 17:23 to place 32nd at the Louisville Classic and 21:04 to place 57th at Pre-Nationals. Breidenbaugh’s results from the 2016 season indicate she is a threat to supply the College with a 1-2 punch in the results. She clocked 21:00 over 6K at the Penn State National Open and seems primed to improve on her fifth place finish from CAAs a year ago.

Despite losing Stites and 2015 CAA third-placer Meghan McGovern to graduation, the Tribe will look to capture their fifth consecutive CAA championship. Rome and Breidenbaugh are two formidable low sticks and juniors Audrey Gordon, Molly McKenna, and Molly Applegate have run consistently well over the course of the 2016 season. Women’s head coach Natalie Hall hopes the conference meet will serve as a successful tune-up for the upcoming Southeast Regional Championships.

“We always want to respect James Madison, who has a really great squad, and Elon usually looks really good in the conference,” Hall said. “Regan’s going to do her thing, hopefully win it, but then our group of Molly Breidenbaugh, Molly Applegate, Molly McKenna and Audrey Gordon will look to pack up really well and just kind of practice having a really good race and getting ready for regionals.”

Regan’s going to do her thing, hopefully win it, but then our group of Molly Breidenbaugh, Molly Applegate, Molly McKenna and Audrey Gordon will look to pack up really well and just kind of practice having a really good race and getting ready for regionals,” Hall said.

In the men’s 10K, Elon’s Nick Ciolkowski is the favorite to bring home the individual title. Last year, Ciolkowski won the CAA championship as a true freshman by a fraction of a second over Tribe then-junior Faris Sakallah. This year, he had a start to his season that suggests he is ready to defend his title. Ciolkowski opened the season by winning Elon’s home invitational, placing 12th at the Louisville Classic in a quick 24:16, and then placing third in the White Race at Pre-Nationals in 24:48. The Tribe has several runners who will look to upset the reigning champ Saturday. Sakallah will look to get the better of Ciolkowski this year in his final conference meet. Redshirt junior David Barney ran 24:31 over 8K at the Panorama Farms Invitational. And sophomore Ryan McGorty, a 3:51 1500 man on the track last spring, led the Tribe at the Penn State National Open with his 33rd place finish.

At last year’s CAA championships, the Tribe men dominated. The Tribe occupied second through fifth in the results and its entire scoring five were within the top ten. This year, the College boasts a similarly tight 1-5 spread. The gap between the first and fifth Tribe runners at the Penn State National Open was an outstanding 19 seconds. If the Tribe can post a comparable spread Saturday, chances are good that they will return to Williamsburg with their 17th straight CAA championship.

“The guys have done a really good job of creating momentum throughout the season and coming together and being a close-knit group,” head coach Chris Solinsky said. “And that’s showing in their mentality and that’s showing in the results of the races. And next weekend is no different for us. Just trying to continue to keep that momentum going forward and getting even closer as a group throughout the race and trying to work on some of the things we need to work on heading into the regional meet as well.”

CAA foe Northeastern only lost one senior to graduation from last year’s runner-up team and will look to take the title from the Tribe. The Huskies were victorious at this year’s New England Championships with an impressive 1-5 spread of their own of 31 seconds.

“Obviously we can’t overlook Elon as a team, or Northeastern as a team, or any of the other teams from the conference for that matter,” Solinsky said. “But going in there, trying to execute the plan, and making sure we finish the last part of the race really strong and seeing how many guys we can get into the top twelve, get into that All-Conference team, is kind of the goal for us.”