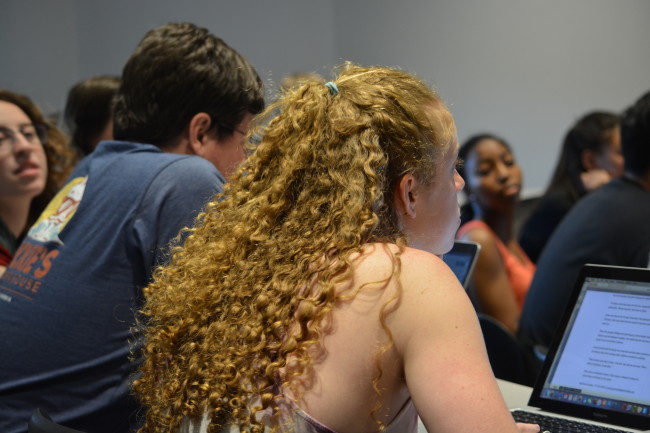 For the second time this semester, senators were called under attendance review during the Student Assembly senate meeting Nov. 1. This attendance review followed the introduction of The Attendance Revision Act, which would codify mandatory attendance at committee meetings and other SA events such as tailgates.

While Chairman of the Senate Danny O’Dea ’18 said it is not common, the senate can call to impeach a senator following attendance review. On Nov. 1, Yackow called Sen. Colleen Heberle ’18, Sen. E’Driana Berry ’17, Sen. Sikander Zakriya ’19 and Sen. Shannon Dutchie ’19 under attendance review. Individually, each senator explained why they missed their three or more meetings.

The other three senators attributed the majority of their absences to sorority and fraternity recruitment and training sessions.

“I had mandatory things for sorority related training and I am in a sorority of two people so I literally have to go to those things and I informed people of my absences,” Berry said.

Heberle attributed her absences to two weekends of committee meetings and a bad migraine and Zakriya attributed his to a new member induction for his fraternity and going out of town for the weekend.

No senators raised a motion to impeach one of the four under attendance review. Immediately following attendance review O’Dea called the senate into a closed session to discuss personnel matters.

This bill is an effort on our part to increase and enforce attendance not only in senate but in other events outside of senate like tailgating and tabling,” Thomas said.

“This bill is an effort on our part to increase and enforce attendance not only in senate but in other events outside of senate like tailgating and tabling,” Thomas said. “I hope everyone takes the time to read this. If this passed, everybody is going to start being held accountable to this.”

O’Dea assigned the bill to all standing committees and reminded senators that any change to the code requires a roll-call vote and must be passed by two-thirds of the senate.

Earlier in the semester, Yackow called Sen. Olivia Camper ’17 and Sen. Tyler Sherman J.D. under attendance review. At that time, no motions were made to impeach Camper or Sherman.