On Wednesday, Nov. 2, the College of William and Mary’s chapter of the NAACP and the Roosevelt Institute held a mock debate focusing on the policies that the national Democratic, Republican and Libertarian parties support approaching the Nov. 8 general election.

Representatives from the Young Democrats, College Republicans and College Libertarians participated in this mock debate, not representing their parties’ presidential nominees, but debating the policies that each of their parties would support. President of Young Democrats Kathleen Bryant ’18, President of College Libertarians Skip Estes ’17 and College Republican representative Harrison Reiff ’18 took turns debating on issues relating to national security, police brutality and environmental policy, as well as other issues that have been part of the political conversation this year.

Mirroring the down-ballot races in the City of Williamsburg, the representatives were divided on their view of the federal government’s role in early education and pre-kindergarten. According to Reiff, the Common Core curriculum has been responsible for the damage he sees in the education system. He said that he and the Republican Party would support giving parents more flexibility in choosing private or charter schools for their children.

“Common Core has done lots of damage to our education system by enacting strict universal standards for schools across the country,” Reiff said. “We agree with libertarians, we should be allowing teachers and local school boards flexibility and freedom to work with their own students, because they know the students the best. Education is key to providing a future for our nation’s children and our nation is stronger when education is stronger. In order to do that, decentralization is essential.”

According to Bryant, the Common Core curriculum started as a state movement to set national standards for achievement, and was not a federal Department of Education policy. She said that the Democratic Party would support expanding access to public schools and universal pre-kindergarten.

“I think that one pillar of Democratic educational policy is expanding access, and obviously the public schools have to provide K-12 education and the government can do even more to fill in what comes before and after, like with universal pre-kindergarten,” Bryant said. “Only half of preschool-aged children are enrolled in preschool, essentially all research studies done on this show dramatic changes in outcomes for kids who have this. In regard to Common Core, there are lots of misconceptions about it, but it started as a state movement.”

The representatives from the three campus political organizations disagreed over immigration reform and border security. Reiff said that he and the Republican Party would support building a wall to strengthen security. Estes said that while security was important, immigrants have benefitted the United States and therefore deserve protection.

“Build a wall, enact a barrier, whatever plan will follow through,” Reiff said. “It is important to make sure the barrier is secure. We need to make sure there are more censors and patrols or drones to cover large areas of land where it is not economical to build a wall. There is lots of crime coming across the border, including from the cartels, which are just as savage as ISIS. We need to make sure our southern border is secure — nation states are not nation states when you start eliminating borders and taking away sovereignty.”

Estes compared Donald Trump’s plan to build a wall to the Berlin Wall in the 1980s and said he thought building a wall would fail to unite the different cultures in the United States.

“Immigrants have provided enormous benefits to our country,” Estes said. “We need to provide them with the economic benefits to succeed themselves, with a sanctuary to raise their families and provide a better life for them. Illegal immigrants commit lower crime rates than naturalized Americans, they are a net positive for the economy. In terms of policy, we need to expand work visas so that people can take advantage of the economic environment for them to succeed in.”

The Roosevelt Institute also asked each of the representatives questions about their party’s policies on social issues, such as rights for transgender people, addressing income inequality and providing funding for Planned Parenthood and other abortion providers.

“Our party is proud to stand with transgender Americans,” Bryant said. “We have seen too many attacks on our campus of the transgender community, seen attacks in state legislatures. There is not enough tolerance in Congress. We need to be respecting people and their gender identities, not discriminating against them. It frustrates me that this is something we have to talk about as a political issue because it isn’t a political issue, we shouldn’t be banning people from using the bathroom that corresponds with their gender identity because of a false myth of a bathroom predator. Republicans like to argue that this would increase crimes against women, but look at the zero-incidence of this crime as evidence we shouldn’t be worrying about this.”

“We need to question what age people are going through that transition at,” Reiff said. “There are lots of Americans that begin this transition while they are still in elementary school that are given hormones and go through surgeries before they can even consent. That is a very important standard that should be set. 50 percent of people go through the full transition commit suicide.” 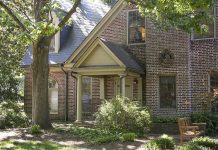 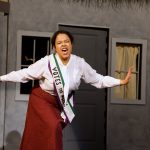 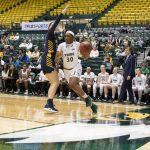