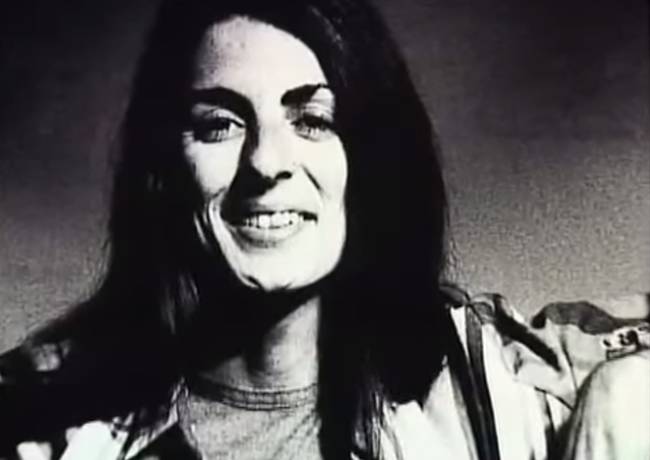 If someone is choosing a movie to go see, rarely would a film solely about a suicide come to mind. For one, you already know the ending of the movie before it begins, and it’s bound to be at least a little depressing. While Antonio Campos’s biopic “Christine” cannot avoid these two qualities, it is a compelling narrative about depression, femininity and the television industry that is well worth a watch.

“Christine” follows the tragic story of Christine Chubbuck, a television news reporter in Sarasota, Fla. who committed suicide live on air in 1974. In the movie, Chubbuck is portrayed as a woman with lofty career ambitions and a desire for romance, but as she struggles to attain both and her will to live steadily declines. Under pressure from her superior and unable to find comfort in her friends and family, she eventually loses all hope and ends her own life.

Such an intimate character study can only succeed with a strong leading performance, and Rebecca Hall is magnificent in the titular role. Hall masterfully taps into Chubbuck’s complexity, playing her not as constantly miserable but as a woman with strong hopes and desires who can never seem to have them fulfilled. Her portrayal of Christine possesses a dryness bordering on sarcasm, outwardly defying her innermost demons to prove to everyone around her, including herself, that she is fine. Her hopelessness is subtle, but powerful; the moments when she breaks are made all the more impactful because of how tough and defiant she seemed before. Her demise is a slow burn, a suicide methodically planned and constructed. Hall displays her immense acting ability as she masks her tragic plot from all her friends and family. It is a tough performance to watch given the heart-wrenching conclusion, but Hall deserves high praise for her impressive work.

Her demise is a slow burn

Hall’s performance is complemented by that of a strong supporting cast, ironically playing characters in whom Chubbuck can’t find sufficient support. Michael C. Hall of “Dexter” fame assumes the role of Christine’s fellow news anchor and secret crush George Ryan, whose on-camera talent and charisma is only matched by his naivete concerning his co-worker’s feelings and mental state. Other notable performances include Tracy Letts as Michael, Chubbuck’s demanding station manager who constantly ridicules her, J. Smith-Cameron as Peg Chubbuck, Christine’s mother, with whom Christine always seems out-of-sync, and Maria Dizzia as Jean Reed, Christine’s camera operator who is left helpless watching her friend shoot herself in the head. While it would be far-fetched to say there was a standout moment from the ensemble, this is to the film’s benefit, as the other actors and actresses allow Rebecca Hall to chew up the screen and give a stellar performance.

While depression is the film’s central theme, Campos effectively addresses other issues, such as the role of women in 1970s America and the nature of television journalism, showing how both of these contribute to Chubbuck’s depression and eventual suicide. Christine repeatedly expresses her loneliness and her need to find a husband. However, Campos’s camera reveals to the audience that her words do not seem to match her actions, as she hesitates to go on a date or even talk to George while telling her mother that she likes him and wants to pursue him romantically. She constantly feels inadequate, in part thanks to Michael’s incessant and harsh criticisms of her work and his bemoaning of feminism when she questions his judgment. “If it bleeds, it leads” he tells her, unhappy that she doesn’t pursue stories of violence and crime which garner higher ratings. Christine is boxed-in by society’s demands for her as a woman, wanting a marriage and professional success, but always reminded that she doesn’t have these things and reprimanded or punished when she tries to do things herself. Thus, in an act of defiance as well as hopelessness, she ends the one thing she can control: her life.

“Christine” may not boast a heart-warming, optimistic premise, but, carried by a strong performance from Rebecca Hall, it tells a thought-provoking, real-life tale that will interest any cinema lover. Those familiar with Chubbuck’s story will undoubtedly know the film’s ending. Regardless, Campos succeeds in discussing several fascinating themes before the final, heart-breaking crescendo, a moment made all the more impactful by the action which precedes it. For all biopic lovers like myself, “Christine” is a must-watch.