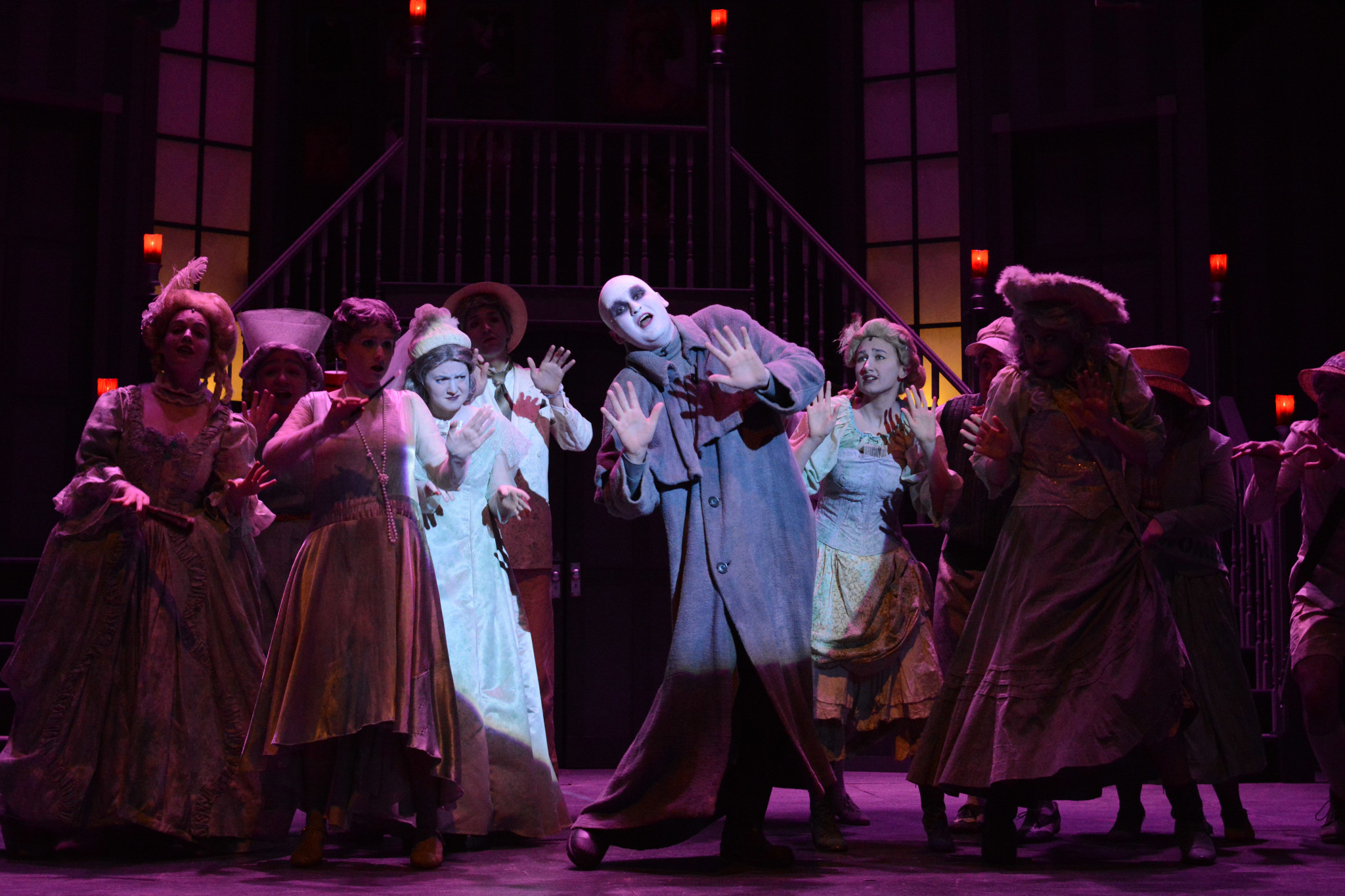 If you think your family is the strangest around, you’re (un)dead wrong. William and Mary Theater breathes new life into everyone’s favorite creepy, kooky family with their production of “The Addams Family” running Nov. 10-13 and again Nov. 17-20.

The musical comedy “The Addams Family” opened on Broadway in April 2010 and was nominated for a Tony Award for Best Original Score that same year. When Gomez Addams discovers that his daughter Wednesday has fallen in love with a nice, normal boy named Lucas, he finds himself struggling to balance his daughter’s love, his wife’s trust and his family’s way of life. When Lucas and his parents arrive at the Addams family’s home, a friendly evening of dinner and drinks quickly turns into a hysterical night of hauntings, hijinks and a chance for both families to see themselves for what they truly are.

A smooth opening night performance excelled due to its comedy and, despite its ghostly characters, liveliness. Although the show itself felt limited in its scope and the opportunities that it presented to the cast and crew, the ensemble of undead ancestors portraying various generations of the Addams Ancestors, was well-utilized and added texture to the show’s larger numbers such as “One Normal Night” and “Waiting”. Several members of the ensemble failed to demonstrate distinct character decisions, but the ensemble’s combined vocal prowess was impressive. A skilled orchestra, directed by Phaedra McNorton, played harmoniously with the show’s choreography by Denise Damon Wade. The cast executed dance numbers with humor, but their dance performance could have been more compelling overall.

Xavier Soto Burgos ’20, in his second main stage performance for William and Mary Theater, delivered a solid performance as Gomez Addams, demonstrating unwavering grace in his delivery, timing and movement. His vocal prowess was apparent in “Wednesday’s Growing Up” and “Happy Sad.” He remained skillfully in-sync with Kaeylyn Warne ’17, who portrayed the hauntingly elegant Morticia Addams with just the right degree of flair and exuberance. Alex Poirier ’19 portrayed the lurid Wednesday Addams, adding her personal brand of snark to the iconic role.

The set and lighting effectively transformed the theater into a ghoulish haunt. Both elegant and austere, the set pieces ranged from looming, twisted trees to an imposing mansion with sweeping staircases which allowed for ample character movement. Several slow lighting cues disrupted the show’s momentum, but sound effects remained suitable throughout the performance.

While the production speaks to a wide audience and is presented with an abundance of warmth and charm, it ultimately lacks the finesse and depth that is so distinctive to William and Mary Theater. However, the cast and crew’s ultimate triumph was putting their hearts into a feel-good performance focused on love and commitment, that could leave even the most stone-hearted theatergoers dying of laughter.