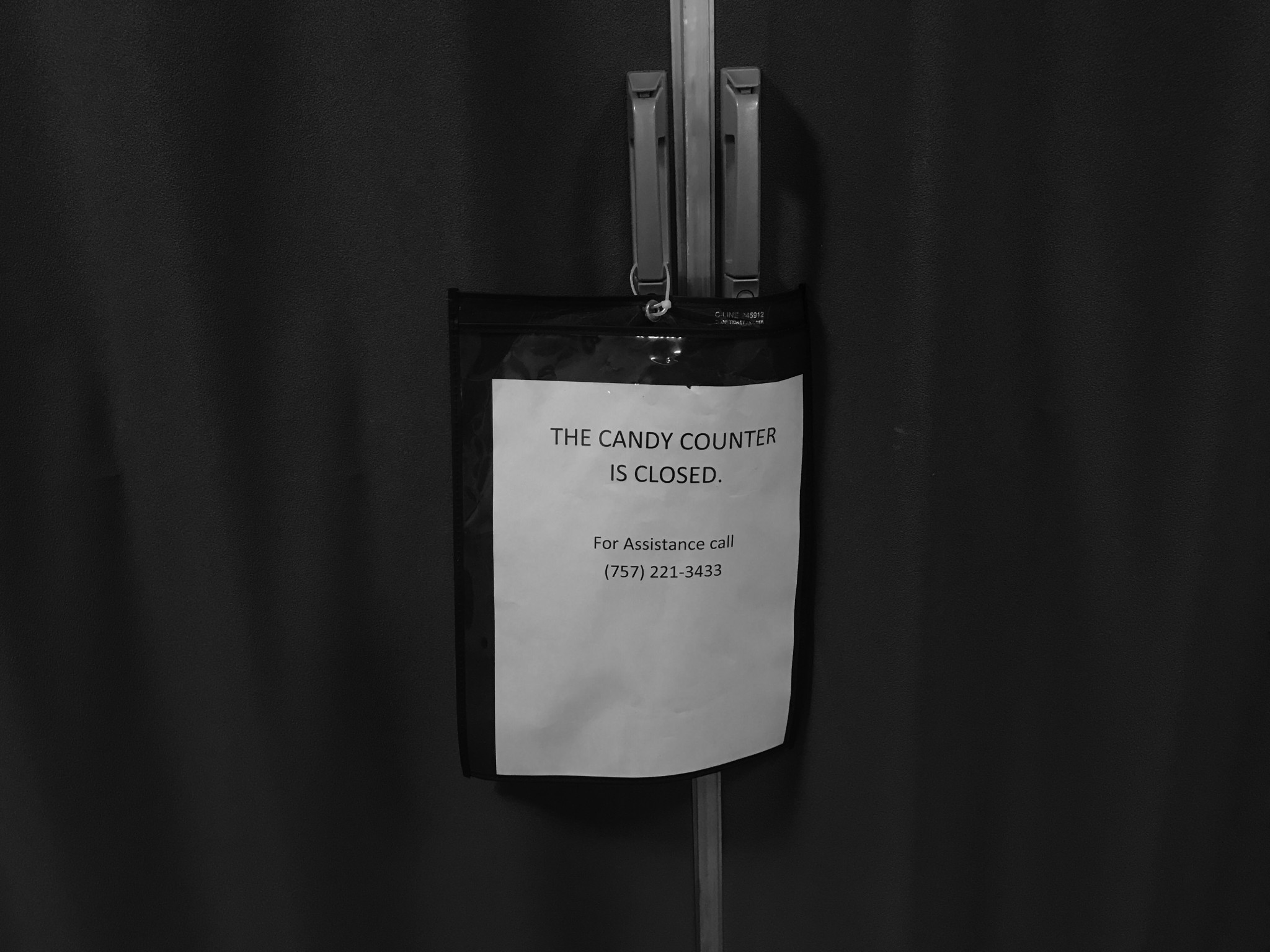 When I returned to campus after winter break, I patiently awaited the opening of my favorite dining hall. When I left my first Marketplace dinner of the semester feeling wholly satisfied, I was then met with an unpleasant shock — the shelves of the Candy Counter had been completely cleared out, and the employee working at the desk said it was for good.

While its customer base may have been small and its fare may have been unhealthy, the Candy Counter was a cult favorite on our campus and will be sorely missed.

After another friend and I bought mystery Airheads 10 for a dollar, he was shocked to learn that (spoiler alert) the mystery flavor is mostly just blue raspberry.

While I always lamented the fact that the Candy Counter didn’t take flex — and I’m sure my parents weren’t thrilled that such a significant portion of the money they gave me for laundry was spent on Airheads and Sour Brite Crawlers — but the way to solve those problems was better money management on my part, not the removal of the Candy Counter.

We basement dwellers at The Flat Hat are in the office until so-late-it’s-early every Monday night, and the Candy Counter has always been an important part of our production night routine

We basement dwellers at The Flat Hat are in the office until so-late-it’s-early every Monday night, and the Candy Counter has always been an important part of our production night routine. A 5:00 dinner followed by a 7:30 second dinner was always followed by a 9:50 run up to the Candy Counter for our last chance at easily-accessible sustenance for the night. While, of course, it’s easy to argue that it would be better for me to replace my late-night candy with a healthier snack, there’s just something special about eating an excessive number of Sour Patch Kids because you still have never been able to figure out the appropriate weight to ask for.

I’ll need to make a point of dropping by this new Information Desk to talk to the employees because the candy wasn’t the best part of the Candy Counter — it was the wonderful people who worked there. These delightful human beings didn’t just do their jobs and scoop out candy into paper bags; they were always willing to swap favorite Criminal Minds episodes, genuinely laugh at my jokes (which is rare, believe me), and help out a girl who had clearly hit some kind of rock bottom.

In a particularly pathetic incident, I once had only eight cents left on my Express and absolutely no cash at my disposal, but I was deeply craving sour gummy worms. Without even laughing, the Candy Counter employee who was working that night carefully put three gummy worms into a paper bag for me. Those three gummy worms were appreciated immensely and were probably my best ever use of eight cents.

There was never a long line at the Candy Counter, and I’m sure those jars of candy weren’t changed out very often, but those of us who enjoyed the reasonable prices and warm demeanor of the employees were there religiously. I hope the powers-that-be will consider bringing back the Candy Counter so that I can continue to waste small amounts of Express on unhealthy snacks and happiness.

Email the author at emchaumont@email.wm.edu