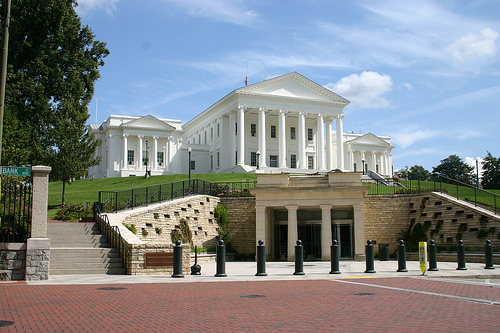 March 1, the U.S. Supreme Court referred a case back to a lower court to reconsider whether voting districts for the Virginia House of Delegates were unconstitutionally drawn to sequester African-American voters.

The case, Bethune-Hill v. Virginia State Board of Elections, featured one voter from 12 different districts, challenging whether the General Assembly racially gerrymandered its districts after the 2010 census.

The decision concurred with the lower court that House District 75 was unconstitutionally drawn based on race and remanded the other 11 districts to the lower court for further review.

Government professor John McGlennon said that he believes the Supreme Court’s ruling sided with the plaintiff’s position that the districts were unfairly drawn.

“The contention of the plaintiffs in this case is that what the Republicans did when they drew the lines is that they found as many African-American voters as they could and packed them into the smallest number of districts possible, knowing that they’re the most strongly Democratic voting block of all,” McGlennon said.

Delegate Mike Mullin (D-Newport News) said that he views this ruling as a milestone in a growing movement to reduce gerrymandering in Virginia politics and thinks that the issue of gerrymandering crosses party lines.

“There is momentum building every day on this issue,” Mullin said. “Only a couple of years ago people weren’t even aware that this was a problem. Both sides need to be held accountable for this. This is not a partisan issue, it is an ethical one.”

All 100 House of Delegates members are up for reelection this year and Mullin said that he believes that redistricting reform should be a crucial issue leading up to November.

“It’s a fundamental threat to our democracy,” Mullin said. “I’m sure that there are people who might want to extend it to protect political incumbents, but this is the ethical issue of our time in politics. Every politician should be held to account for whether they stand for free and fair elections.”

Republicans currently hold 67 out of the 100 seats in the House of Delegates, which features districts that, according to Mullin, rarely change party representation.

“In 2015, 93 out of 100 House of Delegates seats were essentially uncompetitive,” Mullin said. “Either a Republican or Democrat would remain in that seat. The 93 [district], that I represent, is one of the seven that is hotly contested and competitive.”

In January, Delegate Steve Landes (R-25) proposed an amendment to the Virginia Constitution designed to ensure fair redistricting measures. A section of the proposed amendment states: “No electoral district shall be drawn for the purpose of favoring or disfavoring any political party, incumbent legislator, member of Congress, or other individual or entity.”

“That is the most simple and fair language that could possibly be written,” Mullin said. “I don’t know how anyone could be against that. That is fundamentally good and ethical government in one sentence.”

The amendment died after an unrecorded vote in a House subcommittee meeting Jan. 30. While the decision was released more than eight months before the upcoming election, McGlennon said he does not believe the districts will be redrawn in time.

“We’re probably talking about too much time before they reach a decision that would affect this November’s election,” McGlennon said. “So the odds are that it would affect the 2019 House of Delegates election.”

As the 2020 census nears, organizations like One Virginia 2021 are seeking to amend the Virginia Constitution and create an independent panel responsible for redrawing districts. State Senator Monty Mason ’89 (D-Williamsburg) supports these efforts and said he believes that objections to its proposed reforms are not strong.

“One fairly weak, I believe, argument against that is that you will never get a completely nonpartisan panel,” Mason said. “But, you can certainly have a more impartial panel do a better job of it, taking the politics of the individual body drawing it out of play.”

Even though competitive districts are not possible in all areas of the Commonwealth, Mason thinks that reform will benefit Virginia’s elections.

“Let’s say you’re not going to be able to draw 100 competitive districts just because the lay of the land and the way people lean in certain parts of the state, but what if you drew 60,” Mason said. “Whatever the number may be, more competition spread out among the state will attract the best and the brightest to run, spread the resources out among the parties so they can’t just bear down on seven or eight seats and try to flip them every time.”

McGlennon said he understands the potential benefits of an amendment but is skeptical that one can be passed.

“I think the courts are looking at these decisions now, and they are coming to the conclusion that there is no way that you can get the legislatures to voluntarily give up their control, and so you have to do it through the courts,” McGlennon said.

Young Democrats Vice President Greg Akerman ’19 said he believes that students need to learn about gerrymandering because it will affect them throughout their lives.

“Gerrymandering as just an issue is probably the one thing that’s going to keep on affecting young people for generations to come,” Akerman said. “Democrats, actually, in Virginia gerrymandered in the [19]60s basically until the early 2000s, and it kept control in Democratic hands.”

Akerman said he also believes that the Supreme Court ruling is a sign of progress, but that there is still significant work left.

“What the Supreme Court has said is that racial gerrymandering is completely illegal,” Akerman said. “So you’re not allowed to pack large minority populations into districts unfairly and un-contiguously. But what you are allowed to do is take away race and say that ‘I just want to pack all my voters into my district’.”

McGlennon hopes that the Supreme Court will remove this ability through future rulings to protect democratic principles in the states.

“If you want government to represent the will of the people then you have to have a mechanism in which the people’s voices can be heard,” McGlennon said.