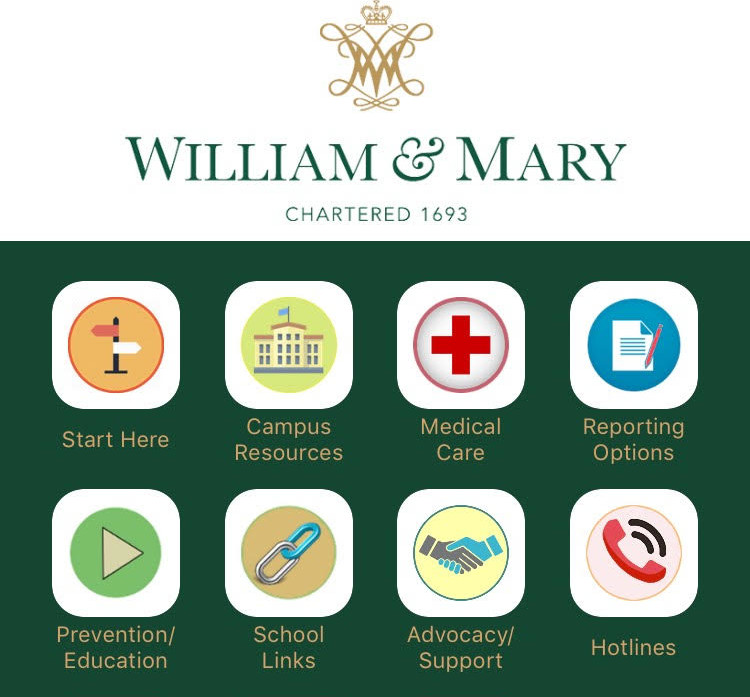 Built by a team comprised of four childhood friends and a programmer in Barbados, Reach Out Editions includes a customized website for each of the United States’ roughly 2,600 two and four-year colleges and universities.

None of the original four founders have degrees in computer science or fields relating to sexual misconduct. With an eclectic set of undergraduate degrees in political science, economics, pre-med, psychology and sports science, the four only became interested in sexual misconduct and Title IX regulations after graduation, following the notorious 2014 Rolling Stone article which claimed to describe a group sexual assault at the University of Virginia.

Driven by a desire to find something productive to do with their lives and a curiosity in the subject, initial discussions at the kitchen table of Jack Zandi, one of the four founders, paved way to a comprehensive process of researching campus sexual misconduct.

Upon scrubbing the websites of colleges and universities, Zandi said it proved difficult to find campus resources for sexual misconduct.

Once we started really diving into this topic and … going to schools’ websites to try to get information about it, we found that it was really hard to find information because it would be scattered all over the place. It would be buried in student handbooks, PDFs, very hard to find — broken links everywhere, incorrect information,” Zandi said.

“Once we started really diving into this topic and … going to schools’ websites to try to get information about it, we found that it was really hard to find information because it would be scattered all over the place. It would be buried in student handbooks, PDFs, very hard to find — broken links everywhere, incorrect information,” Zandi said.

According to Zandi, this information problem is not specific to a subset of colleges — it exists on the East Coast, on the West Coast, in public universities, private universities, secular schools and religious-affiliated schools.

“The one obvious difference, I will say, is a school with money can afford a website and an IT department to keep it up to date, and a fully-fledged Title IX team and a poor college can’t,” Zandi said. “That’s just facts of life.”

Zandi said that the app aims to decrease the burden of victims, friends of victims and family members of victims in getting help and reporting the sexual misconduct by providing a one-stop location for campus resources.

One feature of Reach Out Editions is anonymity. Zandi said that while in the planning stages of the app, one refrain he heard from colleges was the importance of safeguarding students from being tracked. Another feature is that each resource is labeled as being either confidential or not confidential.

Brendan McDonald ’18, a member of 16(IX)3, a student advocacy group for upholding Title IX at the College of William and Mary, was not previously aware of Reach Out Editions but downloaded the app to test it out. Overall, he said the app was “pretty good.”

“It took me a minute to figure out what the first few screens meant when I was trying to sign up and it was a bit not appealing on the eyes … but in terms of the actual resources, it does a nice job in laying everything out,” McDonald said.

McDonald said that the red and green icons which indicate whether each service is open or closed are particularly useful, although it took some time for him to figure out what the icons meant.

The College does currently have an app; however, the Sexual Violence Resources icon links directly to the College’s website, made accessible for smartphone browsers.

McDonald said that he preferred Reach Out Editions to the official app of the College for sexual misconduct information.

“I’d say use [Reach Out Editions],” McDonald said. “I don’t have the William and Mary app, because it just takes you to the website most of the time. This app definitely gives you more streamlined information.”

Health Outreach Peer Educators Vice President of Healthy Relationships and Sexual Aggression Astraea Howard ’18 said Reach Out Editions was new to her, but voiced approval for the app upon reading up on it.

I did some research on it and it seems really cool,” Howard said in an email.

“I did some research on it and it seems really cool,” Howard said in an email. “I think it’s a great idea to have a smartphone platform that contains all of the pertinent information about resources and reporting options for survivors of sexual assault.”

The app includes an online console which allows administrators of schools which have partnered with Capptivation to customize the app for their schools, from altering information to changing the way the buttons look on the screen. 129 colleges and universities are currently partnered with Capptivation. The College is not one of them. However, the College’s information is still accessible through the app.

Moving forward, Zandi said Reach Out Editions is expanding internationally, on the collegiate level and within the United States to the approximately 27,000 high school and middle school districts.